How London Fell Out of Love With Greyhound Racing

This once popular pastime is now non-existent in England’s capital. Most boroughs in London boasted their own track, from Catford to Clapton, from Wembley to Wandsworth, fans would flock to tracks to see some of the fastest land animals in the world compete for champion status. In 2018, those days are gone.

There are still plenty of tracks dotted around the rest of the country, but why has London fallen out of love with the sport? When Wimbledon Greyhound Stadium closed its doors after its final meet in 2017, ‘a night at the dogs’ ceased to exist in the capital. Just like 24 other racing venues in London before it, its last race was run. 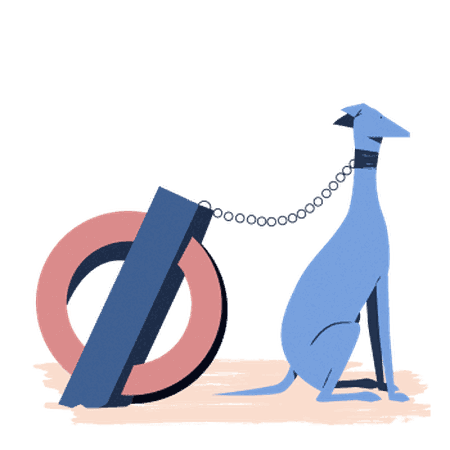 The track at Wimbledon hosted racing for 89 years, and is now making way for AFC Wimbledon’s new 11,000-seater stadium. The League Two football club have had a nomadic history since leaving their old Plough Lane ground in 1991, where they had been since 1912. The new home is fantastic news for the football team, but the flip side is the nail in the coffin of a struggling industry.

Wimbledon was also the home to the English Greyhound Derby, the country’s biggest meet, since 1985. The decision to close the stadium was originally with the Mayor of London (firstly Boris Johnson, and then carried over when Sadiq Khan came into office), but was passed on to Merton Council. The proposal, given the new retail and residential opportunities that came with the stadium design, saw it approved. The upside is that the proposed plans should regenerate an area in need of a facelift, but while London is filled with football stadiums – for professional and amateur teams – 2018 will be the first year in 91 years that no meets will be held in the city.

That said, there are those within the racing community who point to the sport’s popularity outside London. At the time of the Wimbledon announcement, Simon Banks, the media and communications officer for the Greyhound Board of Great Britain (GBGB), said: ‘We’re quite optimistic (about the future). There’s a certain resilience in the sport, we’re the sixth largest spectator sport with two million attendees every year. It’s not the end of the world, but it’s certainly the end of Wimbledon and it’s a sad night.’

Greyhound racing originally evolved from coursing, a form of racing that saw dogs chase after a hare or rabbit. It sees dogs using their sight and speed to hunt another animal, rather than fox hunting in which it is their scent that leads the way. Although coursing is a form of hunting, bets were placed on which dog would reach their prey first and thus a sporting aspect became involved.

Towards the end of the 19th century, coursing by proxy began, with groups of dogs racing after a mechanical hare, similar to what spectators would see today. It wasn’t until 1925, however, that the Greyhound Racing Association was formed, with the first official race on an oval track taking place a year later. The Belle Vue Stadium in Manchester saw 1,700 spectators watch the meet and its success led to Harringay Stadium and White City Stadiums in London being opened shortly after.

For the next two decades, greyhound racing attracted millions of spectators every year. There were over 250 tracks across the country (although the majority of these were independent, rather than carrying a full license), with London boasting tracks in Battersea, Walthamstow, Leyton, Stamford Bridge, Park Royal and New Cross, among others. Just like horse racing, it was the gambling that created the buzz and attracted the punters. Races were short, frequent and easy to follow. You didn’t have to be an expert to be able to place a bet and get lucky, and if you didn’t win it didn’t matter because the next race was minutes away.

Perhaps part of the appeal was the accessibility. Unlike its equine cousin, tracks were much smaller, so could be built in the middle of cities. Unlike many sections of horse race tracks, there was no dress code, no requirement to wear a waistcoat and tails. ‘The dogs’ was the grittier, scruffier option, more flat cap than top hat, but still just as exciting. 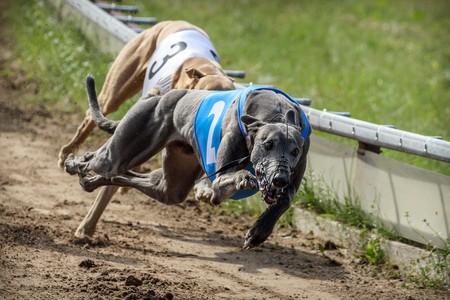 In 1960, the UK Betting and Gaming Act came in, and along with it so did off-course cash betting. With people now able to bet from bookmakers, watching races on TV was an easy option, rather than heading to the track itself. Small amounts of television coverage and sponsorship have managed to keep the sport alive, but haven’t been able to keep the London tracks alive. Walk into any bookies in London and you’ll find people betting on the dogs, but it’s the lack of paying customers in the stadium that has become the issue.

It sounds cliché, but watching on TV pales in comparison when compared to watching a race live. Even on a cold night, wrapping up warm and standing trackside, drink in hand, is a brilliant experience. A television will never relay the sheer speed of the animals. It’s a 30-second crescendo, ending in utter delight (not to mention some extra pennies in the pocket), or despair at your rotten luck. Each race a perfect, little shot of adrenaline, simmering throughout the night until it boils over for better or worse.

Greyhound fans will still go to races, although they may have to travel further to do so. What the sport will lose is the casual fan: groups of friends heading out for a night that offers something different to the norm. Why go to a crappy bar playing awful music, when you can have a drink and a flutter elsewhere? You can listen to the announcer call out your winner, rather than the end of a Lady Gaga song forced into the start of Clean Bandit’s latest monstrosity. You’ll probably still get that awful kebab on the way home, only this time you might have won some money to cover the cost. For Londoners, however, the option no longer exists.