Silent, international, classic — there’s much more to film then watching the latest Hollywood blockbusters. In London you can experience it all, thanks to its array of unique, independent venues. From hot tub viewing in Shoreditch to the latest in Kurdish film, we’ve stepped off the beaten track to bring you the best of London’s cinemas. 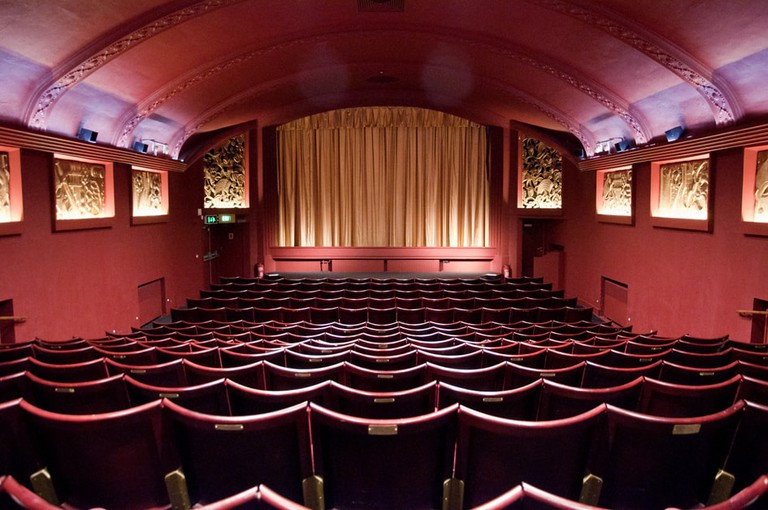 The Phoenix Cinema | Courtesy of The Phoenix
The Phoenix is one of the oldest cinemas in the UK, and it hasn’t lost any of its authenticity — today’s blockbusters are screened under the same vaulted ceiling that saw the cinema through both world wars. Its history and class make it the perfect spot for cinephiles, including film critic Mark Kermode, who has named it as his favourite cinema. Today, it shows the latest in independent and foreign films and is part of a wave of cinemas streaming live ballet and opera. The cinema is owned by a trust, which stepped in after wrecking balls threatened it in 1985, and profits are reinvested into the building and community education.

Visit Hampstead Everyman for an experience not unlike watching a film your own sitting room — but on a huge screen with surround sound. You can choose between two-seater sofas and leather armchairs in this plush North London venue, and for special occasions there is a private screening room which seats up to 15. As if that wasn’t luxurious enough, you can also get waiter service to your seat, or visit the yoghurt bar before the film for a healthy treat. Follow up the film with a wander through picturesque Hampstead or nearby Hampstead Heath. 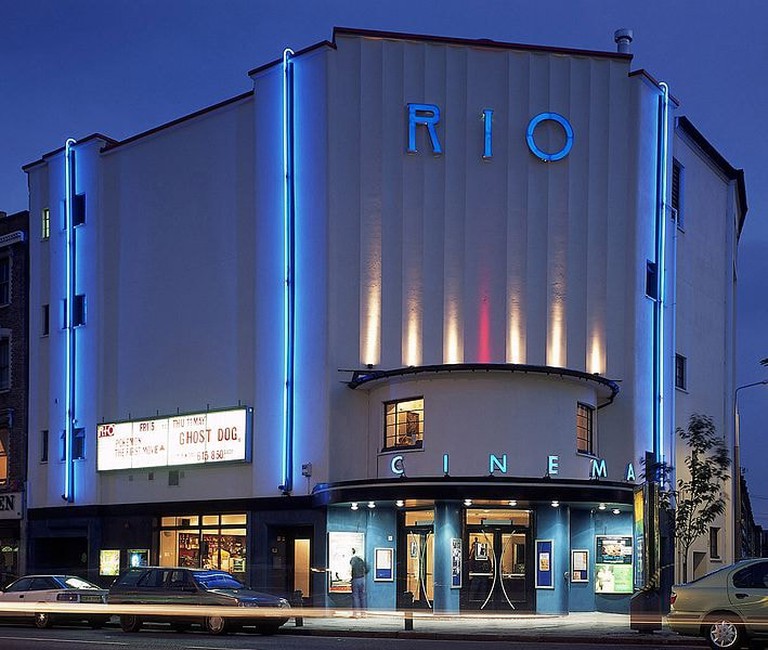 Rio Cinema | © WikiCommons
Situated in the heart of Dalston, arthouse cinema Rio shows a mixture of big-name and smaller, overlooked features. Its cheerful blue exterior and retro architecture attract everyone from families to the area’s signature fashionable yuppies, and its programme of foreign films, baby screenings and big-name blockbusters offers something for everyone. The concessions stand offers homemade cakes and coffee — a nice change from hotdogs and nachos. Rio also hosts an annual festival showcasing Turkish, Kurdish, Spanish and Gay and Lesbian film-makers, putting the spotlight on communities that are often neglected in big-name cinemas.

Cinema
Facebook
Email
Twitter
Pinterest
Copy link
Share
Ritzy picturehouse is the largest independent cinema in the UK, boasting five screens and dozens of showings a day. Located in the centre of bustling Brixton, the cinema is well-known locally for allowing its screenings board to be taken over for wedding proposals and birthday wishes — so don’t accidentally walk in and ask for two tickets to ‘Will you Marry me, Marie?’ Inside, the cafe and two bars offer drinks and food, ranging from burgers to poached salmon, to suit any taste (and budget), and the cinema has become something of a social hub, where locals regularly drop in for coffee or drinks. The cinema also hosts board game events and live music upstairs, alongside its traditional screen-based fare.

Sandwiched between Chinatown and Leicester Square, the Prince Charles offers a cheaper, cultural alternative to the famously expensive West End cinemas nearby. The Prince Charles runs themed classic film seasons alongside its pick of current and cult films, and its cosy, leather-panelled bar is the perfect spot for a pre- or post-film drink. There are two screens to choose from — the first, much larger auditorium is used for new releases, while the smaller room downstairs offers a more intimate experience. Check their website before your visit to see if you’ll catch one of their special events — a recent offering was a masked ball viewing of the 1986 film Labyrinth. Cinema nuts can also become members and buy discounted and pre-sales tickets. 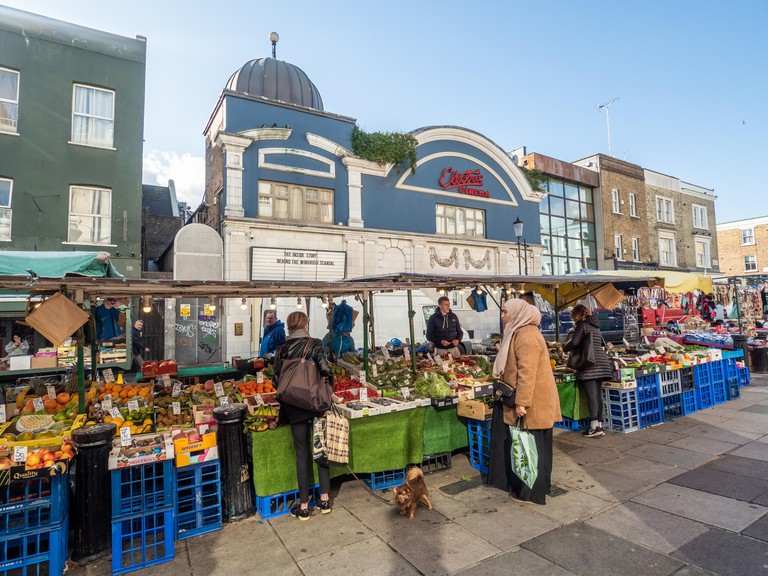 Electric Cinema, Portabello Road | © escapetheofficejob / Alamy Stock Photo
The Electric, part of an upscale trio of diner, cinema and private member’s club on Notting Hill’s fashionable Portobello Road, offers the comfiest viewing experience around. The seating in the main theatre comprises sixty-five leather armchairs and footstools and, that’s right, six double beds in the front row. They even supply cashmere blankets. The bar menu is equally luxurious, featuring champagne and high-end snacks like pork belly or flavoured houmous – no yellow popcorn here. The 100-year history of the cinema has been turbulent, but in 2001 entrepreneur Peter Simon (founder of clothing brand Monsoon) stepped in to fund the £2m refurbishment of the building, securing its future with a top-of-the-range screen and opulent interior.

Tucked away near the hustle and bustle of Borough Market, this bar-cum-cinema is London’s best kept secret. Its regular film club invites patrons to enjoy a specially-selected double bill while they enjoy burgers, beers and the venue’s superb cocktail menu. The Roxy has become notorious for its pitch-perfect film choices (we hear their horror showings are particularly good) and you’re guaranteed to find a crop of bona fide film fanatics in its dim screening room among battered armchairs, bar stools and sofas. If you can’t stand cinema whisperers, this isn’t the place for you — screenings have been known to turn into passionate debates between members of the bar’s clientele.

While perhaps not the most dignified way to enjoy a film, watching from a hot tub on an East London rooftop is certainly a unique experience. Hot Tub Cinema runs pop-up events around London every summer, and instead of seats, you reserve places in one of its inflatable hot tubs – or a private tub for up to six people. Their previous seasons have been sell-out successes, showing an appetite for open-air, innovative viewing in the city. Buy drinks from their pop-up bar and enjoy the London skyline as a backdrop for their choice of classic film, safe in the knowledge that you’re riding the wave of cinema’s newest (and most unlikely) trend.

Locations for this summer TBA – check here for details, or email hello@hottubcinema.com