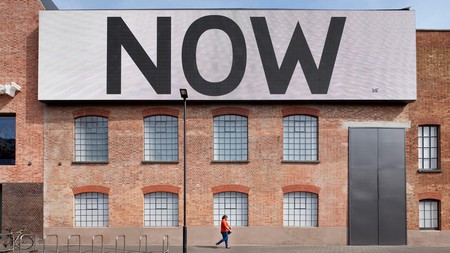 South London has a rich and vital contemporary art scene, as demonstrated by this list of the borough’s contemporary galleries. Some have been a mainstay in the arts scene for a long period of time, while others have burst onto the scene in recent years. Essentially, all these galleries play an active role in their respective communities, enriching the lives of local residents. Here are 10 of the best spaces in South London for contemporary art. 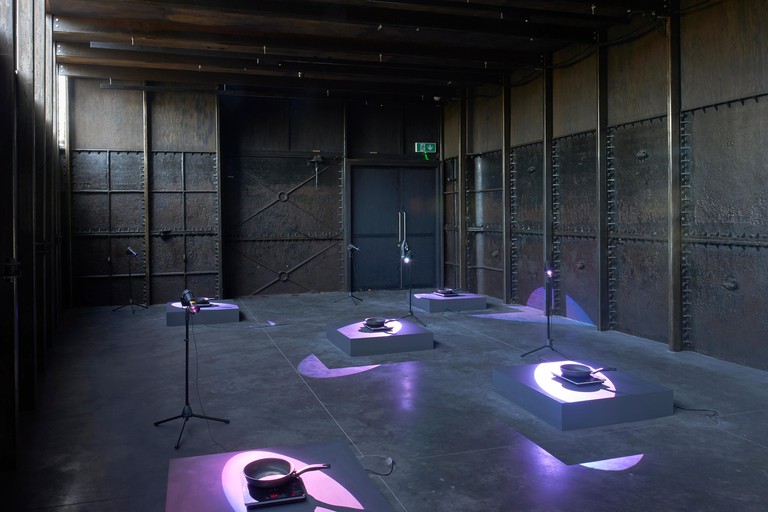 The art college that launched many of the Young British Artists’ (YBA) careers opened its new public art gallery complex, the Goldsmiths Centre for Contemporary Art (Goldsmiths CCA) in September 2018. Designed by the Turner Prize-winning architecture collective Assemble, Goldsmiths CCA is located in a redeveloped Grade II-listed building on the college’s campus and boasts eight gallery spaces. The gallery makes wonderful use of the building, a former bathhouse, and puts on an impressive roster of artists from all over the world, with the aim to enhance Goldsmiths’ reputation for excellence and innovation in the arts. When you visit, don’t miss the most exciting of the galleries – an iron-lined Victorian water tank that’s become a striking background for contemporary art. And make sure to peek into the former swimming pool, now used as studios for the students of Goldsmiths College.

Art Gallery, Museum, School
Facebook
Email
Twitter
Pinterest
Copy link
Share
Map View
It may come as a surprise that Eltham College, an independent school, has made a tangible contribution to the contemporary art scene in South East London. Yet it has, thanks to the addition of Gerald Moore Gallery, which was built in 2012 on the school’s grounds. Influenced by its scholastic settings, the gallery hosts artist-run programmes for all age groups. Additionally, it works with the South London Network of Artist Teachers (SLNAT), which allows art educators to share teaching practices. All exhibitions are free entry.
Open In Google Maps
Mottingham Lane, Mottingham, London, England, SE9 4RW, United Kingdom
+442088570448
Visit Website
Give us feedback 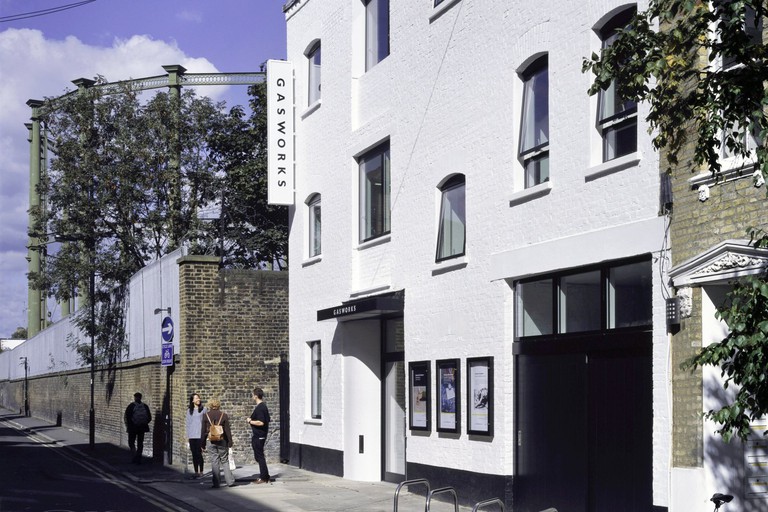 Gasworks is a vibrant hub of experimentation and innovation, and has been a part of the South London art scene for over 20 years. What makes Gasworks unique is its membership with Triangle Network. The international network enables artists and art organisations within the contemporary visual arts field to exchange ideas, as well as sharing skills and experiences. Gasworks is deeply committed to nurturing UK and international artists, allowing them space to express their ideas. The space hosts 16 residencies a year, and open studios allow visitors to witness up close the process of an artist at work. Talks and seminars are also held to supplement the residencies. Usually, there are four main exhibitions every year – always worth checking out.

Housed in a Grade II-listed building, with Camberwell Arts College, South London Art Gallery and Goldsmiths College all located nearby, GX Gallery is handily placed in the historic Camberwell area. The gallery is spread over two floors, both dedicated to exhibiting contemporary art, and represents artists such as Sir Peter Blake, Katya Levental and Hannah Battershell. GX is keen to engage with painters, printers and photographers and explore the role they play in the contemporary art scene, and the gallery also regularly hosts graduate exhibitions where you can discover new talent. 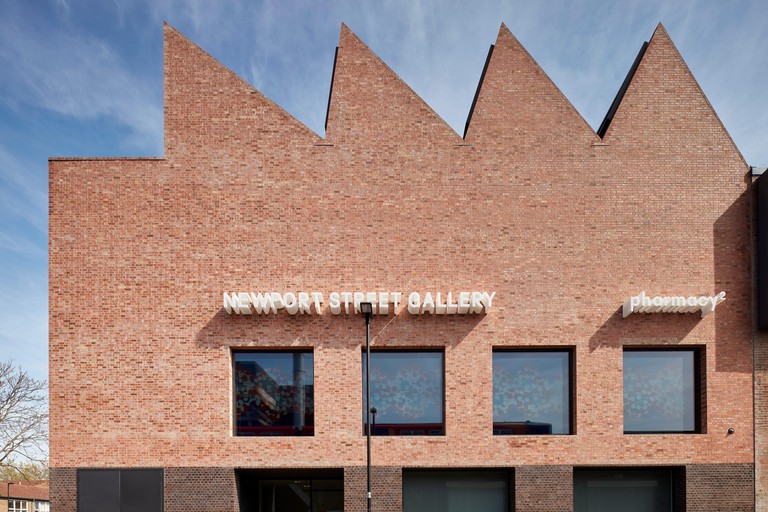 The Newport Street Gallery in Vauxhall opened in 2015 and shows works from artist Damien Hirst’s personal collection, which he has been building since the 1980s. It now contains over 3,000 works from artists including fellow YBA Tracey Emin, as well as Richard Hamilton, Sarah Lucas, Pablo Picasso and Francis Bacon. It’s not just the art that’s worth visiting for, though – the gallery is located in three striking listed buildings that were turned into one by Caruso St John Architects and won the RIBA Stirling Prize for best new building in 2016. Make sure you check out the in-house restaurant and bar, Pharmacy 2, an insanely Instagrammable space that’s the follow-up to Hirst’s 1998 Notting Hill restaurant, Pharmacy.

Along London’s South Bank stands the magnificent Tate Modern, opened in 2000. Situated in the disused Bankside Power Station, it has been reinvented (along with the grand Turbine Hall and the majestic tower) as a beacon for modern and contemporary art. The gallery itself has semi-permanent thematic displays of its collection, as well as temporary exhibitions, and famous paintings such as Pablo Picasso’s Figure dans un Fauteuil and Piet Mondrian’s abstract masterpiece Composition C are showcased beautifully throughout. The new Blavatnik Building, which opened in 2016 and was temporarily known as the Switch House, has given the art behemoth even more galleries, as well as performance spaces and a viewing platform. The Tate Modern is more than just an art gallery; it’s one of the capital’s most important cultural institutions and an essential part of the London skyline.
Open In Google Maps
Bankside, London, England, SE1 9TG, United Kingdom
+442078878888
Visit Website
Give us feedback

If you fancy checking out some contemporary art in a beautiful Georgian house, this is the place for you. The Danielle Arnaud Gallery aims to buck the commercial trend and provide visitors with a unique experience. By using her own house as an exhibition space, Danielle Arnaud seeks to challenge the tradition that artwork can only be considered art if it’s exhibited in an art gallery. This charming, furnished domestic space is a refreshing change from the usual white cube setting. The gallery has been part of the Lambeth art scene since 1995, showcasing young and emerging artists from across the globe. 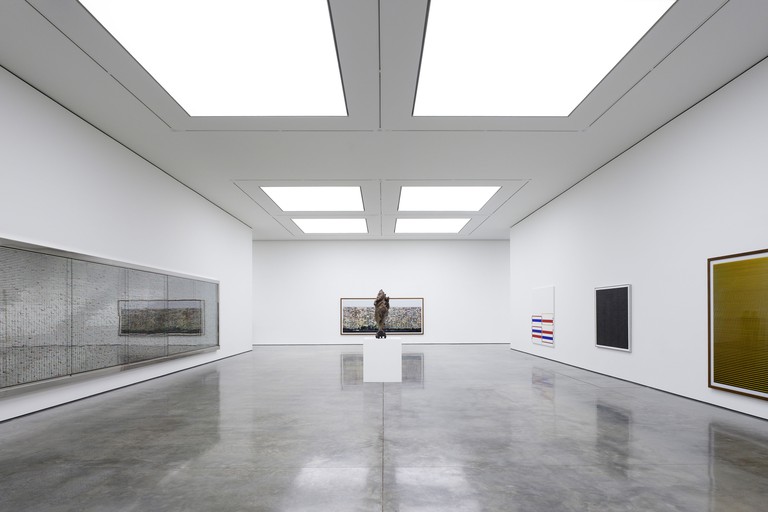 The White Cube, Bermondsey puts on some of the most notable shows in London | © Paul Riddle-VIEW / Alamy Stock Photo
The concept of the “white cube” was introduced in the early twentieth century, when artists whose works had an emphasis on colour and light preferred to exhibit their works against white walls. It’s a reference that’s certainly relevant to the sparse, light interiors of the White Cube Bermondsey, located inside a renovated 1970s building. The gallery, one of two White Cubes in London, constantly puts on some of the most fascinating and notable shows in London – past exhibitors include Theaster Gates and Tracey Emin – and its bookshop is well worth a browse. Bermondsey Street itself is an interesting area to stroll around, with its cultural hotspots (the Fashion Textile Museum is also here), cool restaurants and classic pubs.
Open In Google Maps
144-152 Bermondsey Street, Bermondsey, London, England, SE1 3TQ, United Kingdom
+442079305373
Visit Website
Give us feedback 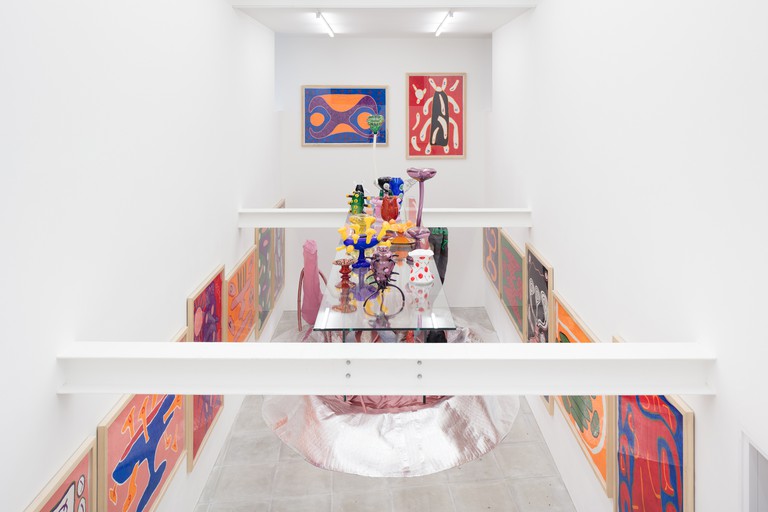 The Sunday Painter has been a part of the South London art scene since 2009, when it started out as a project space. Previously located in Peckham, the gallery has been in a larger space in Vauxhall since 2017. Expect exhibitions by exciting young artists – The Sunday Painter is always a good bet when you want to see something new and fresh, and entrance is free.