East London has officially established itself as the city’s contemporary art hub. Events like Whitechapel’s First Thursdays have drawn the crowds to this thriving art scene, with over 150 galleries in east London open late, hosting exhibitions and public talks. We look at a selection of the most interesting galleries in the London Borough of Hackney and the vibrant young artists they represent.

Karin Janssen is a successful artist in her own right and when not exhibiting in the Netherlands and London, she runs the Karin Janssen Project Space. The Project Space exhibits both well-known and emerging artists, with Janssen’s curatorial practice complementing her work as an artist. Interested in the relationship between cultures and art, Janssen’s current exhibition Chinese Whispers includes artists from the UK and the Netherlands, exploring the connection between their cultural differences and similarities. Audiences only have a few more months to appreciate the art on show in the Karin Janssen Project Space – come January 2015 the artist and her gallery are relocating to Shanghai.

Founded in 2005, The Residence Gallery has undergone a few transformations. Originally located in an abandoned mental hospital in Whitechapel, it can now be found in Victoria Park Road in Hackney. The gallery focuses on installation and multimedia exhibitions, constantly attempting to redefine the notion of contemporary art. In autumn 2014, the gallery showed Darren Coffield’s Psycho, selected by Whitechapel as one of the top 5 exhibitions for First Thursday. Coffield’s Paradox Portraits explore ideas of psychosis and optical illusions, echoing the mental hospital origins of the gallery space. The Residence Gallery consciously choses artists that push the boundaries and perceptions of visual art, just as the gallery aims to do itself. 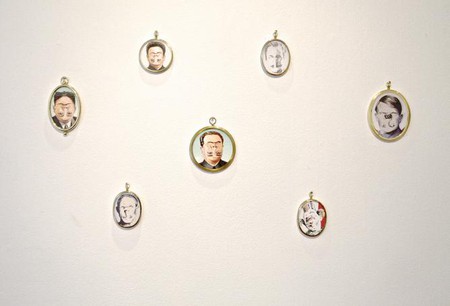 Originally established as Waterside Projects in 2008, Waterside Contemporary focuses on multi-disciplinary artists, and like many of the galleries in the London Borough of Hackney, shows mid-career artists alongside those who are new and unestablished. Taking part in international art fairs, Waterside Contemporary creates valuable exposure for their artists, as well as hosting many internationally acclaimed exhibitions in its gallery space. The gallery uses its international focus to allow its artists to comment on political issues and current debates, all framed by the context of its London setting. Artists represented include Javier Rodriguez, Libia Castro and Ólafur Ólafsson. 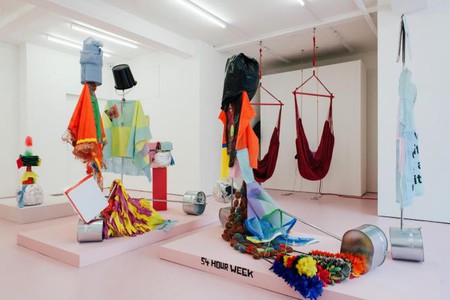 One of the oldest galleries in the east city, Wilkinson Gallery was founded in 1998 by Amanda and Anthony Wilkinson. Despite its age, the Wilkinson gallery still manages to maintain its reputation as an innovative space that promotes both established and up-and-coming artists. Artists represented include Joan Jonas and George Shaw, both owing their international acclaim in large part to the efforts of Wilkinson Gallery. Unlike many of the younger galleries, Wilkinson has proved its staying power, whilst still managing to maintain a strong stable of innovative young artists. 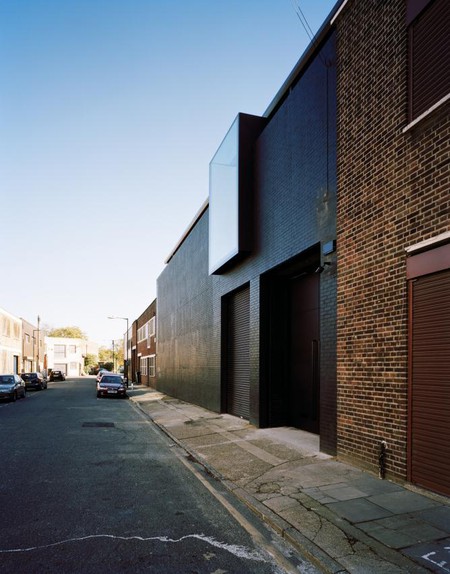 A-side B-side is an artist-run gallery space, started in 2011 by Tinsel Edwards and Catherine Magnani. Like many of the most innovative art spaces in east London, artists are taking over the traditional gallerist roles, removing the focus from a money-making venture and instead pushing the boundaries of what constitutes an art exhibition. Part of the Hackney Down Studios, A-side B-side is not just a show room. As well as exhibitions, it hosts project and studio spaces alongside art events and master classes. Mind the Gap, Silvia Lerin’s first solo show in London, opened on 6 November. Inspired by the ubiquitous ‘mind the gap’ announcements on the tube, Silvia used the idea of a ‘gap’ to explore her personal experiences in London. Funded by the Pollock-Krasner Foundation and hosted by A-side B-side, exhibitions like Mind the Gap would not be possible without forward-thinking artist-run spaces like these.

Hosting international and London-based artists since 2011, Hundred Years Gallery is dedicated to foregrounding innovative contemporary art. Not content to stick to traditional static art forms, Hundred Years Gallery focuses on digital, performance art and installation. The gallery’s strength lies in their relationship with the artists they exhibit, collaborating with them to produce ambitious projects. Their current exhibition Africa’s Last Colony: 40 Years Not Forgotten is an example of the gallery’s Avant Garde contemporary focus. The series of multi-media events aim at reminding the British public and politicians about the ongoing 40 years-long plight of the indigenous Saharawis from “Africa’s Last Colony”: Western Sahara. A bold statement regarding London’s art world and the contentious issue of immigration, Africa’s Last Colony: 40 Years Not Forgotten fits in with the image of the Hundred Years Gallery as a boundary-pushing contemporary art space. 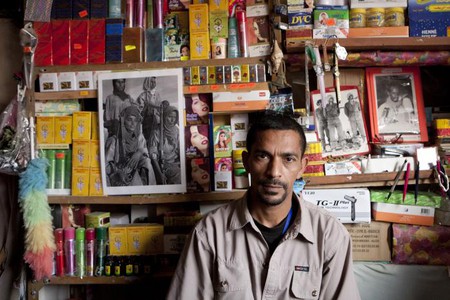 Opened in 2010, Andor contemporary art gallery focuses on UK and European artists, helping them to realise their ambitions. One of these innovative and inclusive projects hosted at Andor is Foam by Mat Jenner. Various participating artists are chosen by guest curators and commissioned to create once-off 12inch records. These unique records are carefully presented inside Andor, treated as valuable art objects – each record available for the audience to listen to, encouraging participation. Jenner’s project challenged the typical views of what constitutes an artwork and promotes artistic collaboration, which makes it uniquely suited to a space like Andor. The building it currently occupies was previously an artist’s studio and is now, fittingly, a contemporary gallery that fosters artistic innovation and collaboration.

Many of the East City artist-run pop-up spaces are a result of artist’s disillusionment with the current commercial gallery system. Established in 2012, Espacio Gallery hosts events, talks and exhibitions, all with the aim of strengthening the community of the artist members who run the gallery, and fostering new relationships with fellow artists. Funded by the artists, and occasionally hiring out the venue for carefully selected exhibitions, Espacio is free from the commercial interests of traditional galleries and instead able to host thoughtful exhibitions that are geared towards audience engagement. The current exhibition ‘Flesh’ celebrates the physicality and sensuality of the human body. 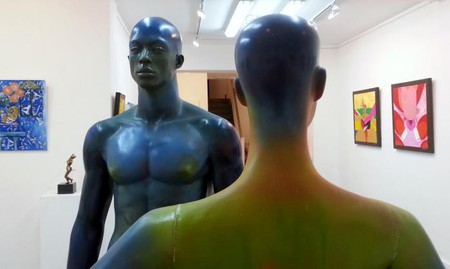 This is not a Takeaway

This is not a Takeaway is not exactly what one might traditionally call a gallery. Describing itself as a ‘curatorial project’, it is a series of events where different artists look at the concept of food, the way it is prepared, presented and treated. Starting in East London and expanding outwards, TINATA combines a gallery space with a restaurant – two hubs of conversational and potentially collaborative activity. Silvio Palladino founded TINATA in 2012 because he wanted to create a space where he could explore ideas of working within a public environment. In collaboration with Sorcha-Mae Stott-Strzala, an artist who experiments with edible performance art, Palladino uses his mobile food ‘gallery’ to foster dialogue and challenge the traditional idea of a fixed gallery space. 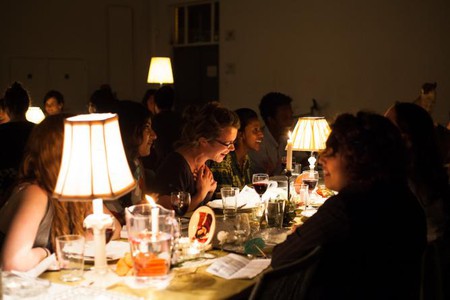 Emerging artists can be credited with much of the energy and vibrancy of East London, and galleries like Union Gallery are taking advantage of that. For many of the artists shown at the gallery, it is their first time exhibiting in the UK. Founded in 2013 by Jari Lager, Union Gallery represents a small selection of artists, including Matthew Stone, Soon Hak Kwon and Rose Wylie. Unlike Stone and Kwon, Wylie certainly is not the youngest artist, yet her work has only become widely recognised in the last few years, thanks in no small part to Union Gallery. The gallery is dedicated to showcasing talent from a range of exciting emerging artists of all ages and backgrounds.