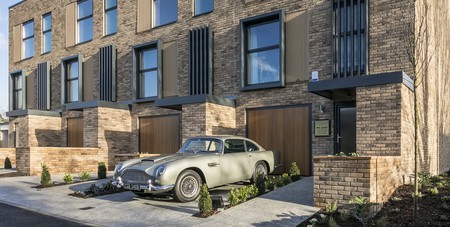 Every movie fan around the world will suddenly be heading to Buckinghamshire, just outside of London, to check out and potentially own one of these stunning homes at the iconic Denham Studios. 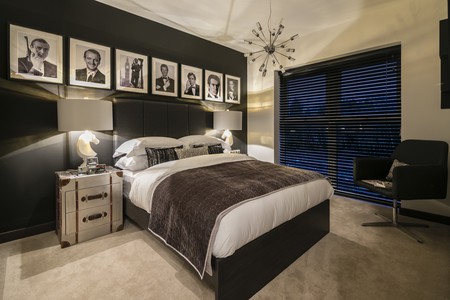 One of the UK’s leading residential developers has turned Denham Studios into one of the South East’s property hotspots, transforming the vast space into a number of stunning houses and apartments that you can now own.

A number of Bond films were edited at the studios, and Stanley Kubrick was particularly fond of working from the location. The luxury art deco dwellings will be part of a redevelopment scheme that will see 224 homes built with a special appeal to film fans. The carefully considered regeneration pays homage to the incredible history of the studios, which were originally built by Alexander Korda.

When operating between the 1930s and 1950s, Denham Studios was used to make unforgettable films like Brief Encounter (1945) and Great Expectations (1946). In the decades that followed, a number of directors used the space to edit their movies and record soundtracks that a generation have grown up with. There is a small museum housed within the studios that showcase props and original scripts from films such as Superman, Star Wars, Indiana Jones and several Bond films.

A great nod to the heritage of the area is the beautifully rebuilt cinema that sits alongside the museum, which is where a number of the greatest films of all time would have been screened for the first time. The editing decks might be gone now, but they have been replaced by additional seating which is in the style of the original chairs. 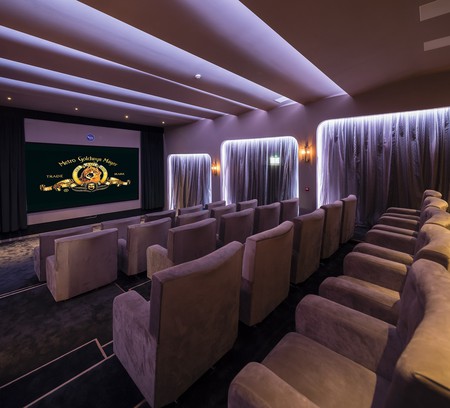 ‘The launch of the James Bond-themed show home is the coolest property event for many years. With its movie-inspired interiors, Bond memorabilia and gadgets, the show home is a “must see” attraction and there is nothing like it on the market place. The Bond movies were produced and edited at Denham, and the show home is a fitting tribute to the wonderful work that took place at the film studios,’ said Bob Weston, Chairman and CEO of Weston Homes, at a press event held to officially unveil a special sign in honour of one of the studio’s most famous previous occupants.

Paying homage to the late Stanley Kubrick, the Denham Studios development recently unveiled a road leading up to the homes that have been built. On hand to see the special event was Katharina Kubrick, the director’s daughter, who said: ‘This is a very exciting development. I’m sure dad would be happy and amused to know that people will be able to drive along a road named after him. I think that millennials and future generations who are unfamiliar with his movies may be inspired to seek out his films and become the next generation of Stanley Kubrick fans.’ 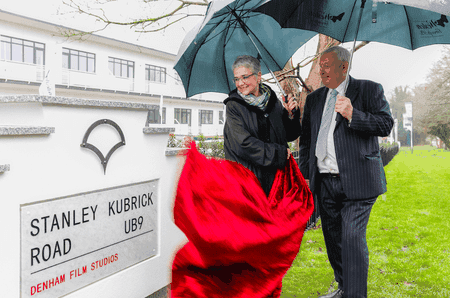