Life On 'White Mars': An Interview With Researcher Beth Healey On Her Year In Antarctica

British doctor Beth Healey may not have been to Mars, but she has a pretty good idea of what it might entail. As a research doctor for the European Space Agency, Healey recently spent an entire year at the Concordia Station in Antarctica (otherwise known as ‘White Mars’) flying the flag for the UK among a team of international scientists. Cut off entirely from civilisation, the plucky folks manning this facility experience some of the most mentally and physically challenging conditions planet Earth has to offer. We grabbed some time with her ahead of her appearance at the New Scientist Live exhibition in London, to find out more.

First things first: What exactly is the role of a researcher at the European Space Agency?

ESA has a medical doctor based at Concordia each year. Concordia is a spaceflight analogue — that is to say, the conditions there are similar to those experienced by astronauts on long-duration spaceflight missions. Therefore, the data collected at Concordia is being used to inform us about the human side of long-duration spaceflight missions of the future. The experiments I ran during my overwinter were a combination of psychology, physiology, and microbiology. I was implementing seven different research protocols to investigate the effects of this extreme environment on the physiology and psychology of the overwinter crew. During the summer, I also drove 1,300km from the coast back to Concordia in a CAT tractor as part of an IPEV overland traverse, taking snow samples in search of new species of bacterial ‘extremophiles’. I was also lead of the medical rescue team and worked with the base doctor in case of emergency. In addition, I analysed the water, as we recycle water at Concordia in the same way as on the ISS. 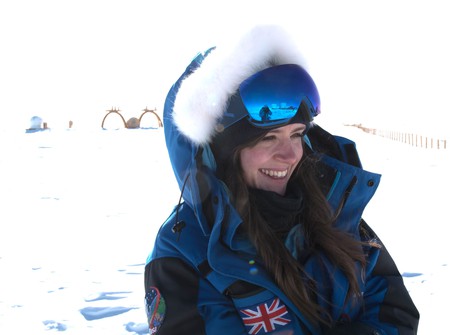 Impressive stuff! How did your trip to the Concordia facility come about in the first place?

While I was a medical student, I had the opportunity to attend a space medicine workshop at the European Astronaut Centre. This really sparked my interest in space medicine and opened my eyes to the variety of careers in the space industry. I also had experience of working in cold environments, having previously worked as part of medical or logistical support teams in a number of remote environments including Svalbard, Siberia, Greenland, and the North Pole. 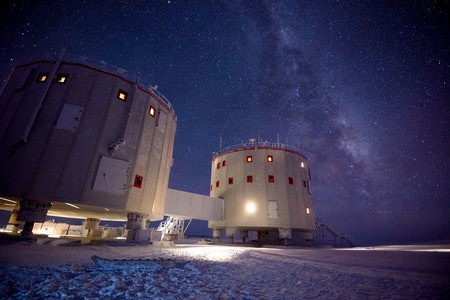 Of course, you weren’t alone in all this. What kind of people were you living alongside at Concordia?

Concordia is a French-Italian base. Our overwinter crew of 13 was formed of French, Italian, Swiss-German and my own, British, nationalities. We were approximately a 50/50 mix of scientific and logistical roles; ten male, three female.

In what way does life at Concordia mirror conditions on Mars? It’s known as the Red Planet after all — wouldn’t an arid desert environment be a closer match?

Concordia Station is referred to as ‘White Mars’ in view of its isolation, inaccessibility, altitude, low light levels and skeleton crew. During the winter, temperatures reach below -80°C, we experience 105 days without sunlight, and are at an altitude of 3,300m.

These conditions mean the crew are inaccessible for nine months during the polar winter, even in case of emergency. This puts unique psychological pressures on the crew, and requires adapted medical models. The low light levels mean the crew are exposed to artificial lighting and have altered circadian rhythms, while the altitude means the pressures are similar to those on board space ships. Research considering the effects of this environment on the crew will help inform us for long-duration missions of the future as they venture further from Earth, where it won’t be possible to evacuate teams. 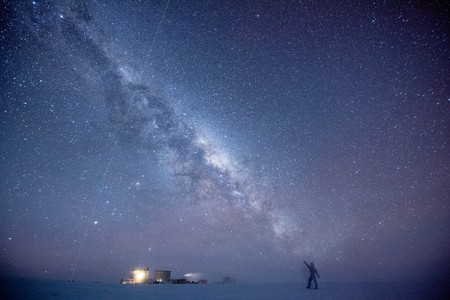 We can only imagine the extreme conditions to which you and your crew were exposed. Would you say prolonged periods of time in such environments are tougher mentally or physically?

For most, the psychological challenge is much harder. Not only are the crew isolated, but there is forced confinement because of the really low temperatures outside. Prior to our departure to Concordia, we went to the European Astronaut Centre in Cologne where we received Human Behaviour Performance training, the same that astronauts have before going to space. This helped us to prepare to live and work effectively together in such an environment.

What personal struggles did you encounter living at Concordia? Were there any moments in which you found yourself regretting your decision to go?

Of course, there were difficult times but, looking back on it now, it’s those that made the experience more interesting! I of course missed friends and family, which was especially hard when there were special events, like engagements or births. If I could go back in time and make the decision again, I would certainly still go, though. 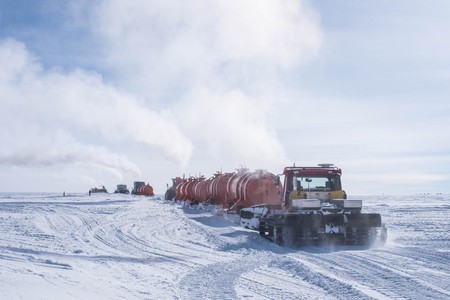 So what would you say you missed the most whilst there?

We have water recycling at Concordia, as they do on the ISS. Due to this, there is a requirement that we use special products in the shower. By the end I really started to miss using normal shampoo and conditioner! We didn’t have any fresh fruit or vegetables, and so I missed avocados, mangoes, and blueberries. Again, it goes without saying that I missed my friends and family!

And what was your favourite part of the experience?

The night sky. During the long polar night (105 days without sunlight) I could go outside at lunch time and see the Milky Way really clearly. We also enjoyed auroras (southern lights) as a crew.

I waited all year to go to the coast and see my first penguin! That was pretty special. The Adélies are my favourite, as they are really curious and will come and say hello, whereas the Emperors are pretty aloof! 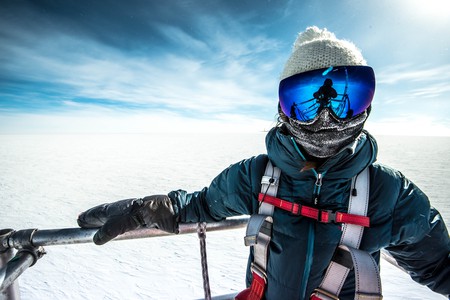 Long periods spent at Concordia may be similar to periods on the Moon or Mars but, of course, nobody has stepped foot on another world for a very long time. Do you think that the general public has lost their appetite for space exploration, compared to in the late ’60s or ’70s?

I think Tim Peake has been a brilliant ambassador for space and has rekindled significant interest. He has also engaged millions of children with the scientific research being performed on the ISS, which is really exciting.

Concordia was built and is operated by the French and the Italians. You work for the European Space Agency. How do you think Brexit is likely to affect both your research and the influx of British citizens into the organisation in the future?

It has been a fantastic opportunity to work as part of an international scientific community. Like the ISS, Antarctica is a great example of what can be achieved through effective international collaboration. The UK is a member state of ESA, and this will not change. However scientific research funding in general will, of course, be altered. 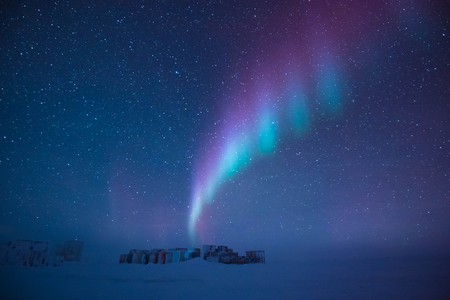 An aurora above Antarctica | ©Beth Healey

The Twittersphere recently went into meltdown when a male user was caught mansplaining science to a female astronaut. Have you ever encountered anything like that?

I think it is inspiring that Britain’s first-ever astronaut in space was female: Helen Sharman. Of course, being female in these environments can bring unique challenges. I think often people worry that I won’t be able to cope because I’m quite petite, but if you think about it, no one is really built for -80°C! 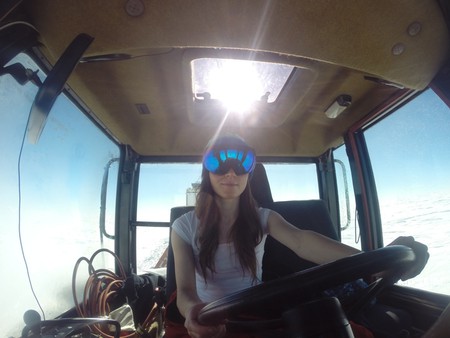 In a wider sense, do you think women still encounter obstacles in your line of work?

We definitely still see a gender imbalance on Antarctic platforms and in space; however, this is changing.

Could you ever see yourself on Mars?

I would love to go to space one day. I would like to get to the moon first, though!

Beth will be speaking about her experiences living at Concordia at New Scientist Live on Friday 23rd September.

You can read more about her typical day as a research MD in Antarctica here, and further details about all of her experiments here.