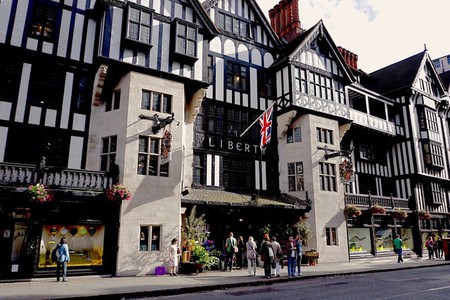 The elegant exterior of the iconic Liberty building in the heart of London’s West End shopping district reflects the high-end, beautiful products for sale inside, including the legendary Liberty floral prints. But the most remarkable architectural quirk of this building isn’t its Tudor Revival exterior; it’s the historical link to the remains of two warships from which it was constructed.

Arthur Lasenby Liberty was an adventurous man who dreamed of docking a ship in the streets of London. And in the 20th century, Arthur’s seemingly far-fetched dream became a reality. 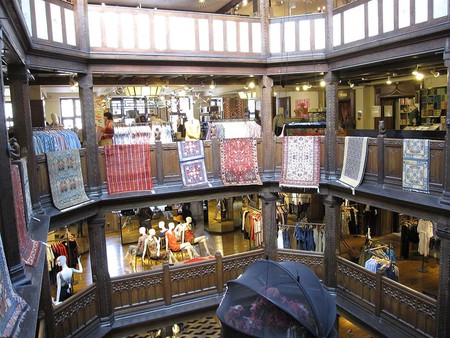 The atrium inside Liberty has a nautical feel | © Gryffindor / WikiCommons

Unfortunately, Arthur died in 1917, seven years before his successors at Liberty realised his dream. Completed in 1924, the new Liberty store on Great Marlborough Street, now Grade II-listed, was constructed from the timbers of two decommissioned Royal Navy ships – an impressive recycling feat that Greenpeace would surely be proud of. The first was the HMS Impregnable, built from more than 3,000 100-year-old New Forest oaks. The second was the HMS Hindustan, a huge ship which is said to have matched the store it contributed to building in height and length. 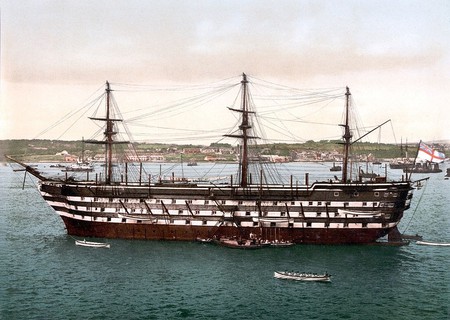 HMS Impregnable (c.1900), one of the two ships used to build Liberty | © Library of Congress / WikiCommons

These ships forming the structure of the building are not Liberty’s only association with warfare. Carved memorials that line the department store’s old staircase pay tribute to the Liberty staff who lost their lives fighting in the Second World War for a different kind of liberty – freedom from the regimes of the Axis powers.

The maritime origins of the timber that was used to construct the store are not Liberty’s only association with ships either. Step inside and look up to the roof – marvel at the impressive gilded copper weathervane. Standing four feet tall and weighing 51kg (112lb), this golden ship is an imitation of The Mayflower, the English vessel famous in American history for taking pilgrims to the new world in 1620. 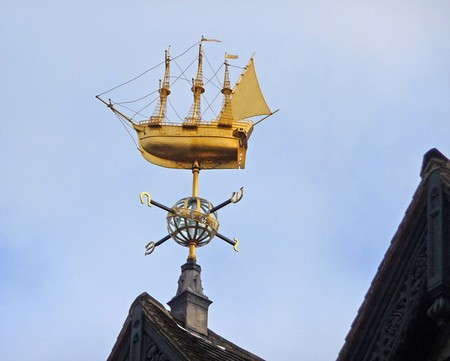 Shoppers can find a vast range of fabrics, textiles, ornaments and other artistic items in the Great Marlborough Street store, as well as a beauty hall and clothing. Liberty boasts a rich history and the store is still just as dedicated today as it was in its humble beginnings to Arthur Lasenby Liberty’s aim of providing luxury artisanal goods with eclectic influences from around the world.