LGBTQ Football Teams in London That You Can Join Today 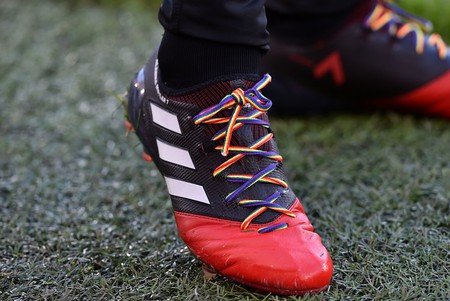 There are now a number of different London-based LGBTQ football clubs that offer the chance to play without fear discrimination, exclusion or judgement. Here we pick out the ones leading the way.

Offering 11-a-side, five-a-side and casual training sessions, London Titans have a variety of options for those looking for a team. Their four different 11-a-side teams play across FA-affiliated leagues and friendly LGBTQ leagues based in the capital. The first team lay in Middlesex County Football League, the seconds in the national gay 11-a-side league (the GFSN), and two sides in the London Unity League. London Titans “exist as a club to provide a safe environment for anyone to come and play football regardless of sexuality, age, race, religion or ability”. 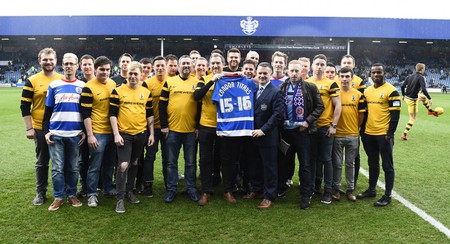 Also playing in the GFSN League, as well as a number of different five-a-side and seven-a-side tournaments, Leftfooters were founded in 1999 and are open to anybody wishing to play casual football, “regardless of sexuality, gender, ethnicity, age or ability”. Anyone looking to get involved can find players from the club in the north east of Regent’s Park on a Sunday afternoon, where there are a few different games, as well as post-game drinks every week.

Previously called Bexley Invicta, in 2018 Charlton Athletic announced they would lend their name to this club, as a result, Charlton Invicta became the first LGBTQ-friendly team to take a Football League team’s name. Invicta aren’t an exclusively gay side, they simply provide a team where LGBTQ people will feel welcome. The club also plays in the London Unity League.

The East End Phoenix club website states: “For us, having a good laugh at the pub after a match is just as important as who won. That being said, we’re serious about playing to the best of our ability, and developing our team and individual players as well.” In 2019, the club celebrated a decade since its creation. Over that time, the East End Phoenix FC has provided a judgement-free environment in the north and east of London both on the pitch and during social events.

Founded in 1986, Hackney Women was not only the first out lesbian team in the capital, it was also the first women-run team. All members are encouraged to play competitive football, regardless of their ability, through a “fair play policy” that the club instigated – another first from the club. The team has two sides, and play their home games at the iconic Hackney Marshes pitches.

Based in South London, training at the Kennington Park AstroTurf, today London Falcons have “almost a 50/50 straight/LGBTQ mix on match days”. The club is ambitious, adding a Saturday team this season, as well as readying themselves for the Pairs Gay Games in August of next year and playing a role in the Tackling Homophobia in Sport event this autumn.

Having started out as one man looking for like-minded individuals to play with, Stonewall was born as an official club in 1991 making them the oldest openly gay football club in the world. Since then, Stonewall has been at the forefront of LGBTQ sport, operating three teams today, with partnerships with adidas and Team Pride (a collection of major companies, including Aviva, Sky Sports and O2, that raises awareness surrounding homophobia, biphobia and transphobia in sport).

With a particular focus on recreational, casual games, LLKA hosts football sessions in Regent’s Park and King’s Cross (five-a-side) on a regular basis. Set up in set up in 1999 for lesbian and bisexual women, the club has two key principles – that games should be inclusive and dependable. Whether it’s football or social events, everybody who wants to be involved can be involved, with no exceptions – assuming they also follow the same principles, of course.

Situated in Wood Green in North London, London Romans – like a few clubs on this list – play their competitive football in the London Unity League and the GFSN. For anyone wanting to get involved (the club is always on the lookout for players), the team train at the New River Sports Centre.

Relatively new compared to some of the other clubs in London, Soho FC hosts regular training sessions run by FA-qualified coaches. There are Friday night nine-a-side games, and 11-a-side games on a Sunday morning. The club has also competed in international tournaments over the last couple of years, playing in Helsinki, Hamburg and Paris.

Those in the south west can can head to this particularly quaint part of London by the Thames. It’s perfect for anyone looking for competitive five-a-side, with players from some of the teams mentioned above – London Falcons, London Titans and Soho FC among them – playing there for some extra game time. The club’s 11-a-side team play on Sundays and train on Tuesdays, and there are also five-a-side and nine-a-side friendlies in the week.