Late-Night Treasure Hunting Offers a Museum Experience Like No Other 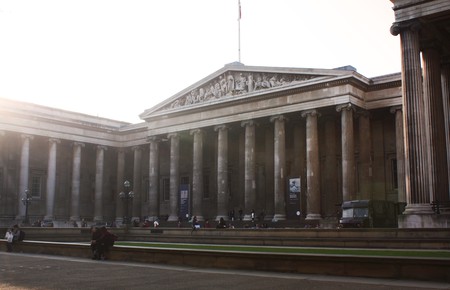 From digital formats inspired by the internet to immersive shows and late-night live performances, some of London’s best-loved institutions are waking up to the fact that a museum experience should be a more interactive experience.

THATMuse is one of the companies shaking up the industry with its unique brand of cultural treasure hunts. Since launching in Paris at the Louvre, THATMuse now hosts events at the Musée D’Orsay and more recently at the British Museum. It was at the latter venue, among Egyptian, Mesopotamian, Grecian and Roman archaeological treasures, that I tried out the experience for myself. 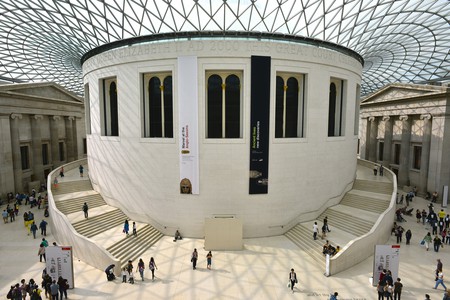 Standing beneath the impressive glass ceiling of the famous Great Court, designed by superstar architects Foster & Partners, I was introduced to other treasure hunters – my competition for the evening. The rules of the game were then explained to us.

We were handed a list of artefacts to find, as well as a questionnaire to test the knowledge we would pick up along the way. One of the criticisms often levelled at museums is that you don’t really learn anything in an environment so saturated in knowledge. This is something that THATMuse founder Daisy de Plume hopes the company can tackle. ‘By keeping the hunt focused to just a few pieces, people can get more out of the experience,’ she explained. In the past, de Plume has designed themed hunts for her commercial clients, which include brands like Lego and Fiat.

The rules of the game are simple. Whoever finds the most treasures and answers the most questions correctly wins, with bonus points awarded to anyone who can solve a word game at the end. There is no defined route, so players must be strategic when finding their way around the museum. 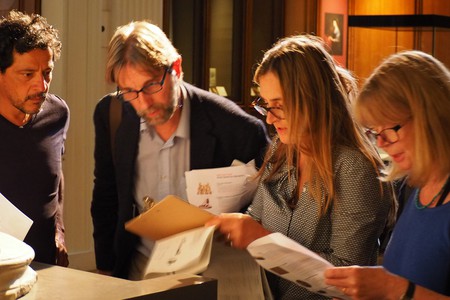 To celebrate Women’s History Month, the theme for the night was ‘ladies’, and our list of treasures included famous women from the Greek, Roman, Egyptian, Medieval European and Mesopotamian eras.

Once on the hunt you become immersed in the experience. At no point did I feel the onset of ‘museum feet’ – the kind of fatigue a child gets at the supermarket – walking past rows and rows of objects that have long since ceased to have any meaning. Instead I became caught up in the hunt for these mysterious treasures, some hidden in plain sight inside glass cabinets filled with exotic curiosities, others calling out from the other side of the room. 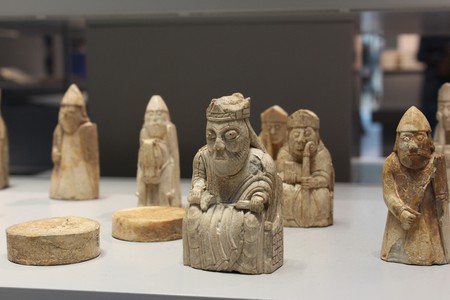 The Lewis Chessmen, 12th Century chess pieces carved from walrus tusks and one of the treasures on the hunt | © Moonietunes / Pixabay

Players have to take a photo with a treasure to prove they’ve found it and – when instructed to by the map – mimic a pose or complete a video challenge designed to embarrass players. Only the most points-hungry people will dance like an Egyptian mummy, or sing out loud to the bemusement of other museum-goers.

Being part of this almost anarchistic group, all in on the same secret, made the experience that much more interesting and I almost started feeling sorry for those doing things the ‘normal’ way. After an hour, we returned to the grand entrance to total up the scores.

Needless to say I didn’t win, but the novelty prizes given out were a nice touch, while the bottle of champagne for first place will definitely have me coming back to try again. My lasting impression of the night was ‘why can’t every trip to the museum be this fun?’ 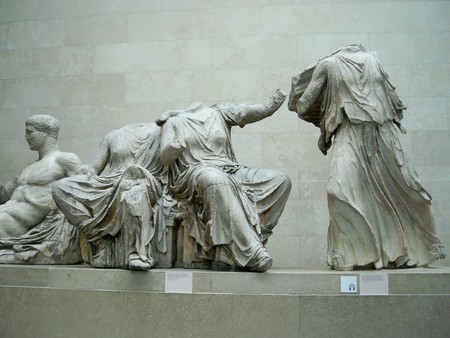 Grecian statues at the British Museum | © Symvol / Pixabay
Give us feedback