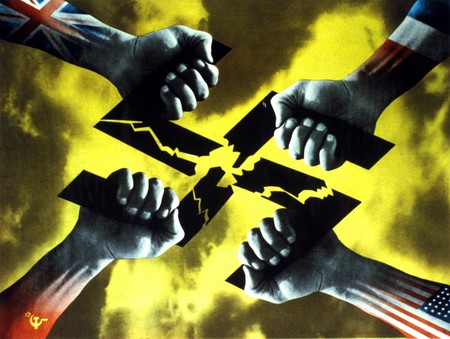 It might surprise you to discover how many of Britain’s most iconic products were actually produced by pioneering Jewish émigré designers during the 20th Century. We look at some of the key figures who had a major influence on London culture and design in particular, and who’s work is currently on show in the Designs on Britain exhibition at the Jewish Museum London.

In just one day in London, you could come across myriad designs by these incredible yet relatively unknown creatives. You might head to the bus stop designed by Hans Schleger and drive past Misha Black’s City of Westminster street signs before crossing the river to the National Theatre, where you’ll see Frederick Henri Kay Henrion famous ‘NT’ sign. Or perhaps you’ve hopped on the Victoria Line, walking past one of Hans Unger’s tiled wall murals, before delving into your Faber book on the tube with a cover designed by Berthold Wolpe.

These designers contributed immeasurably to the seemingly ‘quintessential British’ London that we know and love today, and this exhibition demonstrates how our capital thrives when cultural differences are embraced and celebrated. As cultural historian Fiona McCarthy asks in Eye for Industry: ‘Where would British design have been without this foreign input?’

Here, we showcase just a few of these pioneering émigrés that had such a profound impact on London in particular and left a lasting legacy in the form of their unique designs.

A pioneering figure in British design in the 20th century, Azerbaijan-born Misha Black played a huge role in post-war design in the UK. He formed the Design Research Unit (DRU) in London in 1943, which was the first consultancy in Britain to bring together expertise in architecture, graphics and industrial design. The DRU’s clients included the Festival of Britain, British Rail, London Underground and the City of Westminster. He was famously commissioned by Westminster City Council to redesign its street signs – the simple red and black design has now become synonymous with Westminster, from Downing Street to Oxford Circus. 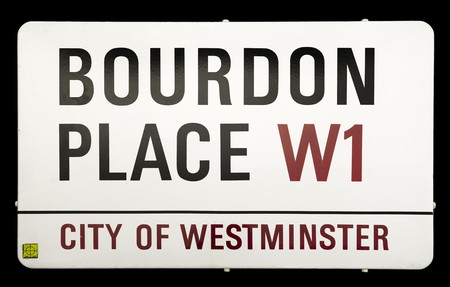 Hans Schleger moved to London in 1932 after having worked in both the USA and native Germany during the 1920s but, just like the Reimann School in Berlin that he studied at, Schleger moved to the UK as a result of the Nazi persecution of the Jews. Schleger, who worked under the pseudonym ‘Zero’, became a huge figure in corporate identity, working on commissions for the likes of John Lewis, Penguin Books and Shell. Probably one of his most lasting and influential works, however, was for Chief Executive of London Transport Frank Pick, who was responsible for most of the Underground’s identity, from the iconic roundel to Harry Beck’s Tube map. Schleger was commissioned to redesign the Underground roundel for buses. He simplified it to a plain bar and silhouetted circle, retaining the standard colour coding of London Transport. Schleger’s modern reimagining of the classic ‘bullseye’ was introduced across the city to great acclaim. 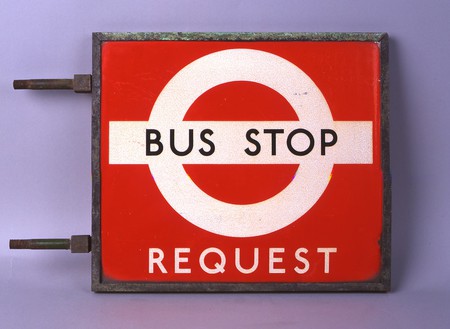 Despite being a prolific poster artist – Hans Unger created almost 120 designs for London Transport alone – he was also especially known for his mosaics. Unger set up his mosaic workshop in London with Eberhard Schulze in the late 1950s to design and produce mosaics and stained-glass windows. Probably his most famous designs include his mural mosaics for Lewisham Town Hall and the Royal Free Hospital in London, plus Brasenose College, Oxford and St Jude’s Church in Wigan. Famous 20th-century contemporary Abram Games said of his work: ‘His mosaic work is quite outstanding – he built on new architectural techniques in an extremely original style.’ 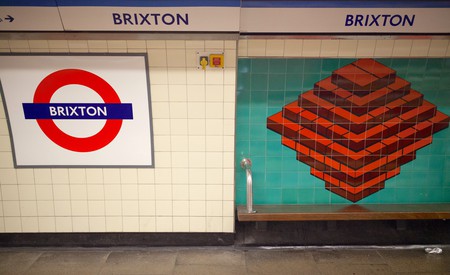 Famous for: The Tube’s Moquette upholstery

Textile designer Jacqueline Groag (born Hilde Blumberger) led the new wave of textile designers that dominated British textile design during the mid-century era, with clients including Formica and Liberty of London. Prior to moving to London in 1939, Groag studied in Vienna at the Kunstgewerbeschule with celebrated Viennese designer Josef Hoffmann, and also went on to design pieces for leading Parisian fashion houses, from Chanel to Paul Poiret. One of her most famous pieces was the distinctive Moquette upholstery design for London Transport’s Tube network, which was commissioned by Misha Black in the 1970s. The famous grid pattern was actually inspired by the work of her fellow contemporary Hoffman and was widely used on tube train seats and London buses. Her remarkable contribution to the textile industry was finally recognised in 1984 when she was made a Royal Designer for Industry at the age of 81. 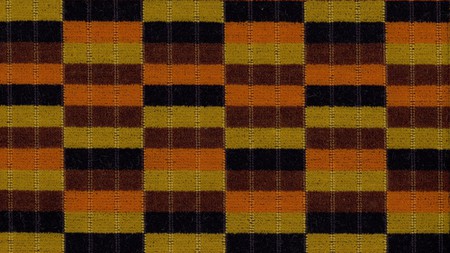 King of corporate identity, Frederick Henri Kay Henrion worked on projects for the likes of KLM, Tate & Lyle, the Post Office and the National Theatre. His move to London wasn’t easy – in 1936 he came to work in the capital after studying poster design with celebrated French poster designer Paul Colin, but he was interned as an enemy alien during the war. Eventually the Artists’ Refugee Council intervened, saying his talents would be best used for propaganda and so he worked for the US Office of War Information and the Ministry of Information. After WWII, he established a name for himself in London, designing two pavilions at the Festival of Britain, plus he lectured at the Royal College of Art and was head of Visual Communication at the London College of Printing. He was made a Royal Designer for Industry in 1959.

Famous for: The Albertus font and Faber book covers

From London Bridge to Old Bailey, if you’re walking around the heart of the city you’ll notice Berthold Wolpe’s famous street-name signs for the City of London. Wolpe met the influential British typographer Stanley Morison in 1932 on a visit to London, who subsequently invited Wolpe to design a printed type for the Monotype Corporation, which was responsible for commissioning some of the most important 20th-century typefaces. Wolpe first showed his Albertus font in 1935, and it was completed in 1940. As well as the street signs in the City of London and Lambeth (where Wolpe lived until his death in 1989), the Albertus font was also used on Wolpe’s designs for Faber and Faber book jackets, which was a large part of his career. He remained at Faber right up until he retired at 75 and had designed as many as 1,500 covers during his time with the company. 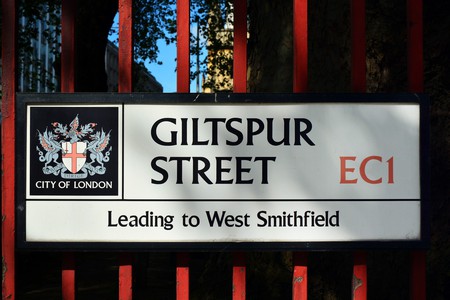 Designs on Britain features 140 pieces from 18 designers in total, so this is just a small snapshot of the work on show and the designers represented at the exhibition. From war-time propaganda posters to children’s toys and vehicles, the show covers a diverse range of now-iconic British designs and demonstrates the extent of the impact these creatives on our culture. They brought with them a whole range of influences from Surrealism and Constructivism to photomontage – techniques that are still inspiring emerging designers today. 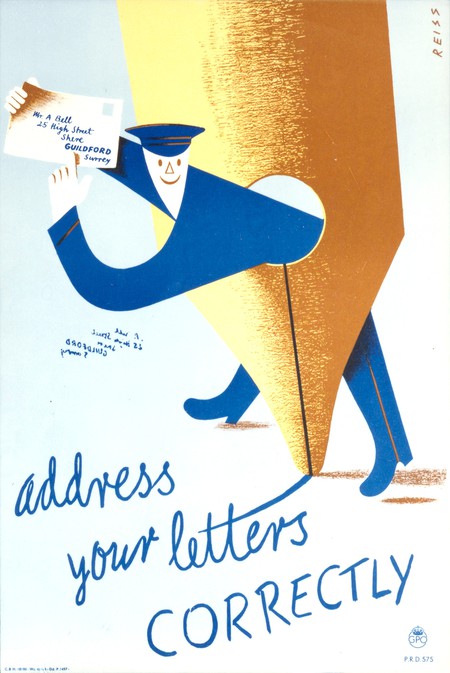 Naomi Games, daughter of famous 20th-century designer Abram Games and the brain behind Designs on Britain, said: ‘Skimming through my parent’s old address book, the names of Jewish-born émigré designers leap off the pages. My thoughts return to the many lively evenings in our family home when this remarkable group of artists would gather and discussions would flow in the varying accents of Middle-Europe. These were happy and exciting times. It has long been my intention to bring these designers the recognition they deserve and I hope that this exhibition will reawaken interest in their work.’