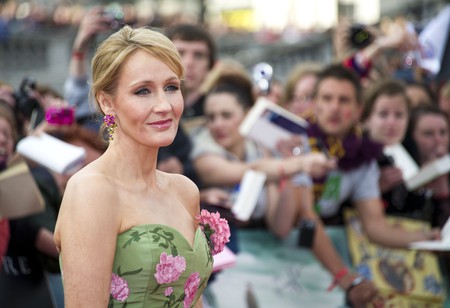 Let’s face it, Donald is Trump is HUGE news at the moment.

In the wake of his inauguration and the recent women’s marches that have swept the world, it’s pretty difficult to escape the man that’s got all the nuclear codes – you’re scared, we know.

One person who always likes to take a dig at the now-President is the mother of all things Potter, J.K. Rowling.

Obviously, we can’t say that she always exclusively grabs the ugly orange hippogriff by its horns, but we’re pretty certain that at least the majority, if not all her Twitter burn output is directed at the ‘he who must not be named’ himself – we hope anyway.

Here are some of her best burns to date:

1. When she called him an egg during one of last year’s debates:

Well, there you have it. A highly intelligent, experienced woman just debated a giant orange Twitter egg. Your move, America. #debate

2. When she got serious…

.@CNN is in a total meltdown with their FAKE NEWS because their ratings are tanking since election and their credibility will soon be gone!

Keep having flashbacks to a little girl in my class at primary school, whose go-to insults were YOU'VE GOT FLEAS and YOU SMELL. https://t.co/Ej4lSCDg1L

"Man is not what he thinks he is, he is what he hides."
André Malraux

4. When she retweeted this:

5. When she caught him out on his spellings…

6. When she near enough called Trump Voldemort…

How horrible. Voldemort was nowhere near as bad. https://t.co/hFO0XmOpPH

7. When she told Trump that the nuclear codes were everyone’s business…

When a man this ignorant & easy to manipulate gets within sniffing distance of the nuclear codes, it's everyone's business. #RestOfTheWorld https://t.co/yHBIIuhYEN

8. When she told Donald how to make a couple of new Slytherin mates…

'I've developed so many friends.'

Because we appear to be living in an alternative reality where dreadful things you thought were impossible can happen. #Inauguration pic.twitter.com/nxG0m7nDC1

If all famous people can constantly criticise Trump for the next four years he'll be too busy ranting on twitter to kill us all.

When a pleasure becomes a duty. https://t.co/TZSpmbrtc2

11. And finally, when she just got savage…

Russia has never tried to use leverage over me. I HAVE NOTHING TO DO WITH RUSSIA – NO DEALS, NO LOANS, NO NOTHING!

Must be telling the truth. He used caps. https://t.co/KtLD1x7nwQ