Originally opened in December 1986, the Toshiba Gallery of Japanese Art was the first major gallery of its kind in the UK. The intent was to showcase highlights of the V&A’s international collection of art and design, which the museum had built up since it was founded in 1852. The Culture Trip headed to the refurbished gallery to see the 550 works in newly curated displays illustrating the gallery’s Japanese craftsmanship and artistic creativity. 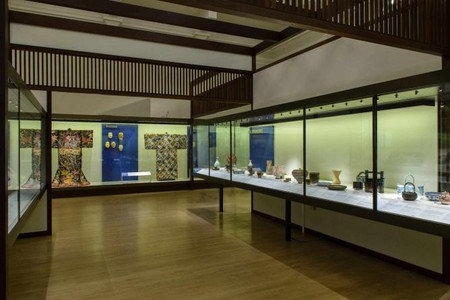 Japan is one of the most prosperous and technologically advanced nations in the world; their artistic achievements have long been widely acknowledged along with their appetite for innovation. The history and traditions of Japan are covered and displayed throughout the exhibition’s themes: religion and ritual, arts of the samurai, tea drinking, theatre and performance, fashionable dress, dress accessories, lacquer and elegant pursuits, ukiyo-e and the graphic arts, engagement with the West, Imperial Japan, folk craft and the modern and contemporary.

On display in the modern and contemporary category of the exhibition is the first portable stereo Walkman designed and manufactured by Sony in 1979 — as is a Hello Kitty rice cooker by Sakar International, Inc., 2014. Hello Kitty is internationally recognised and defines Japanese cute; the Hello Kitty products were originally aimed at pre-adolescent girls but now span all age groups. The extent of Hello Kitty’s popularity has fed Japanese cuteness into worldwide popular culture. 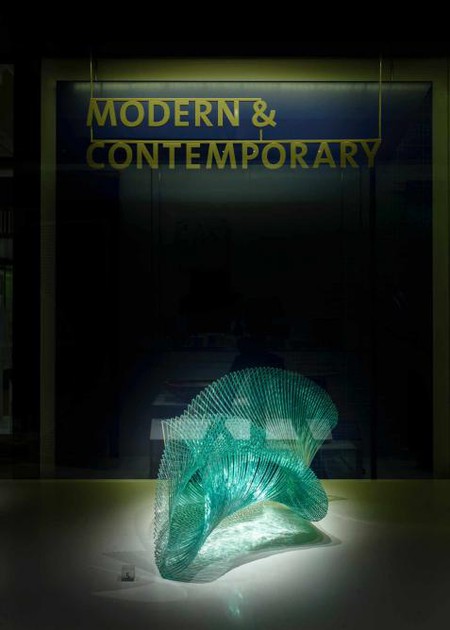 The Arts of Samurai

From 1185 to 1868, a warrior class known as the samurai ruled Japan. The arts of the samurai section of the exhibition holds weapons made to show the symbol of the warriors authority. Swords and sword fittings were perfectly formed steel weapons that combined beauty with function. A selection of short and long swords (daisho) dating as far back as 1600-1700 is on display.

Religion and ritual is extremely prevalent to Japanese culture. The indigenous religion of Japan is Shinto (The Way of The Gods), based on worship of the deities of nature, known as Kami. Buddhism was introduced to the country from mainland Asia in the 6th century; it did not seek to replace Shinto but to co-exist, even to this day. With Buddhism came paintings, sculptures, metalwork and textiles. Decorative collectables of Buddhism are presented to exhibition viewers; one highlight is a hanging garland (Keman) with lotus flowers (1650-1750) — the human purity given from the lotus flower exiles the material world. A Shinto altar (2014) and Mask of Okina (2000) are further objects found in the religion and ritual realm.

Tea drinking, introduced from China, became popular in Japan during the 13th century. A tea ceremony (chanoyu) remains to be a formal procedure often undertaken twice throughout the ceremony. Later, Japan introduced a different practice — steeped tea drinking — that holds its own procedures. However, both types of tea drinking have generated the making of a variety of ceramic utensils, metalworks and lacquer. A Tea bowl (1625-75) is included in the vast array of tea-ranged objects available for browsing throughout this traditional category. 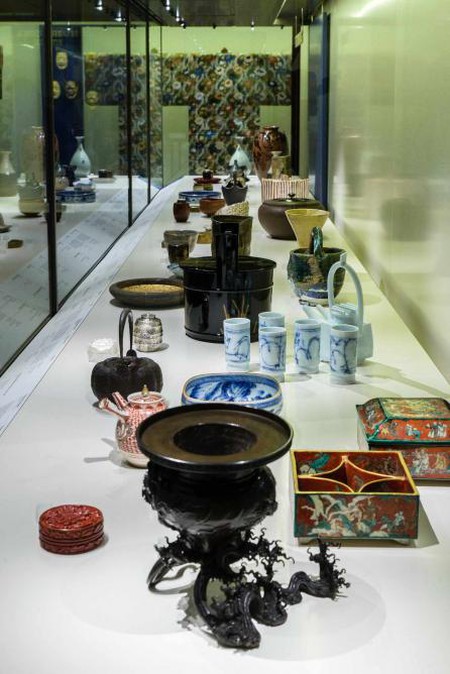 The kimono was the principal item of dress for both men and women during the Edo period (1615-1868) in Japan. It was the pattern of the garment rather than the cut that was significant; colours, motifs and decorative techniques were indicators that determined the gender, wealth, status and taste among the country’s citizens. The elegant dress section of the exhibition homes differing styled kimonos: outer kimono for young women (uchikake), summer kimono for a woman (katabira) and kimono for young women (furisode.)

The Toshiba Gallery of Japanese Art has been enhanced to resemble Japan’s strong history and budding future. Fine collectables have been gathered to embody Japan’s high cultural and artistic standing across the globe. Packed with Japanese gems, there is a lavish bounty of inspiration to feast your eyes on. 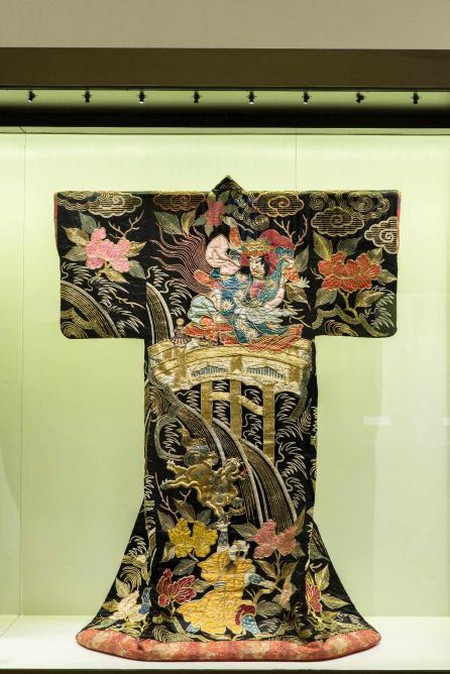 Danielle is the art editor for the London hub of The Culture Trip. She has a fascination with living a life full of creativity. Theatrical soul. Cinematic admirer. Champion frolicker. Avid foodie. Sunset enthusiast.