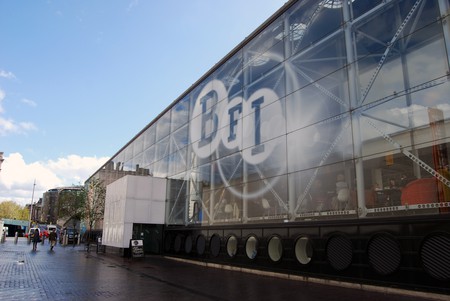 Nathalie Morris has been the Senior Curator of Special Collections at The BFI since 2008. Her research interests include Stoll Studios, the careers of Alfred Hitchcock, Powell and Pressburger and the promotion and marketing of Ealing Film Studios, British Women’s Cinema and Sherlock Holmes adaptations. Talking exclusively with The Culture Trip, Nathalie discusses the highlights of her curatorial work and her plans to develop special collections at The British Film Institute in 2016. 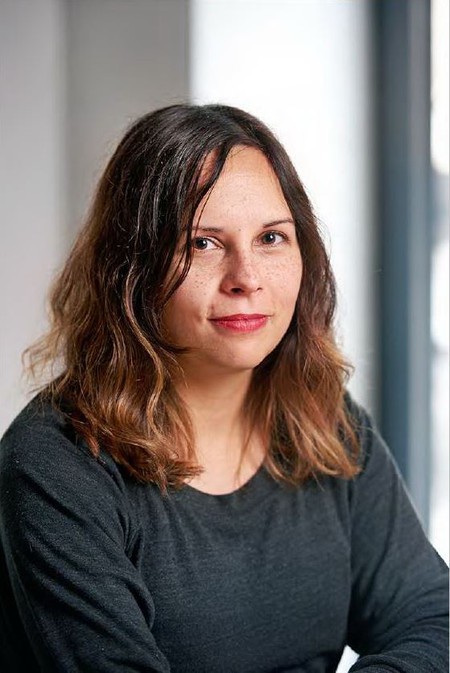 TCT: Why did you choose curating as a career?

I’ve always loved cinema and am especially interested in the historical context of films. Being an archive curator enables you to get to know the people involved through their letters, diaries, production papers, designs and photographs. It’s a privilege to get your hands on actual objects from the past and to think about what you can learn from them, and how you can use these to tell stories about filmmaking, and culture more widely.

TCT: What would be a typical day for you at The British Film Institute?

A typical day might include negotiating with a potential donor who would like to gift their archive to the BFI, carrying out research and planning for an exhibition, writing for the BFI’s website or giving a talk about some aspect of the BFI’s collections. I work on funding bids, cataloguing, digitisation and collections care projects.

TCT: How do you come up with an idea for a special collections project”

There can be a number of factors that lead to a project. Do we have amazing material that can support the themes and ideas that we want to explore which haven’t yet been widely seen by the public” The BFI’s current LOVE season focuses on British costume film; we had wonderful material in the archive including costume designs by renowned designers like Joseph Strassner and Oscar-winning costume designer Jenny Beavan. LOVE provided the perfect opportunity to showcase scripts, photographs and research material on A Room with a View, as part of a wider exploration of love stories on screen.

TCT: How do you select the works you wish to include?

Selection is driven by the themes of the exhibition, by the objects in our collections – what they can say and what (I hope) people will be interested to see and learn more about. Sometimes the object’s condition and its conversation needs mean we’re not able to display the original, in which case I’ll discuss with my colleagues and weigh up if its better to use a facsimile or look for an alternative piece to display. I usually start with a long list of objects structured around the exhibition’s themes or chronology and work from there to hone and refine the selection.

TCT: Who has inspired you the most in your career?

My former professor, Charles Barr, and historians like Lucy Worsley and Amanda Foreman, who are doing great work to explore different facets of women’s history through their fascinating and accessible television series.

TCT: Please can you discuss at length your current research interests.

I’m interested in the process of film promotion and marketing. Ealing Studios made some classic British films such as Kind Hearts and Coronets (1949) and The Ladykillers (1955), pioneering the art of the film poster and associated promotional material such as press campaign books. They worked with some of the most renowned artists such as Edward Bawden and Edward Ardizzone. We’ve acquired the papers of Ealing’s head of advertising, S. John Woods, to find out how advertising worked in the context of mid-twentieth century commercial art and design.

Working with the BFI’s Special Collections gives a lot of insight into the importance of collaboration within the filmmaking process. We have the archives and design collections relating to the work of Powell and Pressburger. Their films bear the legendary co-credit ‘Written, Produced and Directed by’. Collaborators were also incredibly important to their films; production designers Alfred Junge and Hein Heckroth, sketch artist Ivor Beddoes, composers Allan Gray and Brian Easdale, and cinematographers Jack Cardiff and Chris Challis.

TCT: How do you think the role of women in the film industry has evolved in the 21st century?

It’s an exciting time for women in the industry. Suffragette (2015), a British film about feminist history, and written, directed and produced by women, has done really well at the box office, and there’s a lot of female talent out there at all levels. There’s excellent support from networks such as Women in Film and Television.

TCT: What is your favourite genre, and why?

Neither are technically genres, but I’m a fan of film noir and costume films. I have a penchant for non-fiction archive shorts involving cycling and my home county of Norfolk.

TCT: Could you discuss your PhD research on Stoll Studios of the 1920s” Why did you choose this as a topic of research?

I first encountered Stoll studios via a series of Sherlock Holmes adaptations the company made in the early 1920s. They were really well-made little films, with lots of interesting location work. They had a charismatic lead in actor Eille Norwood, (who starred in 45 shorts and two features for Stoll, as well as playing Holmes on stage). Stoll had, for a short while, been the largest British production company with great ambitions to revitalise the British film industry as the First World War came to an end. My PhD looked at how Stoll attempted to compete with the American studios and explored why the company crashed and burned, folding as a producer in 1928.

TCT: What has moved you the most, and why?

We have some letters from the 1930s in which an out-of-work film director writes to his former mentor and producer begging for a job. I always find these quite heart-breaking.

TCT: Sir Alan Parker has donated his collection, affectionately known as ‘The Parkive’. What has been the most surprising thing you’ve learned while working on this collection?

Working with someone’s archive can be a very intimate experience as you follow their career, creative development and working relationships across a long period of time. Sir Alan Parker understands the importance of strong collaborators, frequently works with the same team and is closely involved in all aspects of his films, from scriptwriting through to marketing. The Parkive was full of surprises – one of the most gruesome was Parker’s scribbled storyboard for the infamous scene in Midnight Express where the main character bites out someone’s tongue.

TCT: What has been your favourite exhibition?

My favourite BFI exhibition has been ‘Haunted: The Innocents’, curated by my Special Collections colleague Claire Smith. This was part of the BFI’s 2013 Gothic season and focused on Jack Clayton’s (1961) adaptation of Henry James’ ghost story, The Turn of the Screw. It features costume designs, photographs and Truman Capote’s handwritten script drafts, all of which are held in the BFI’s collections. The exhibition ended by bringing past and contemporary filmmaking together through a costume for the recent version of Jane Eyre, starring Mia Wasikowska and Michael Fassbender. We borrowed the costume from costumier Cosprop and the film’s costume designer, Michael O’Connor, visited to ensure that the costume was mounted to look exactly as he intended. It was a wonderful opportunity for us to work with a contemporary practitioner bringing together two films that were made 50 years apart.

TCT: How was the exhibition Style Icon: Terence Stamp conceived” What do you want the viewer to take away from the experience?

Terence Stamp was great to work with. We wanted to explore his status as 60s icon, his acting work, career as a writer (both as novelist and autobiographer), and his longstanding reputation as a gentleman of sartorial distinction. Stamp donated a number of his scripts and manuscripts to the archive (included in the exhibition). He also offered to loan some of his fine handmade shoes. The day he came to the BFI offices and modelled a selection of these for me was very memorable! We included a pair of very stylish white Buckskin half brogues made for him by renowned shoemaker George Cleverley. 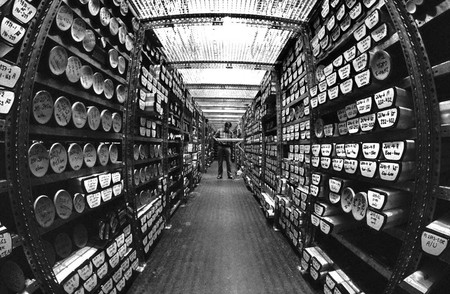 TCT: Can you discuss your 2016 projects?

Each year brings a mix of projects that span collections, care and cultural programme work. Cataloguing is essential in order for collections to be made available so we’ll be working on important collections including those of producer David Puttnam and costume designer Julie Harris. Earlier this year the BFI National Archive restored Shooting Stars, a brilliant 1928 film set amidst the British film industry. To tie in with the film going on release and coming out on DVD and Blueray, I’ll be curating an exhibition (which will run at BFI Southbank from 14 January to 28 March) exploring different aspects of the industry in the 1920s, from work on the studio floor to fan magazine culture. In April and May 2016 the BFI will be celebrating Shakespeare on film and I’m very much looking forward to being able to show off some of our treasures, including a wonderful cut out Pollock’s toy theatre that was produced to promote Laurence Olivier’s Hamlet (1948).

TCT: What advice would you give to those who are keen to get into your chosen profession?

Get experience working with archives, read and watch as much as you can, visit exhibitions and expect a lot of overlap between your professional and personal life.