Interviewing John O'Connor, Co-Adapter Of The Picture Of Dorian Gray

Oscar Wilde’s only novel, The Picture of Dorian Gray, has become such an integral part of modern culture, influencing medicine, criminology, film and music, that it is undoubtedly an immortalised classic. This January, the European Arts Company is running a new version of Wilde’s novel, which has been adapted by Merlin Holland (Wilde’s grandson) and John O’Connor. The Culture Trip talks to John O’Connor about Dorian Gray, the creative process, and mid-life crisis! 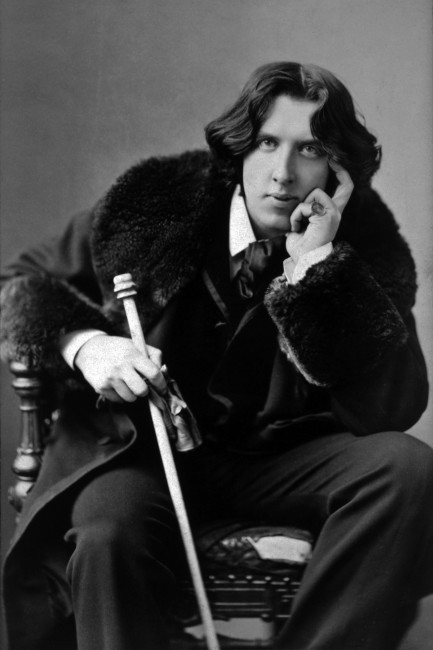 The Picture of Dorian Gray, like Frankenstein and Dracula, has become so much more than the book from which it originated. What was it like dealing with such a seminal work and transforming it into stage material?

Well, you’re right — it’s so well known that it’s become so famous without being truly understood. For me, the first time I’d ever heard of it was when, as a child, I was told that an acquaintance of ours might have ‘a picture in the attic’, as he looked suspiciously young! Dorian Gray is omnipresent, from having an episode in Star Trek to becoming a vampire in The League of Extraordinary Gentlemen! It was, therefore, important to revert to the original and go beyond the ‘myth’. It was wonderful to learn that there had been an original manuscript, which had eventually been censored by Stoddart before publication in Lippincott’s Monthly Magazine. Furthermore, when Wilde was ‘rewriting’ it into a novel, he himself ‘toned down’ the original in reaction to public outrage. The issue of having two versions of Dorian Gray became a significant part of the libel trial (as seen in our play The Trials of Oscar Wilde), as two very different interpretations could be found in them; Wilde had to answer questions about the immorality of Dorian Gray in the subsequent trials. All these elements — its cultural impact, the alternate versions, its central role in Wilde’s trial, etc. — became our starting point from which to develop, and there was something very satisfying about pulling together all these separate threads.

Dorian Gray is an incredibly perceptive work, which has become even more relevant in an age of social media. What does Dorian Gray mean to you?

Well its relevance now is certainly undeniable, and it’s no surprise that the National Youth Theatre did a version of Dorian Gray called ‘Selfie’; there’s even a recognised condition known as ‘Dorian Gray syndrome’, where its sufferers refuse to accept the aging process and become increasingly obsessive and narcissistic (like in Mann’s Death in Venice). Our society is so obsessed with image that this often manifests itself through Photoshop, Instagram and Facebook. It’s this need to project constantly the best part of oneself, which makes Dorian Gray even more relevant now than before. This pressure on individuals to be perfect shows us to be even more obsessed with beauty than before.

Tell me a little more about the process of production itself — from brainstorming to performance!

Dorian Gray actually lends itself to the stage, partly because there are several theatre scenes within it. The novel became an important part of Wilde’s artistic development; previously, he had been writing essays and short stories, and then he wrote this, which has the most dialogue of any 19th century novel — the first scene, for example, is almost entirely in dialogue. The following year, he wrote Lady Windermere’s Fan, and some lines from Dorian Gray crept into that, and later into A Women of No Importance — he’s actually plagiarised himself!

One can almost imagine the logical progression of his creative development from Dorian Gray to writing plays as he was writing the novel, and this theatrical tendency made it very enjoyable to adapt. The biggest problem was choosing what to leave out, as there were so many fantastic lines that there was a danger of it becoming a compilation of Wildean epigrams.

The portrait was also a problem, as we tried to work out how we would do it: would we have a real picture, and if so, how would we show its changing nature to the audience? We decided that we would use their imagination for effect, trusting the audience’s intelligence, and letting them come up with their own nightmarish vision.

The danger of an overlarge cast was also a potential issue, so we decided to use a reduced number of actors. Dorian Gray is always played by one actor, but the other actors have licence to roam, exploring the different roles, be it opium seller or noblewoman. There’s something Wildean, I think, about having such fluidity between roles, lending it a certain theatricality; to draw comparisons, Lady Bracknell (in The Importance of Being Earnest) is often played by a man nowadays, adding to the humour. Allowing a few actors to play many roles, redefining the theatrical and gender boundaries through multi-roleplaying and cross-dressing is, to me, very much in keeping with the Wildean dramatic tradition. So it’s been an exciting process, and it’s also important to remember the production does come from the text first and foremost, and is incredibly faithful to that. 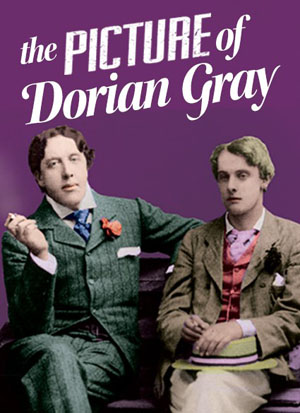 From what I understand, you’ve used the original, unexpurgated manuscript as the basis for your adaptation. To what extent do you think that the rediscovered source material is going to change the viewer’s perception of Dorian Gray?

I don’t think it’s going to change it hugely, as, even when you read the expurgated novel, I think it’s quite clear that there is a homoerotic subtext there, which may not have been as clear to the 19th-century readership as it is now — though when you look at contemporary reviews, perhaps it was a little more obvious than we think! Basil’s love for Dorian is clearer in those early versions, but Wilde probably wrote this unconsciously, in a frenzy of creativity without quite realising. So we’re not talking about a huge amount of changed material, but what there is, is significant, such as Basil stating that how ‘It is quite true that I have loved you with far more romance of feeling than a man usually gives to a friend’. That’s quite explicit, and such little snippets of dialogue like these make Basil a more tragic character harbouring an unrequited love, which Dorian is shown to manipulate ruthlessly.

What difficulties did you face in adapting such a seminal work for the stage? Were there the usual difficulties of adaption, or were there problems unique to this project?

Nothing specific, actually — it was certainly easier than adapting The Trials of Oscar Wilde, and there are countless versions of Dorian Gray which have set a precedent and allowed us to know what we didn’t want to do. For The Trials, we were trying to cram three months of dry legalese into an entertaining piece of 90-minute theatre, which was a lot trickier. As I’ve said, with Dorian Gray, the main problem was what to leave out. In this respect, it was great working with Merlin [Holland] because we both had lines which we wanted to keep, but we acted like a check on each other, ensuring that the lines that we were keeping would substantially contribute to the plot. So no, I wouldn’t say it was more difficult; it’s an incredibly theatrical novel, and in many ways, that makes adaptation easier! 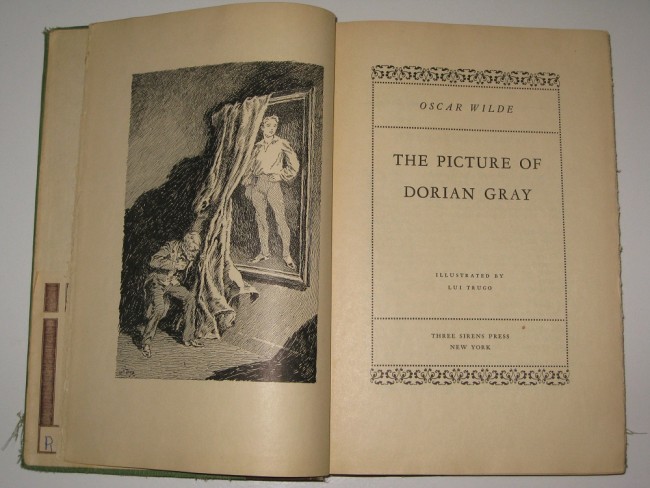 What was it like working with Merlin Holland? Was it an interesting experience for you?

Obviously we worked together last year, so we already had a good working relationship. It was very straightforward, as Merlin is passionately interested in all things Wilde, but he’s incredibly professional. He’s interested in the truth, not in protecting Wilde’s reputation for the sake of it; for us, it’s about promoting the truth through rigorous research and scholarship. I think we complemented each other really well, as I have theatrical experience, and he has great knowledge of Wilde’s work. He’s also got a great eye for detail, whereas I’m better at looking at the ‘Big Picture’, so we worked well together. It’s been very rewarding.

What message or impression would you wish to leave your audiences with, more than any other?

I would like our audience to rediscover the story afresh, but we definitely don’t want to be didactic. As I said, the production is incredibly faithful to the original, but as it also combines all these elements we’ve discussed, there are some new aspects to it — so we’d love the audience to experience them for themselves. A bit like imagining the portrait for yourself, Dorian Gray is a journey of discovery; but, we wouldn’t want to advocate a particular way of thinking.

For us, it’s about going back to the original — there have been various adaptations which, though innovative, have been very radical and modern. Will Self published a re-interpretation in 2002, which interwove the issues surrounding AIDS etc. into the plot, which was very clever; Matthew Bourne did a modernised dance piece, which was again, very inventive. We wanted to move away from that, as the story is so rich, so complex, that to restrict that would be a shame. 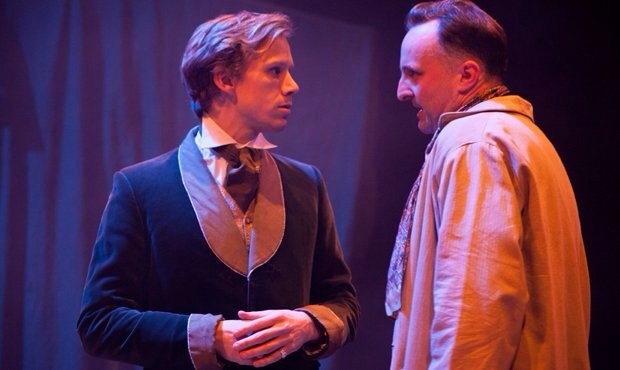 What else do you have planned for the future — are you going to collaborate with Merlin Holland again for future Wilde works, as you did for The Trials of Oscar Wilde (2014)?

We’ve got nothing planned at the moment. There aren’t a lot of new things to discover, unless Merlin has got something in a drawer somewhere; sadly, we have only a certain number of Wildean works, for, as he said himself, he put all his genius into his life and only his talent into his work. Dorian Gray has come naturally out of The Trials of Oscar Wilde, but I’m not sure where we’re going next!

The Picture of Dorian Gray is set to run at the Trafalgar Studios from 18th January 2016 to 13 February 2016. For more information, please click here.