Julius Ibrahim is a man on a mission — to help London’s homeless by feeding the city’s unshakeable caffeine addiction. Second Shot Coffee is an up-and-coming social enterprise by Ibrahim, re-training and employing London’s rough sleepers to serve up some of the best beans around. We sat down with the tireless entrepreneur to talk about Second Shot Coffee and his journey so far.

Can you tell us about yourself?

I’ve always worked in hospitality one way or another. I was a waiter in an Italian restaurant where I’m from in Camberley, Surrey, then assistant manager, and then moved to back of house. When I moved to London I worked for Bleecker St Burger part-time. I was there for two-and-a-half years, and have always had an enthusiastic love of cooking. Aside from that, the other side of that would be my passion for the academic. I started doing economics at University College London (UCL) for two years. Before I made the full leap into Second Shot Coffee, I was interested in professional services and consultancy, and consulted different brands to get work experience. That was a year-and-a-half ago now. I made the final decision to go straight into Second Shot and to pursue that as hard as possible, and so here we are now. I came up with the concept of Second Shot in my second year. It’s all sort of come together in the past couple of weeks; I’ve been working on Second Shot full-time for almost a year, before that it’s always been just a long term ambition of mine. It’s been a culmination of my life experiences, really. 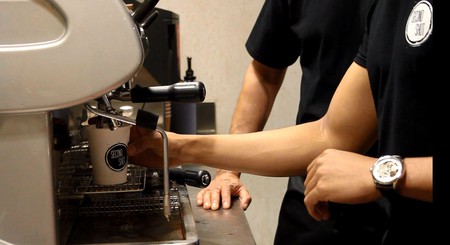 How did the concept of a socially beneficial coffee shop come about?

My long-term ambition was the coffee shop, and the social aspect came a bit later. It was only when I moved to London, and lived around Bloomsbury (where UCL is) that I started to become passionate about social issues, homelessness in particular — just because there’s so much rough sleeping in that area. It’s incredible, it really shocked me. So that got me into social action, looking into different solutions and social enterprise. In doing that, it got me passionate about homelessness and helping people in need. So I brought my two passions together, hospitality and helping others, and that was how Second Shot came about.

How did your idea become a reality?

The biggest influence, group of people, was Enactus, which is a social enterprise society in universities. It’s a worldwide organisation that brings together students, academics and companies to launch social enterprises and ventures. I joined the society as soon as I joined university, and started off as a consultant where we consulted with another cafe in the local area. We were able to turn it around, and from that point onwards I became the president of Enactus UCL, and so I basically spent two years there, helping other people launch social enterprises, and doing social impact measurement. Being in Enactus UCL, you learn how to do these kinds of things because you train with them, and you meet incredible people. Going through those training programmes has probably been the biggest influence, and having the experience of helping other people with their social enterprises. 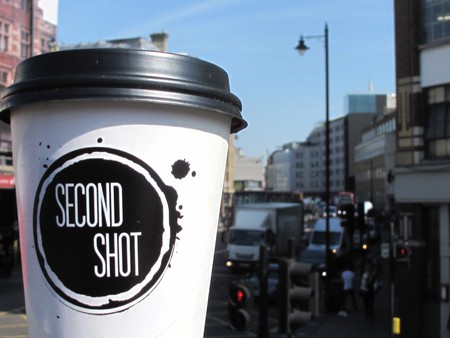 How do the academics come into the picture?

Academic experts in their field, like development economics, act as advisors so you can come to them with your ideas. With Second Shot, a brilliant woman who I’ve known for two years, Lulu, she’s doing a PhD in social impact measurement at UCL, and so I was just going through with her my methodology. She’s right on the cusp of cutting edge thinking on social impact, so it’s a really good idea to talk her through my ideas, and analyse my plans. As a sector it’s so new, but social impact measurement is so important because social enterprises are coming up, but there’s no one effective way of measuring the impact. For homelessness, there are economic and financial ways of measuring impact which is quite black and white, but there are other qualitative factors and social factors in terms of connections which are really difficult to measure. It’s not just a matter of giving people questionnaires and ticking boxes, it’s very difficult. That’s why it’s so valuable to have someone like Lulu to help out.

Why did you think a café concept would be best to tackle the current problem?

So there are different sides to this answer. Working in a hospitality environment is really good because you develop a background of transferable skills, and meeting many different people. There’s the aspect of a high pressure environment, but during the low points, you can make personal connections with customers. But what’s really important for Second Shot is that we make the transformative impact on customers as well. We want to change perceptions and the way people think about homelessness. So for Second Shot, we want people to come in, have a great experience and great food, but then tell them after that we’re doing all this amazing social work as well. So it’s a great solution because we’re delivering something very on-demand in terms of the cafe, but also in demand for homelessness. The cafe concept brings these two things together. It’s so accessible as well, we want to bring a really great product but have the customer not have to sacrifice anything. You get to have the same or better product than you usually have while getting to help other people. 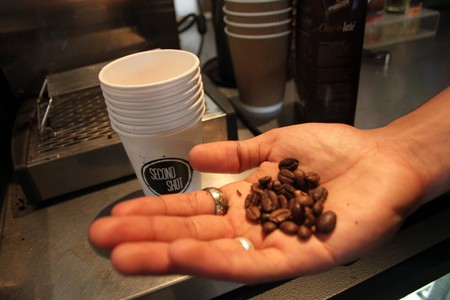 What have you learnt in this process so far, and what do you think you could/ could have improved on?

Working these two and half years has been really collaborative; everyone has been really helpful. The coffee community in London especially. My biggest lesson probably has been how helpful it can be to just reach out and connect with people, and just be open about where you are and where you want to go. People will, most of the time, try to see if they can help you. And the same thing if you meet anyone and you try to help them as well.

Do you have any advice for future social entrepreneurs?

It can be really scary to go out and do your own thing, perhaps especially as a social business. But linking back to what I said just now, go out and speak to people, get out there and talk to people. I’ve had some amazing support from people and other companies, getting pro-bono legal support which is invaluable. I’ve had support from people in the industry as well. So I don’t have an exact date (of our opening) at the moment; we’re just in the process of securing our location. There are a few different locations that we’re looking at right now that will be finalised within the next two weeks. And once we’ve got that, it’s a case of talking to my designers, how we want to change the space and what it would take to be able to build it effectively. Once we know that then I can say for certain that we’ll be opening. For now we’re looking at around May.

What do you think is the longevity of this project?

We’ve got really big ambitions for the project. If we can capture people’s imagination on what a business can be or should be, we can take it really far. I would like to experiment with launching nation-wide. Within Second Shot we can expand the brand to other products, although it would be airy-fairy to mention any other products. Our vision is that we believe in the power of human potential, and that people can do many things given the right opportunities. We want to expand beyond coffee, to look at other needs and other subsections of society that can benefit as well. What’s great about social enterprises is that right now, you don’t have to look very far for ideas and others doing amazing things. We want to incorporate as many of these great social enterprises to work with. We’re looking at incorporating great social enterprise bakeries, furniture companies as well. We want to maximise social impact in that way. 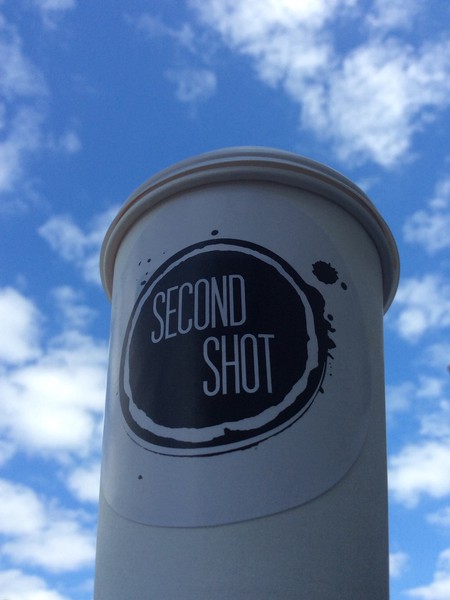 How can we contribute to Second Shot Coffee?

We had a Kickstarter page, and although financially we didn’t reach our goal, we received a lot of support through the press. We were given quite a lot of exposure and social media following as a result, which is amazing. That means we should be able to generate quite a lot of excitement in what we’re doing. So when we have our launch party, a soft launch and full launch, we would love for the general public to get behind these things. It’ll be on a weekend! Apart from that, please do share our vision and ethos on social media. We’ll be introducing where we will be and our partnerships on our website, hopefully we get support from the media to spread the message. It’s exciting times ahead!