Inside The Grenadier, London's Most Haunted Pub 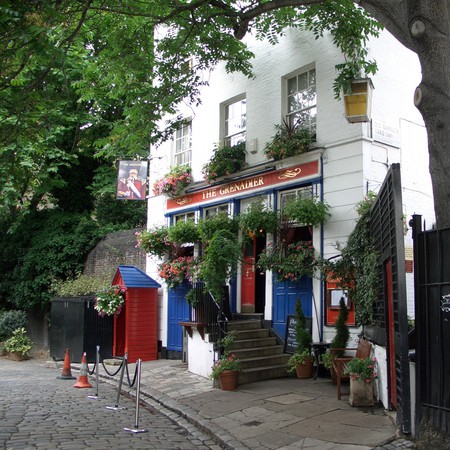 Down a secluded side street in London’s Belgrave Square stands The Grenadier, a pub most famous for its ghosts and reputation of being the most haunted pub in the city. Built in 1720, the tiny pub has served many purposes over the years but it was originally used as an officers’ mess and was even visited by King George IV.

The spooky figure said to haunt the public house is named Cedric, a soldier who was beaten to death by his comrades outside the pub in 1818, after he was caught cheating at a game of cards. Allegedly, the month that the incident occurred was September, which fittingly is the month with the most amount of paranormal activity in the pub. Since that date, a slow moving, silent ghost has seen walking the rooms of the charismatic drinking spot. 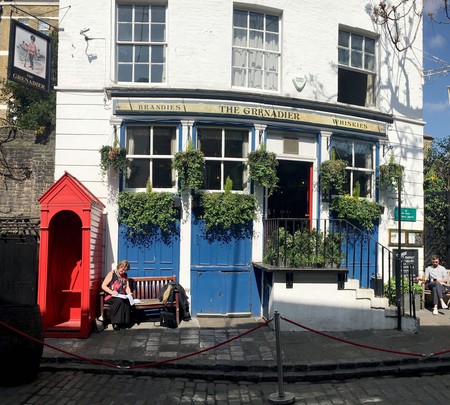 The pub’s name derives from Cedric himself, who was a Grenadier guard. Modern day punters who visit the pub stick money to the ceiling in an attempt to pay off Cedric’s debts; as a result of this, the pub’s covered in bank notes from all over the world. However, it would appear that even 200 years later, despite the help of the general public, his debts are not quite paid off, as Cedric continues to play pranks on customers and staff. Locals claim they can feel Cedric’s presence due to how frequently glasses break.

A spokesperson from The Grenadier said: ‘Objects seem to either disappear or move without explanation. Tables and chairs rattle inexplicably, as well as an icy chill that befalls the pub that can last for days. Footsteps have been heard wandering around empty rooms, and every so often, low sighing moans are heard from the depths of the cellar.

‘Famously, on one occasion, it was reported that whilst the Chief Superintendent from New Scotland Yard was enjoying a drink in the pub, smoke began to waft around him. As he reached towards the smoke, it is said that an invisible cigarette burnt his hand.’

This quirky pub oozes charm and has captured the hearts of Knightsbridge locals who frequently visit for an evening drink. Unsurprisingly the pub is also a hotspot for tourists hoping to catch a glimmer of the supernatural spectre. If you love all things paranormal, check out the Grenadier next time you’re in Central London, and enjoy its truly unique and fascinating history.

The Grenadier is at 18 Wilton Row, UK