In Hackney, London Fields Brewery Has Opened Its Doors Once Again 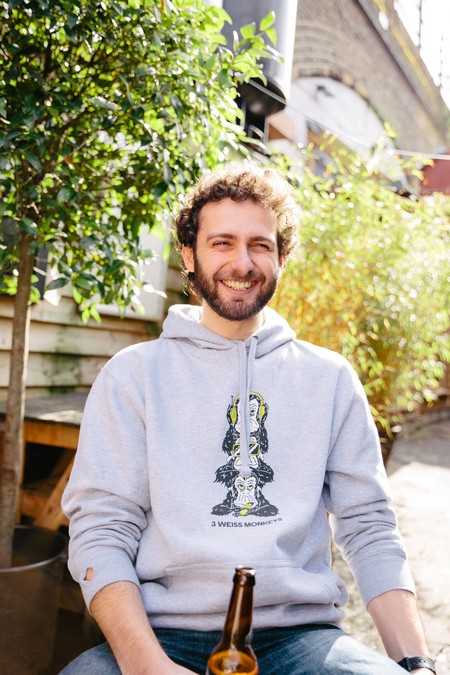 London Fields Brewery is going through something of a renaissance. Having relaunched in 2018 (with the support of Brooklyn Brewery and Carlsberg), this Hackney hangout is set to return to its former glory in no time at all. Culture Trip speaks to head brewer Talfryn Provis-Evans about how his taste has developed since his home-brewing days and what the plan is for the future of London Fields Brewery.

CT: Can you tell us a little bit about the history of London Fields Brewery? Who is the founder and how did it get started?

TPE: The brewery was founded in 2011 and was the first commercial brewery to open in the area since the 19th century. In 2017, it was acquired in a joint venture between Brooklyn Brewery and Carlsberg, but continues to run as a standalone business. 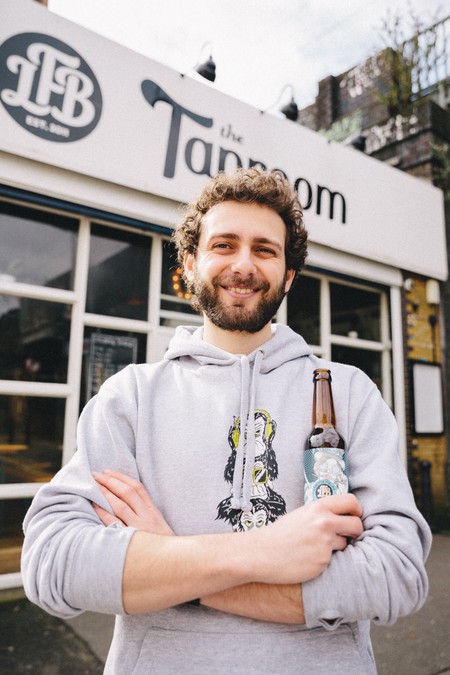 CT: How did you get involved with this brewery?

TPE: My interest was caught when I had a phone call from an old friend. [He told me about] a brewery that was seeking someone to head up the design and build of a new brewery, create and develop recipes, and essentially have a blank canvas, which was incredibly exciting. From that phone call onwards, my interest only grew, and here we are now.

TPE: Kind of a weird one here. At the end of my uni degree, like many others, I didn’t really know what to do with my life! So, I looked at the things I enjoyed the most: cheese and beer. I decided to pop off an application for a grad scheme to a well-known cheese maker and also send an application off to Heriot-Watt to do an MSc in Brewing & Distilling. Let’s just say that beer won (as it so often does…), and so I went off to Scotland to start my career in brewing! 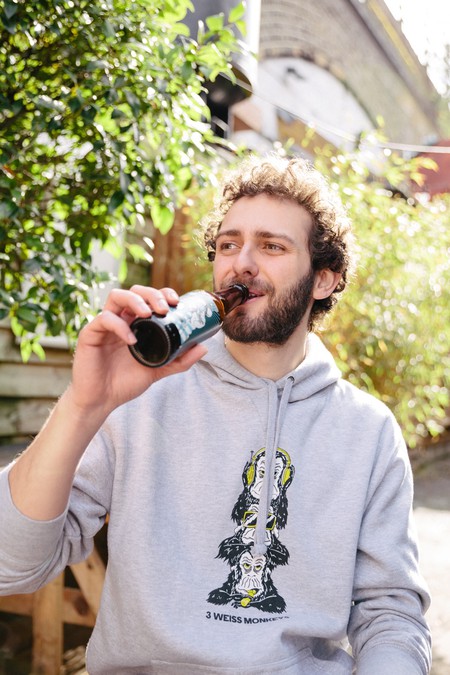 TPE: Taste is obviously the most important factor – if it doesn’t taste great, what’s the point?! That being said, there are some styles I particularly enjoy and some I don’t, so I will usually base my decision on style if I don’t know the beer.

The brewery and philosophy behind the brand are not as important, for sure, it can often give a gauge on what the beer might be like, but I don’t like to judge a book by its cover and I’m always willing to try something new from a brewery that hasn’t necessarily performed organoleptically favourably in the past.

CT: What is London Fields Brewery’s approach and philosophy to brewing beer?

TPE: For me, a beer isn’t doing its job if it is not inducing pleasure – whatever that may be for the drinker. So, we have to look to craft a beer that is accessible, sessionable and flavourable.

CT: Can you talk through the range of beers on offer? Does this change with each batch?

TPE: We have a core range of three: a Pale (Hackney Hopster), a White IPA (3 Weiss Monkeys) and a Lager (Broadway Boss).

Hackney Hopster is light, dry and crisp. It’s minimalist on the malt flavour with a light bitter backbone, laying out a clean platform for the Citra, H. Blanc and Motueka to take centre stage. Drinkers should be getting a passionfruity, grapefruity, stonefruity, lemony mix.

The 3 Weiss Monkey beer is an in-your-face spicy banana flavour, with wheaty-ness bringing up the backbone. Layered just underneath is the citrus bomb, with Citra and Mosaic hops bringing the balance.

Broadway Boss is a simple, no frills lager. It’s an extra pale and light malt backbone, again with a balanced bitterness. After the general ‘lagery hoppy’ flavour (coming from the mittelfruh), it should yield a lemony zing from the Lemon Drop to round off the clean and refreshing feel.

The core range will be a consistent stalwart of the brewery brand, but we will have an extensive range of specials, seasonals, and collaborations to supplement the faithful three. 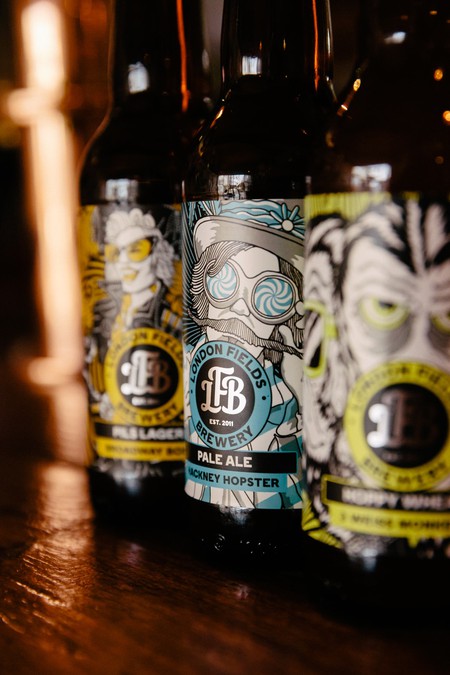 CT: What was the first beers you made, and have your flavours changed since then?

TPE: If I’m honest, the first beers I made were at uni, so flavour wasn’t that high on the priority list! That being said, I’d say my preferences have changed almost completely since I began drinking/brewing. It’s a constant evolution, what I make now could well be wildly different to what I make a year down the line; I wouldn’t want to limit myself, I think flavour development and exploration is key for producing the kind of beers people love and yearn to drink.

TPE: Tours, not at the moment, but people should keep an eye out on our social media channels. We’re also planning on reintroducing home-brew lessons.

We of course have our Tap Room, where you can head to from Thursday through to Sunday every week to taste our new core range of brews.

Our beer on draught will spread from our base in London Fields (local and fresh is awesome), and we hope to extend our reach to the whole of the UK in time. 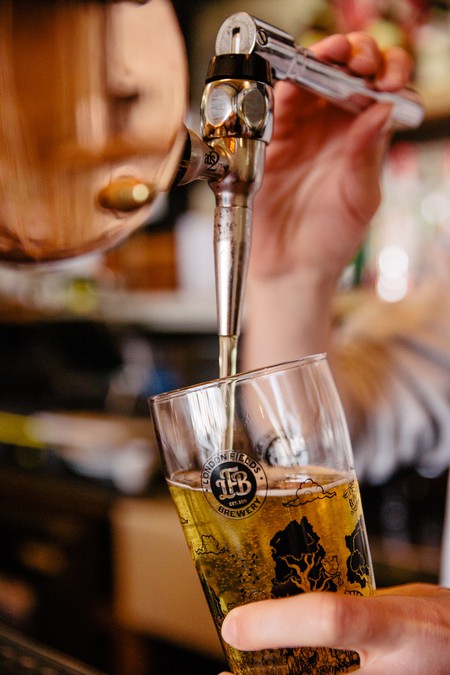 TPE: LFB Live, a series of live acts playing at the brewery, will be kicking off in June, but we also have live local bands playing every Friday and Sunday evening. We’re also planning a few bigger events, again people should check in on our social media for further details.

TPE: The core range will be available in small packs from many bottle shops, bars, pubs and distributors soon. 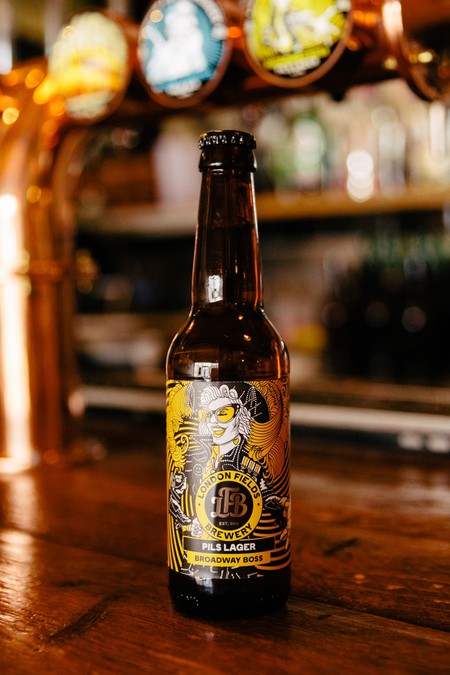 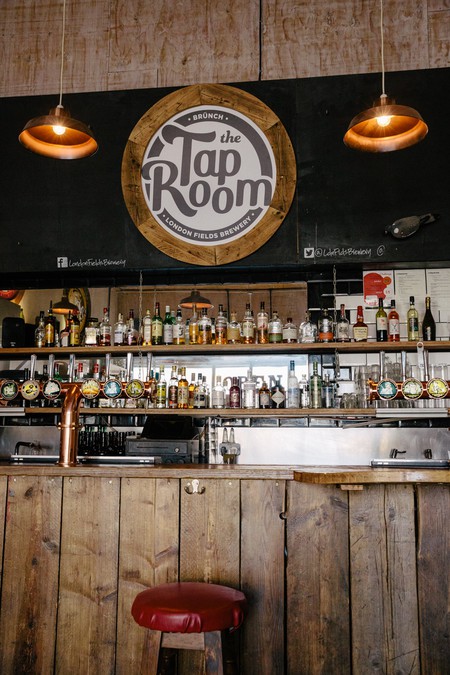