Huckletree's Gaby Hersham on Building a Co-Working Empire Around Community 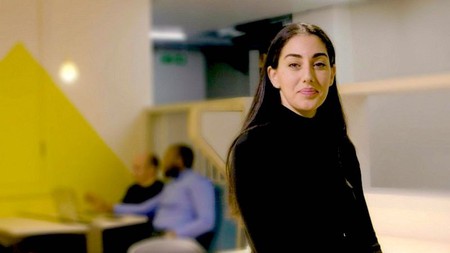 Gabriela Hersham is the co-founder and CEO of Huckletree, one of London and Dublin’s fastest growing co-working communities. We sat down with the entrepreneur to talk start-ups, the power of collaboration and why she’s committed to building her business around community.

In her twenties, Gabriela Hersham moved to New York City to pursue a career in film.

‘It was just after the recession and a lot of people were leaving the corporate world to try their own thing,’ says the businesswoman. ‘I had been working in film production with one other person from a little flat in the West Village for the bones of a year, and it was kind of isolating. So we put something on Facebook saying, “Has anyone heard of one of those shared office things?” We literally didn’t even know the name “co-working.”’ 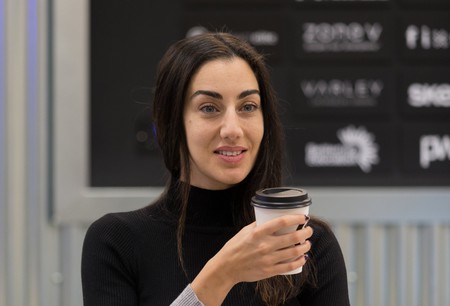 After finding a shared space, Hersham fell in love with the serendipitous collaborations co-working is now famous for facilitating. She returned to London with a vision, co-founding Huckletree along with entrepreneur Andrew Lynch in 2014.

Now counting three London workspaces – in Clerkenwell, Shoreditch and White City – as well as a fourth in Dublin, Hersham credits her successes to her team and their shared resolve to stay true to the brand vision.

‘It’s two pronged,’ Hersham says of Huckletree’s mission. ‘First, we believe that everybody should have access to great workspaces that you can be proud of, that can validate you to investors and third parties, but that you can also enjoy spending time in. Second, these spaces have to be communities of interesting people doing interesting things.’ 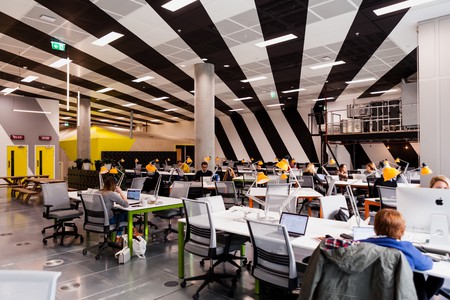 The brand has a careful curation process for selecting the start-ups it hosts in its spaces, and Hersham is directly involved in handpicking businesses to ensure they’re the ‘right fit’ for the community.

‘We don’t have a sweet spot of where brands are in their fundraising journey,’ she says. ‘It’s more about the business itself and the people who are behind the business.’

‘In my team, we’re 50% men, 50% women. All of Huckletree’s GMs are women. It wasn’t intentional but I do think it’s due to not having biases with hiring for those roles,’ says Hersham, who handles the majority of Huckletree’s hiring herself.

‘There’s a real feeling of respect among all of our team members. One thing we’ve been really adamant on is that everyone in our team has vesting equity. We’re like a family because we all genuinely get along and because everyone brings a lot to the table, but also because I like to believe they feel as invested in Huckletree’s success as I do. Our team is the whole reason for our success,’ she says. ‘I genuinely believe that.’ 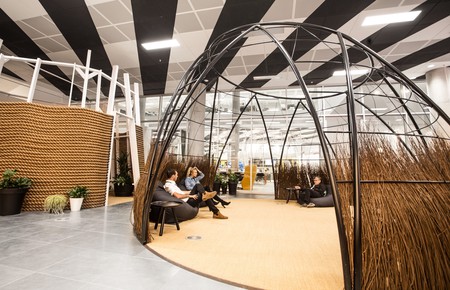 In addition to shared work spaces, Huckletree has developed Alpha Programme, a three-month-long in-house accelerator for pre-seed companies ‘with really great ideas but not much capital’.

Cohort brands get pitch practice, help building a business plan and Huckletree membership for up to three people from their team. ‘Our aim is to make the first steps of the entrepreneurial journey structured and impactful,’ says Hersham.

Huckletree doesn’t take any equity and doesn’t charge the cohort businesses any fees. ‘We wanted to be able to offer them something pro bono, give back to them and be able to capture those really exciting businesses really early on to be a part of our community.’

It also created an Ambassadors’ Programme, bringing together inspiring individuals across the tech and media sectors, from entrepreneurs and investors to creators and journalists, to help young entrepreneurs maximise their potential with exclusive speaking engagements and mentorship for the Alpha Programme cohorts.

‘One of the key things I’ve learned is the importance of surrounding yourself with people with goodwill, who are smart,’ says Hersham.

‘People who can help you progress your business are really important, but I think it is more important to surround yourself with people who have good intentions towards you and what you’re building.’