How Veganism has Redefined London's Cuisine 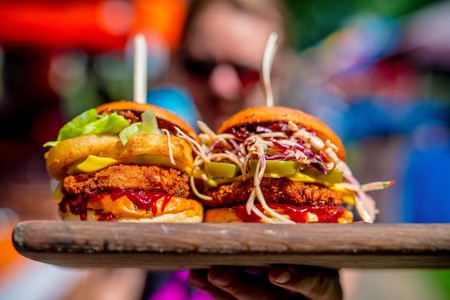 Whether you’re visiting London for the first time or you’ve returned for another trip, it’s likely you’ll notice how veganism has redefined London’s cuisine. Most menus have three distinct elements: allergen-guidance, vegetarian-friendly and now, vegan options.

Veganism has taken over London’s restaurant scene and is spreading rapidly among millennials conscious about the meat industry’s impact on the environment. Over the last decade, veganism’s impact on the food business has seen new venues open for those interested in this particular lifestyle.

‘The image of veganism is undergoing the most radical change in its history, while shedding the tired, old stereotypes,’ says Dominika Piasecka, spokesperson for The Vegan Society. ‘People now closely associate it with health, fitness and wellbeing. It’s no longer portrayed as an unusual lifestyle, it’s easy and accessible – there has never been a better time to be vegan,”

The Vegan Society is the UK’s largest vegan organisation and was established in 1944. Since then, it has made a huge effort to get vegan food, ingredients and options into every corner of the UK’s capital. ‘The reasons for the rise of veganism are numerous: the positive portrayal in the media has contributed to its changing image; documentaries on the shocking realities of animal agriculture have gained prominence; peaceful activists are educating the public about veganism on the streets and in schools; delicious vegan recipes have multiplied online and on social media as society becomes increasingly health-conscious; and top vegan athletes keep proving that you can be fit and healthy on a plant-based diet,’ explains Piasecka. 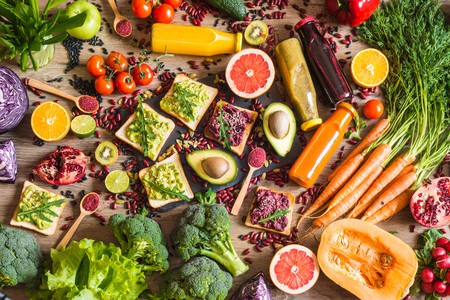 Not only has veganism becoming a more accessible lifestyle choice, it has also provided options for any type of food-craving people might have. If it’s fried chicken you’re in the mood for, you are likely to find a vegan-friendly option made of seitan, also known as wheat gluten. Like seitan, there are other ingredients that have been made more accessible, such as soy-based products, nut milks and other dairy-free alternatives. Restaurants that have implemented vegan cuisine are popping up all over London, such as Biff’s Jack Shack which includes 100% vegan ‘chicken wings’ and burgers on its menu. With these new venues in London, Piasecka is hopeful that in the near future, veganism will be an even easier lifestyle.

‘Every chain restaurant and many independent businesses now have decent vegan options, with some boasting dedicated vegan menus, while supermarket shelves are heaving with the increasing amount of vegan products on the market. We hear about vegan product launches on an almost daily basis to satisfy the growing demand for vegan food. Veganism is showing no signs of slowing down!’