How to Tell If Cambridge Analytica Stole Your Facebook Data 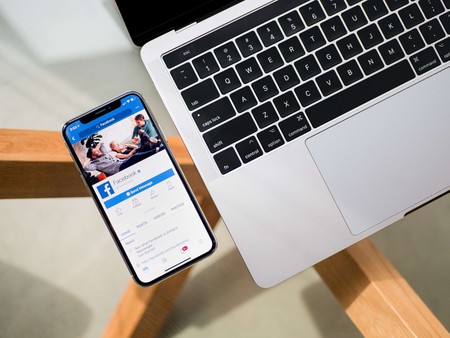 Ever since news broke that Facebook data was being scraped by the political firm Cambridge Analytica without users’ knowledge, you’ve probably been wondering whether your information was stolen.

From Monday, April 9, Facebook will tell you wether your information may have been improperly shared with Cambridge Analytica. 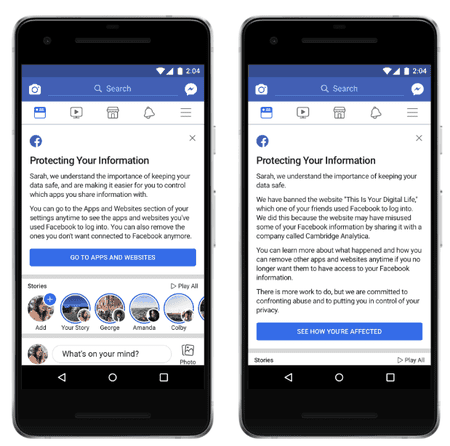 To find out directly, click here and read the automated message from Facebook. You can also review and update the information you share with apps and websites by checking your settings here.

According to a statement from the social network, Facebook estimates that the data of up to 87 million people may have been improperly shared with the consultancy during the U.S. election.

While the vast majority of those affected are in the U.S., more than a million users are thought to have been affected in the Philippines, Indonesia and the United Kingdom. 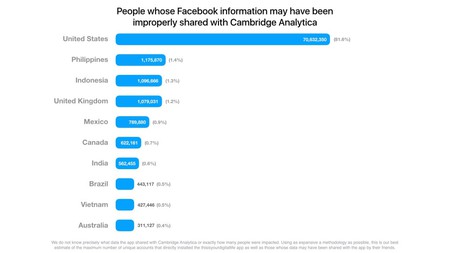 For an in-depth look at big data, online security and the future of democracy in data-driven reality, find out how targeted dark ads are using your data to manipulate your opinions; see our two-part series on the ways big data is changing daily life across America; and read how prejudiced artificial intelligence is changing Americans’ lives.

If you’re wondering about the consequences of Facebook’s massive data breach, read our take on whether Silicon Valley is headed for a social reckoning.