How To Rent a Bicycle in London 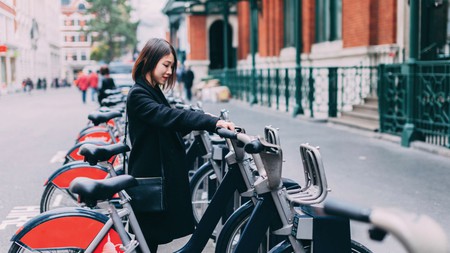 With more than 750 docking stations across the city, Santander Cycles are the most readily available bikes in London | © Oscar Wong / Getty Images

Cycle your way around London with Culture Trip’s guide to renting, riding and docking a bike in the capital, including the cost of bike hire and the city’s best bike rental companies.

London doesn’t quite match up to neighbours Amsterdam and Copenhagen when it comes to being bike-friendly, but that doesn’t stop Londoners cycling to and from work every day. Approximately 700,000 bike journeys take place in the capital daily, which is set to increase as the city makes strides to become carbon neutral. Whether you want to know how to rent a bike for your commute, for sightseeing or for a leisurely ride in the park, here’s Culture Trip’s guide to cycling in London. 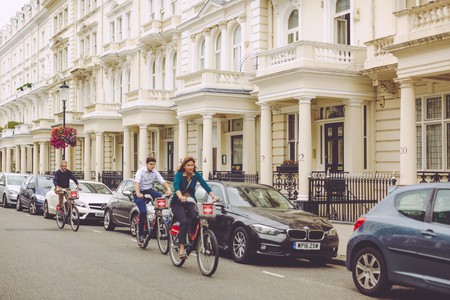 The simplest way to hire a bike in London is by hopping on a Santander Cycle (sometimes referred to by Londoners as ‘Boris bikes’, named after then-mayor of London Boris Johnson). As they’re Transport for London’s official cycle scheme, these red bikes are a pretty ubiquitous sight across the city. There are over 750 docking stations in the capital, each with easy-to-follow screens where you can pay for and unlock your bike – all you need is your bank card. Downloading the Santander Cycles app is a great way to find docking stations, plan routes and check bike availability.

Renting a Santander Cycle costs £2 for every 30 minutes you have the bike hired out – just make sure you put the bike back in a docking station once your journey is over. Alternatively, a yearly membership costs only 25p a day. 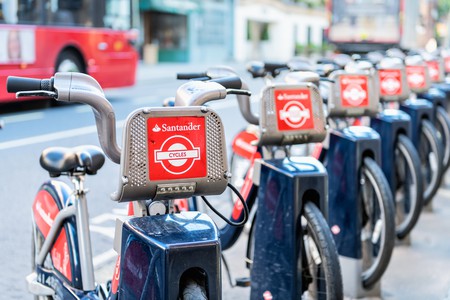 There are several other cycle schemes available across the capital, too. Mobike, for example, is a bicycle-sharing app where users can locate an available bike, ride it and park it when they’re done. The downside here is that there aren’t designated docking stations, and the operating areas in which users are able to park their bikes are quite limited. The upside is that renting a cycle with Mobike turns out a little cheaper than Santander Cycles, costing £1 every 20 minutes.

Riding on the app wave is JUMP, Uber’s foray into bike hire, and Lime, the electric-assisted, lime-green bikes. There’s also the community-driven bike hire site Fat Llama, where you can rent a bike directly from its owner for a fixed daily price.

If you’d rather take the old-school route, London boasts plenty of cool cycle shops where you can find a bike for hire. As well as being able to customise bikes for each rider, in-store professionals can give cycling advice and guidance to those new to the city, and most rental packages include safety gear. Cloud 9 Cycles in Fitzrovia has been around for over a decade and is run by a passionate team of cycling professionals. Meanwhile, London Bridge-based On Your Bike offers free cycle maps to help you plan your trip around the city. At East London’s Tokyobike, renting one of its light, colourful bikes costs from £18. 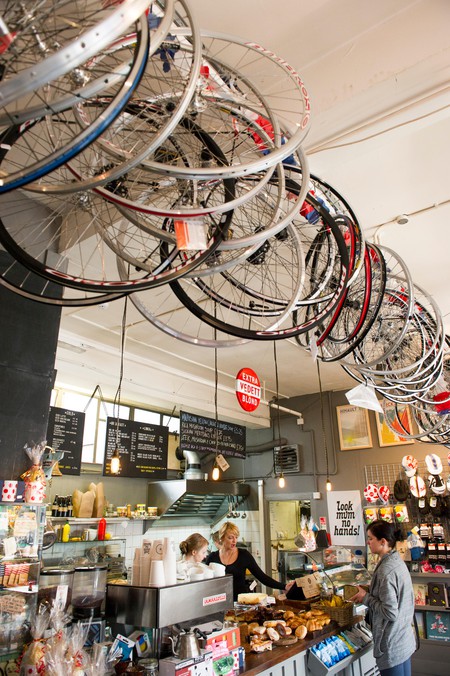 Alongside rental shops, there’s a growing trend of cycle cafés in London, where you can grab a coffee while getting your bike fixed by an in-house mechanic. Old Street’s Look mum no hands! was the trailblazer here, combining a café, bike workshop, bar and exhibition space under one roof. Since it opened in 2010, there have been similar hubs for the cycling community popping up across London, from Shoreditch’s CycleLab & JuiceBar to Deptford’s London Velo.

Now that you know how to rent a bike in London, check out Culture Trip’s guide to the city’s most scenic cycle routes.