How Scandinavian Fashion Made Its Mark in the UK 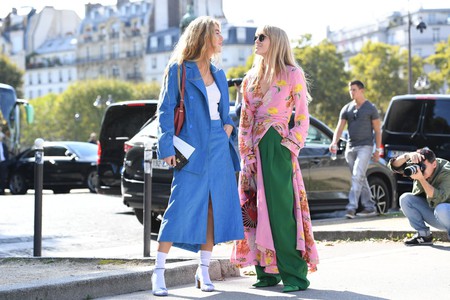 We explore how Scandinavian style has influenced the UK fashion industry, from new London store openings to the power of social media, and look at what’s next for the movement. 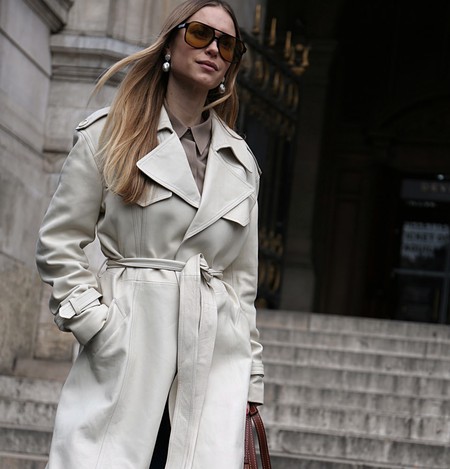 There’s no denying the impact that Scandinavian, or ‘Scandi’ style has had on the British fashion industry over recent seasons – it’s been the buzzword on everyone’s lips since we realised it wasn’t all flat-pack furniture and Swedish meatballs. But now, years after that initial spark of interest, our fascination with this typically Nordic way of dressing is showing no signs of waning. We explore how Scandi style has surpassed ‘trend’ status in the UK and made a seemingly permanent mark on our fashion landscape.

Uncomplicated, clean-cut and altogether effortless, there are certain connotations surrounding what we consider to be a traditionally ‘Nordic’ way of dressing. And perhaps it’s this easy aesthetic that first appealed to the London style set, who until then, were used to the daily pressures of championing something significantly more individual by proxy – something with an edge. But who can go wrong with a well-cut pair of jeans, good-quality basics, a touch of cashmere and that all-important hero coat?

Whether you’re aware of it or not, you and your wardrobe have more than likely been influenced to conform in recent years. Anyone in possession of a pair of wide-leg tailored trousers or a camel-coloured roll-neck is working the look. Styled together? You may as well book your flights to Stockholm now because you’ll fit right in perched on one of those angular dark-wood chairs in the city’s light-strewn coffee shop corners.

It was Acne Studios that first brought this aesthetic to the industry’s attention, setting up shop on Dover Street Market and bringing its pared-back, oversized silhouettes, block-colour panelling and neutral colour palette to the streets of London. Luxe fabrications did the talking, not to mention that now-insta famous millennial pink hue that set their bags apart from every other mid-priced brand on the market. 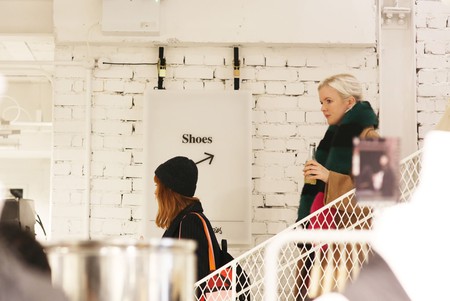 Now, the label has passed the baton to the likes of By Malene Birger and House of Dagmar, moving away from minimalism and presenting something more directional at its bi-annual runway shows. Could this be a rebellion against what is now a more mainstream way of dressing? With the likes of &Other Stories and Cos stores multiplying in London by the day and the H&M group’s newest Regent Street additions (highstreet denim brand, Weekday and brightly-lit clothing and concept store, Arket, to name a few), you could sympathise with why: what was once an exclusive way of dressing has now become accessible to just about anyone.

But what is it that’s been spearheading this movement? The logical opinion would be to consider the practicalities of Nordic style and how well it combats the cold; a fact that would certainly make sense considering this year’s extended winter in the UK. What’s perhaps more interesting, however, is the part that social media plays and its influence on the way in which we live our lives. At the time of writing this article, there are approximately half a million Instagram posts attributed to the hashtag #scandinavianstyle. It’s a factor that can’t go unmentioned. What’s more? Bloggers, industry insiders and fashion influencers hold increasing levels of power over our opinions. The likes of Elin Kling and Pernille Teisbaek are both advocates of the look, have a strong social media following (not just in the UK but globally), have been interviewed by Vogue and MATCHESFASHION.COM and have their own clothing labels. That said, there’s little wonder as to why their aesthetic has gone so viral.

It’s fair to say, however, that what we now know to be typical of ‘Scandinavian’ style is changing. The term spans three separate countries and in reality, they all have quite different – and ever-evolving – aesthetics. Perhaps, much like Acne Studios, it’s a rebellion against the stereotype, but with contemporary labels like Ganni hailing from Denmark and Copenhagen Fashion Week gaining more prominence with every passing season, the city is quickly gaining its own playful aesthetic. You only have to look at the accounts of Emili Sindlev and Jeanette Madsen – two of the most photographed industry insiders’ of recent Fashion Weeks – for proof.Often dressed in complimentary outfits, sporting oversized cuts, bubblegum hues and seen skipping arm in arm down the street, they make for a great snapshot.

Stockholm maintains its status as the home of the minimalist, whilst the street style stars of Oslo favour a slightly more elevated look. Ultimately, layering remains a consistent theme, as does the importance of having a strong capsule wardrobe, and that’s something that the UK continues to champion, but perhaps this shift in aesthetic is one that will suit London particularly well. With Weekday, Arket, &Other Stories and Monki all positioned within close proximity not only each other but to the buzz of Carnaby Street as well, a little more vibrancy seems only fitting. 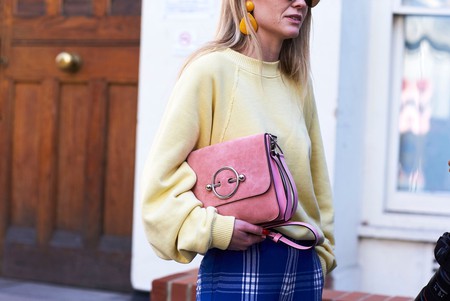