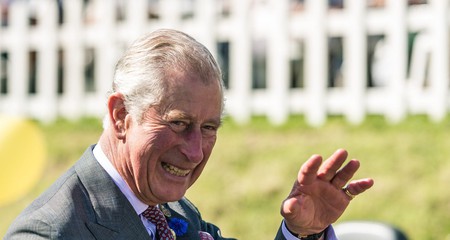 The Queen’s eldest son has long been outspoken about his distaste for modern architecture. His opinions eventually inspired the Carbuncle Cup, an architectural award presented to the worst designed building in the UK.

In 2000, the Scottish magazine Urban Realm began intermittently awarding the Carbuncle Award to particularly tasteless buildings in Scotland. Expanding on a metaphor used by Prince Charles to describe modern architecture in the UK, awards were granted in three categories: Plook on the Plinth Award “for the most dismal town in Scotland”, the Pock Mark Award “for the worst planning decision” and the Zit Building Award “for the worst building completed since the last awards”.

The Carbuncle Cup was started in 2006 by the UK architectural magazine Building Design as part of a scheme to market itself outside the niche audience of design junkies. In keeping with the spirit of the Carbuncle Awards, Building Design awards the prize to “the ugliest building in the United Kingdom completed in the last 12 months”. Every year, the winner is announced the night before the prestigious Stirling Prize is awarded by the RIBA to architects “of the building that has made the greatest contribution to the evolution of architecture in the past year”.

The word “carbuncle”, meaning an abcess or pustule, was first used in reference to architecture when His Royal Highness (HRH) Prince Charles addressed an audience to commemorate the 150th anniversary of the Royal Institute of British Architects (RIBA) in 1984. HRH congratulated efforts by the RIBA to refurbish deteriorated architectural landmarks throughout the UK, but chastised modern architects for ignoring “the feelings and wishes of the mass of ordinary people in this country”, when it came to London.

Prince Charles felt that the influx of modern architecture in London was a sign of cultural erasure. He mourned the loss of Georgian windows and Victorian spires which he felt embodied the capital’s beauty. In a populist appeal, HRH explained that modern architects and planners made people feel guilty if their “natural preference [was] for the more ‘traditional’ designs”, as he imagined a London “without concrete stumps and glass towers”.

Modernisation did not agree with HRH’s own natural preferences when he dropped this wet blanket on a high-tech scheme to rebuild London’s National Gallery: “What is proposed is like a monstrous carbuncle on the face of a much-loved and elegant friend.” 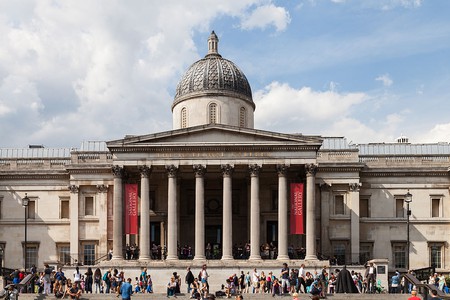 The plan Prince Charles opposed was designed by the firm Ahrends Burton & Koralek, which had won a competition to redesign the central London landmark. After Prince Charles’s objections, Ahrends Burton & Koralek’s proposal was never carried out. The National Gallery expansion, as it stands today, was designed by Peter and Allison Smithson, who took a much more traditional approach.

Prince Charles has long been critical of modern architecture, and while he claimed to champion a democratic approach to city planning in his 1984 address, his actions are quite contradictory. In 2010, a Freedom of Information request sent by Guardian journalist Rob Evans revealed a series of letters sent from Prince Charles to British ministers of state between the years of 2004 and 2005 regarding proposed building designs.

The documents, now called the “Black Spider Letters” revealed that HRH was inserting himself into the democratic process, thereby influencing planning decisions. While his opinions were expressed as a private citizen, his influence as heir to the British throne undoubtedly shaped the outcome of the planning process.

Prince Charles’s commitment to meddling did not stop after the Black Spider Letters were exposed. One specific instance in which he directly inserted himself to block a planning decision happened in 2009. HRH contacted the Qatari royal family about his concerns over architect Richard Roger’s plans to rebuild the Chelsea Barracks. Prince Charles claimed that Roger’s design was “a gigantic experiment with the very soul of our capital city”, and eventually the plan was cancelled.

The 2018 Carbuncle Cup shortlist will be announced at the end of August. Among the contenders are the architects of the Iron Foundry in Bristol, described as Darth Vader-esque, a London home that resembles a municipal building, and the “grotesque roof expansion” of the Shankly Hotel in Liverpool. The award has recently been given to the architects of London’s “Walkie Talkie”, Lincoln Plaza on Isle of Dogs, and the Nova Victoria building.