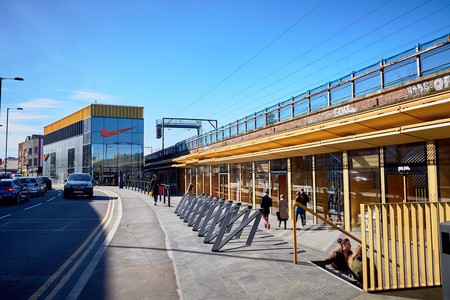 Once full of disused warehouses, East London’s Hackney is undergoing a rapid transformation. With the introduction of Hackney Walk, the area looks set to become a new luxury destination in London. Culture Trip charts the regeneration of one of London’s most happening areas.

A history of fashion in Hackney

From the 1800s through to the end of World War II, east London’s Hackney was a hub for textile production. At their peak, the factories employed over 15,000 people, however as many shut down in the late twentieth century, the area transformed from a lively manufacturing spot to become more residential. High rise buildings and empty warehouses replaced industry, and Hackney fell very much ‘out’ of fashion.

But then London got expensive, and designers who had been working out of West and Central London found themselves unable to afford rents. It was in the early noughties that the creatives moved to the east, and the creative revival of Hackney began. Over 100 clothing manufacturers have opened up workshops in the region, and you’ll find the likes of House of Holland, Marques’Almeida and J.W.Anderson, alongside a host of emerging designers working here. 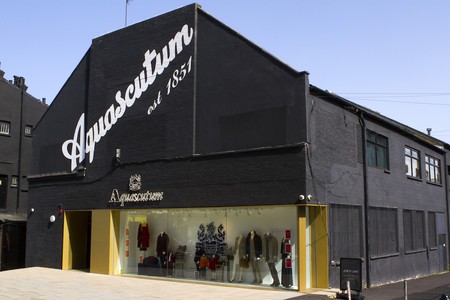 Hackney Walk: Luxury in the heart of east London

Yet in spite of the calibre of designers that it houses, Hackney has never been considered a luxury hotspot. It’s a place where creativity was exported from and repackaged in designer boutiques further afield – from Bond Street, Kensington and then the rest of the world. That’s what made it dynamic, it was a community-centric area rather than a commercial one.

Hackney Walk, the luxury outlet which opened late in 2016, thus occupies an interesting position, while also playing a pivotal role in the next stage of the area’s regeneration. With ambitions to rival Oxford’s Bicester Village in terms of size, Hackney Walk houses everyone from Anya Hindmarch, to Matchesfashion.com; Joseph, to Zadig & Voltaire. Sample sales are abundant, and the Hackney Garden hosts workshops and events across the cultural sphere.

It’s about stitching (if you’ll excuse the pun) that central facet of luxury – craftsmanship – at the heart of the venture. 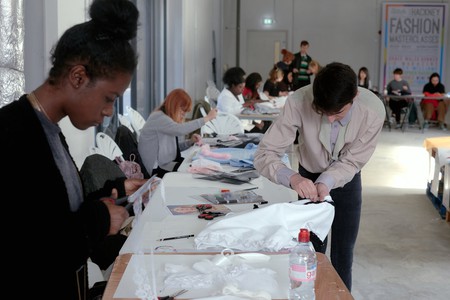 The evolving luxury landscape in Hackney

The opening of Hackney Walk followed other designer brands such as Burberry, who have had their London outlet store in Chatham Place since the late 1990s. ‘Hackney is up and coming, yet it hasn’t realised its full potential yet,’ says Jack Basrawy, founder of Hackney Walk.

Indeed, while the regeneration of the area is now evident, the transformation isn’t complete. Broadway Market, London Fields, Colombia Road Flower Market and Geffrye Museum attract ample hipsters and tourists, but the borough still has the second highest level of child poverty in the city. As such, initiatives such as The Stitch Academy offer crucial grass roots regeneration, and in Walthamstow, Black Horse Lane Ateliers provides ample inspiration for the kind of movement that could work.

Further east, the regeneration of Stratford, first initiated by the Olympics and now set to be a new creative centre, with London College of Fashion moving there next year. However, if the borough wants to offer a new narrative, more luxury retailers need to offer similar programmes.