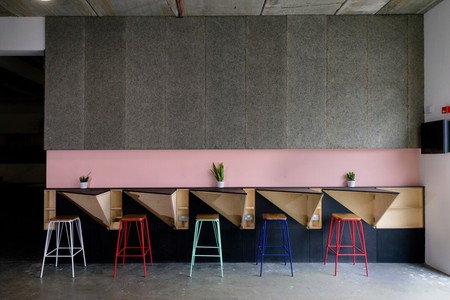 Five Miles, a venue hidden away on an industrial estate in Tottenham, is much more than just a club.

Walking up to Five Miles you’d be forgiven for thinking you have the wrong address. It’s located in the middle of an industrial estate. The only sign that there might be more to the grey stretch of road is a trendy café tucked away at the start of it. But as non-descript as the area initially seems, it’s fast becoming a must-visit destination for music lovers in the know and a new hipster hangout, thanks to this edgy club.

It’s not just a venue with a cutting-edge sound system, either. Five Miles also houses a brewery and a restaurant, Torshi, which serves up Middle Eastern-inspired cuisine. It’s run by the Real Gold collective, the same team who brought us the Pamela and Rita’s restaurants in Hackney as well as The Alibi, a popular late night bar, in Dalston. 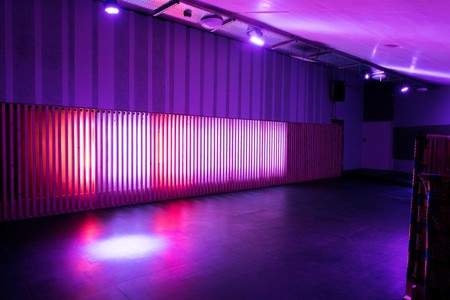 The club, which opened last year, got its name because it’s located five miles from the centre of London.

Tottenham has been tipped as an up-and-coming London hotspot for a while now but has yet to witness the rapid gentrification seen by neighbouring areas like Stoke Newington and Dalston. But, as Five Miles co-founder Deano Jo is keen to emphasise, the borough isn’t the new Hackney – it’s got its own identity. 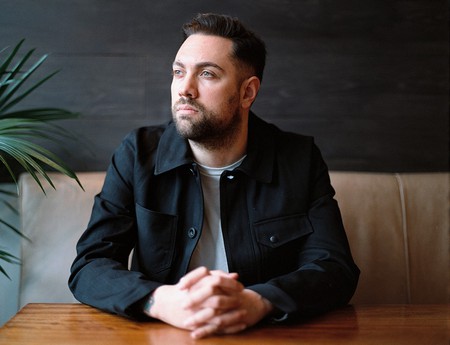 Culture Trip (CT): Why did you decide on Tottenham as a good place for a new venue?

Deano Jo (DJ): I am a No–rth London boy and Turnpike Lane, Wood Green and Seven Sisters were my teenage stomping grounds. Some friends of friends had a recording studio complex called Ten87 and, when they had secured a big warehouse opposite, they reached out to us about running a café/bar for their tenants. We convinced them to let us try open a nightclub.

CT: Can you remember the first time you saw the site for Five Miles?

DJ: Yes. It was a fabric warehouse. It was gigantic. I have a poor imagination but my partner could see the whole thing; a club, a brewery and a bar.

CT: Why did you think it would be a good space to turn into a club?

DJ: The space was big, which obviously helped, but what swung it really was a very cool conversation we had with the council. They were warm to our idea for the space, which gave us the confidence to try make it happen.

CT: You also have a brewery and restaurant on site – why did you want to include these as well?

DJ: Mark Hislop, one of the four people behind Five Miles, is a real beer head. With Tottenham fast becoming London’s beer capital – with Beavertown, Redemption, One Mile End all moving here – we thought it was a no brainer to make beer one of our main focuses at Five Miles.

When we blagged some parking spaces from our landlord, we decided to drop a shipping container there and try brew some great beer. We launched Hale Brewing a month ago.

CT: What’s so special about the sound system at Five Miles?

DJ: Nighttime spaces are problematic on a lot of levels. They’re pretty hard to run so, understandably, a lot of blanket approaches are thrown at problems to make life easier. If acoustics are bad, make the system really loud. If you can’t afford nice materials, make the room dark. If you need to sell food, sell burgers.

When we got the keys and were faced with a giant empty warehouse on day one, we kept asking ourselves, ‘How should a nightclub look and feel in 2018?’. So we started with building the most acoustically sound room we could afford. We’re constantly trying to tweak our sound, our beer, our kitchen but we’ve built some good foundations.

CT: What kind of crowd do you cater to?

DJ: Anyone with an interest in underground music and good beer.

CT: What’s the most memorable club night you’ve had so far?

DJ: Probably our first night: Brownswood Recordings 10th Birthday. It was a building site until the doors opened. It was an emotional day. We almost cancelled it a couple of times. But we made it happen. And it was amazing!

CT: Are there any plans to expand the site?

DJ: We’re talking about getting another shipping container so we can make more beer but, apart from that, we are stretched to our absolute limit.

CT: Is Tottenham the new Hackney?

DJ: No. Tottenham is Tottenham.

CT: Do you think it’s a good area for musicians?

DJ: Yes. Rent is affordable, plus there are spaces to practice and record and perform in. And an audience to appreciate it.

CT: What other places in the area would you recommend?

CT: What kind of experience are you hoping to give clubbers in Five Miles?

DJ: Amazing sound and amazing beer for both the purists and the tourists. A setting that welcomes everyone.