How Did the Great Fire of London Start? 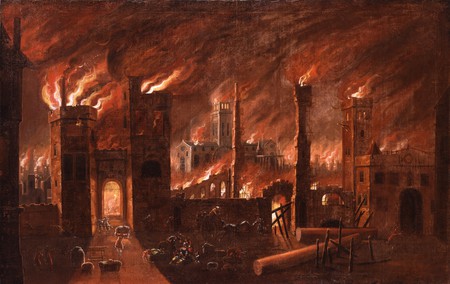 The Great Fire of London, seen from Ludgate | Courtesy of the Museum of London

From 2-6 September 1666, the Great Fire of London raged through the capital, destroying one third of the city and obliterating famous buildings including St. Paul’s Cathedral, Guildhall and the Royal Exchange. The flames consumed 87 churches and 13,200 houses, leaving 100,000 Londoners homeless. All this havoc begs the question: what caused the Great Fire of London?

Who started the fire?

Bizarrely, a Frenchman called Robert Hubert was hanged for starting the fire following his own confession, despite the fact that he wasn’t even in London when it began. 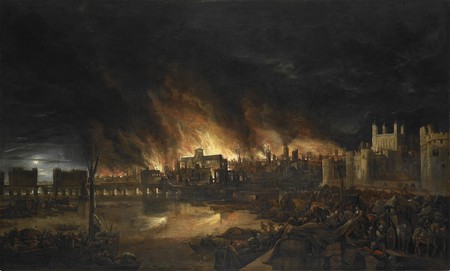 There is a consensus among historians that the fire most likely started shortly after midnight on Sunday 2 September in Thomas Farriner’s bakery on Pudding Lane. Farriner always claimed that all the fires in his house had been out, except for one which had only been smouldering when he went up to bed – it was common for a 17th-century Londoner to live in the same building where they had their business.

Why did the fire spread?

Fires, too, were common in 17th-century London, where wooden houses were built close together and leaning into the narrow streets. In fact many contemporary prophecies predicted a great fire that would destroy much of the capital.

Regardless of whether or not Farriner was telling the truth about his ovens, the houses of Pudding Lane were well stocked with highly flammable materials including rope, oil, tar and brandy – plenty of fuel for a fledgling fire. Unfortunately, a long, dry summer had seen houses made of timber wood become tinder dry and, to make matters worse, stormy winds blowing from the east helped the fire spread uncontrollably across the city. 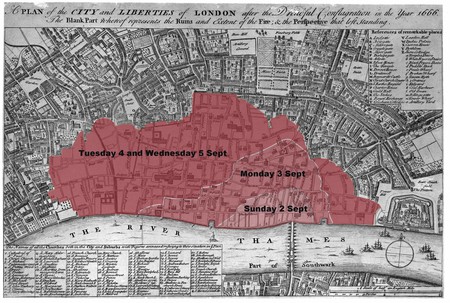 Map showing the spread of the Great Fire of London, based on Wenceslaus Hollar's famous contemporary map | Courtesy of the Museum of London

While it may sound like the perfect storm, it wasn’t all bad news. Fortunately, a section of London Bridge was missing, so although the bridge itself did catch fire, the flames never reached Southwark on the south side of the River Thames.

How was the fire stopped?

Firefighting was fairly primitive in the 17th century. Attempts to combat the flames of 1666 with fire hooks, leather buckets and fire squirts was insufficient to say the least.

On the morning of 2 September, diarist Samuel Pepys, who later became a Member of Parliament, advised King Charles II that the only way to stop the conflagration was to create firebreaks by tearing down buildings in its path, thus starving the fire of fuel. Unfortunately, pulling down houses with fire hooks was a particularly slow and inefficient strategy, especially considering the strong winds that were blustering through the capital. Lord Mayor of London Thomas Bludworth lamented: ‘I have been pulling down houses. But the fire overtakes us faster than we can do it.’ 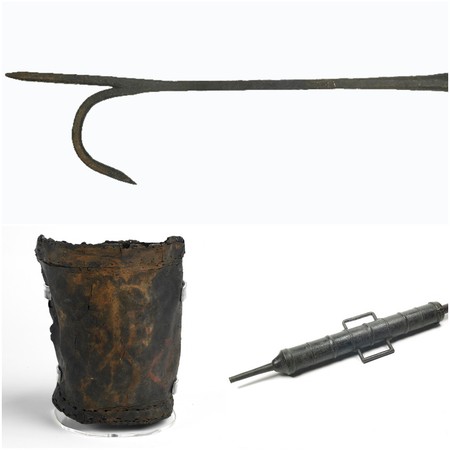 It was not until the evening of Tuesday 4 September, when gunpowder was employed to bring down buildings with the assistance of the Navy, that the firefighters began to get the fire under control, aided by the fact that the weather had calmed down. Finally, by dawn on Thursday 6 September, the fire had been extinguished.

Remarkably, only six people are reported to have died in the Great Fire of London – including Thomas Farriner’s maid, who was said to have been too scared to climb out the window as the family escaped the flames – although it is likely that many more perished in the devastating fire of 1666.

Want to learn more about the Great Fire of London? Visit the War, Plague & Fire gallery at the Museum of London.