How Did London's Soho Get Its Name? 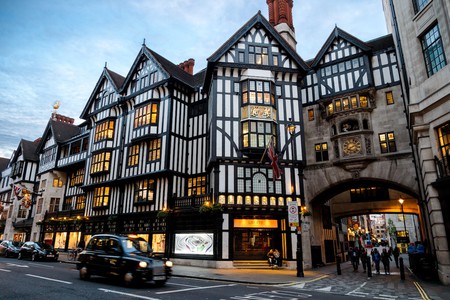 Soho in London’s West End has been famous as an entertainment district since the beginning of the 20th century, but the origins of its name are rather bizarre.

Famous for upmarket restaurants and shops and a popular spot for commercial offices, especially for those in the media, Soho has experienced a recent gentrification drive that has changed the character of the district. Before this, the area had a fairly insalubrious reputation dating from the mid-1700s and culminating in Soho’s association with London’s 20th-century sex industry.

Four centuries earlier, Henry VIII designated the area as a royal park and used it as a hunting ground. It was during this time that Soho is said to have derived its name from a Tudor-era hunting cry. Some have suggested that the boundaries of the hunting ground were marked out with blue posts and this explains why there are five pubs called The Blue Posts in and around the Soho area, while others say these pubs mark the sites of the azure poles where Londoners used to be able to hire sedan chairs long before the iconic black cabs appeared on the streets of the capital.

London’s Soho was the first in the world, but now there are plenty of places of the same name around the globe. There’s one in Hong Kong, another in Tasmania and a third in Buenos Aires. There are also two more in the UK, one in Somerset and the other in the West Midlands, as well as two in the US: one in Tampa, Florida and the other in Manhattan, New York, the most famous namesake of the London district. One thing many of these other Sohos have in common is that they’re upmarket districts with a thriving nightlife, but this is the result of them being named after London’s Soho, which developed its status as an entertainment district, and not a link to the original Soho name. 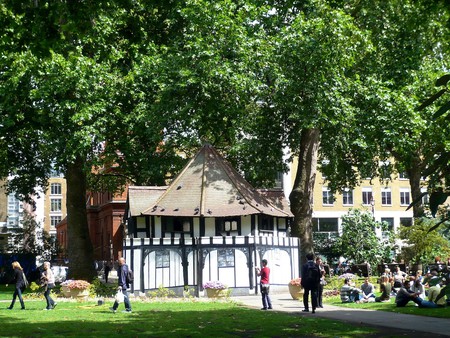 The name association between the various Sohos around the world and their eponym in the UK capital taps into the original Soho’s appeal for the aristocracy. When the area was initially built up around Gerrard Street in the late 17th century, it was in the aftermath of the Great Fire of London, which had destroyed two thirds of the city and left 100,000 Londoners homeless. Soho’s prestige slumped during the mid-18th century when the upper classes moved out of the district due to a cholera outbreak, and it took the area nearly two-and-a-half centuries to recover its upmarket reputation.