How Did Clerkenwell Get Its Name? 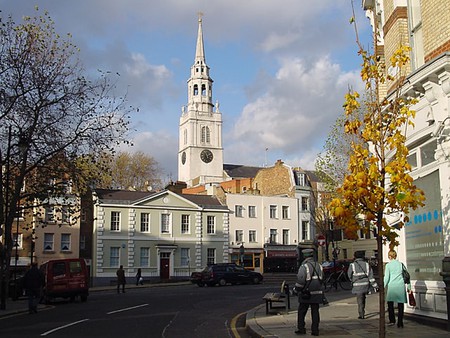 Home to Exmouth Market and City University, Clerkenwell in the northern reaches of Central London is a fraction of its former size – but it still boasts culture, creativity and intellect in equal measure. Here’s how Clerkenwell got its name.

Clerkenwell has been around as a parish for some time. According to British History, the area’s historic centre revolved around the Priory of St John of Jerusalem, founded by Lord Jordan Briset during the reign of Henry I, fourth son of William the Conqueror. This priory served as the English home of the Knights Hospitallers, a monastic order that initially made its name during the 11th century by providing medical care and sustenance to crusading knights in the Middle East and later itself went on to become a formidable fighting force. 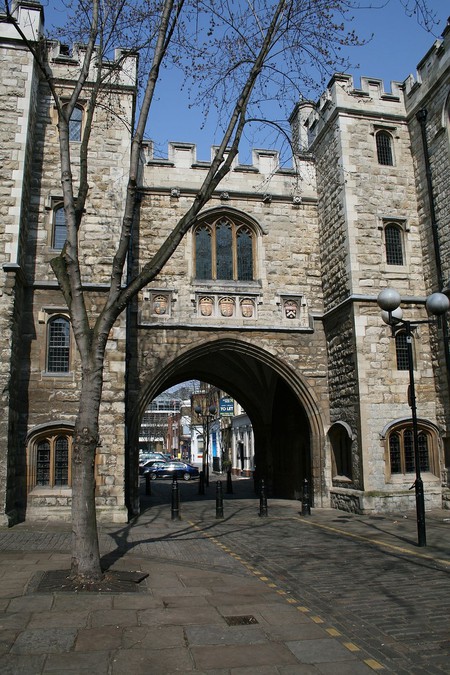 St. John's Gate, the old south gate of the Priory of St. John of Jerusalem | © Misterweiss/WikiCommons

London Remembers asserts that the name Clerkenwell derives from Clerks’ Well, a spring around which sacred plays were performed in the Middle Ages by clerics. At that time, a cleric was commonly referred to as a clerk, pluralised as clerken. Although Clerks’ Well was lost until its rediscovery by builders in 1924, the clerken and the well joined to lend their combined name to the area, so while the well was indeed gone for some time, it was never truly forgotten. The well was incorporated into a building called Well Court on Farringdon Lane in the 1980s, but it can still be seen through one of the ground floor windows.

Nowadays Clerkenwell is considered a desirable place to live, full of Victorian-era factories and warehouses that have been converted into stylish flats. This trendy reputation dates back as far as the 17th century, when Oliver Cromwell and Erasmus Smith, as well as the Duke of Northumberland and other aristocrats, are said to have owned properties in Clerkenwell. It was around this time that the area enjoyed resort status, particularly popular for its proximity to the city – Londoners needed only walk a short distance to take advantage of the spas, theatres and tea gardens in the locality. 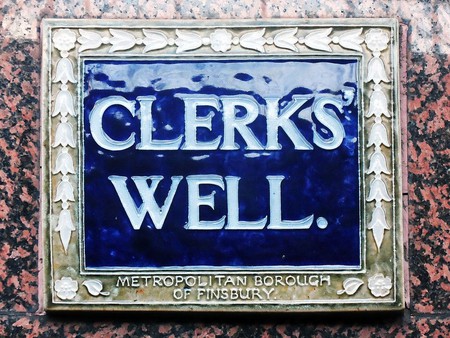 Plaque marking the site of Clerks' Well, eponym of Clerkenwell, which can be seen through the window to the right of this tablet | © Spudgun67/WikiCommons

Between the 17th and 19th centuries, there were three famous prisons in the vicinity: Clerkenwell Bridewell, Coldbath Fields Prison and the Clerkenwell House of Detention, the site of an explosion in December 1867 that left London shaken after Irish republicans levelled the prison wall to the ground in an attempt to free their Fenian brothers.

During the 19th century, Italian immigration to the area led to the southwestern part of Clerkenwell becoming known as Little Italy – not to be confused with Little Venice, where the Grand Union Canal and Regent’s Canal converge in North-West London. It was towards the end of the 19th century that the area first developed connections with the watch-making and jewellery trades, an association that continues today in the form of Hatton Garden – now an area in its own right – which had been known as Ely Place until it came to be owned by Christopher Hatton, a favourite of Elizabeth I.

Enjoy reading this article? Find out how Shoreditch got its name or learn Big Ben’s real name.