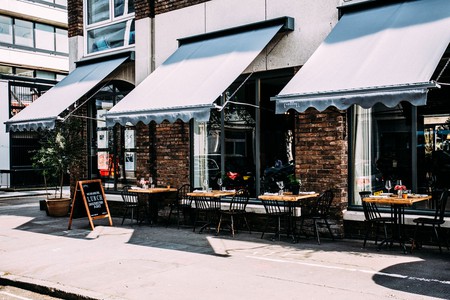 Over the past five years, Carousel has launched the careers of dozens of superstar chefs and established itself as the place to find the next big thing in dining. Culture Trip speaks to two of the owners of this family-run creative space to talk about how this three-tier Marylebone restaurant became one of London’s most exciting places to eat. 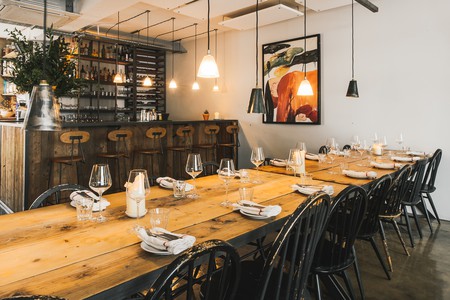 No two dinners at Carousel are the same. For five years, this family-owned Marylebone space has been one of London’s most intriguing restaurants. Menus are ticketed, tables are communal, and every week or so, there’s a new chef at the pass, serving something radically different than the chef who preceded them. One week, you could be eating smoked pike and foie gras, served by one of the hottest chefs from St Petersburg – the next, a plate of Venetian salt cod doughnuts, lollipops made from partridge or a Thai salad of chicken gizzards.

“Chefs are like DJs now, with all these crossovers and four-hands dinners all over the world,” says co-owner Ed Templeton. The Templetons – cousins Ed, Ollie, Will and Anna – have spent the past half-decade transforming what was originally a big, empty, unwieldy property in bougie West London into the home of its chef residency programme, and a dynamic creative centre not just for cooking but for the arts, masterclasses and all manner of pursuits. “This generation of chefs don’t want to be stuck in a basement cooking the same thing every day,” says Ed. “They want to collaborate.” 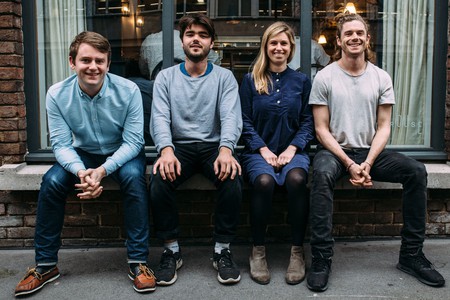 Through their legendary residencies, Carousel has acted almost like a finishing school for the city’s brightest young stars, catching them very often in the hinterland between leaving their Michelin-star training kitchens and opening their first restaurant with their name above the door. Including Leandro Carreira of The Sea, The Sea in Chelsea, Selin Kiazim of Shoreditch’s Oklava and Jeremy Chan of Michelin-star-holder Ikoyi by Trafalgar Square, dozens of chefs have come to Carousel to refine their ideas, road-test their dishes and feel out the flow of their menus with the restaurant’s receptive diners. “We’ve built up a trust with our audience, and they know that if they come here, they can find the next big thing,” says Ed.

However, Carousel doesn’t focus just on food. Over three floors in the main building, an open space next door and a further venue in Seven Dials, the Carousel team hosts corporate events, brand launches, workshops, exhibitions and even weddings. The group runs courses on miso-making and calligraphy, has held wellness workshops and used their spaces for artist residencies. When Culture Trip arrived to speak to Ed and Ollie, they had Ronnie Wood – that Ronnie Wood, The Rolling Stones’ Ronnie Wood – launching his very first public exhibition, with a slew of paparazzi perched by the entrance.

This kind of free-and-easy creative exchange couldn’t exist without an incredibly well-drilled support system, led by Ollie in the kitchen and Ed in the main space. Chefs are selected from “the type of restaurants we would eat at,” says Ollie, and then, after agreeing on their slot, Ollie and the Carousel team work on developing the guest chef’s menu. “We send them sheets of what our suppliers sell, offer alternatives for some of the ingredients they might normally use and talk through what the price should be – we can’t be giving away 18 courses for £50!” 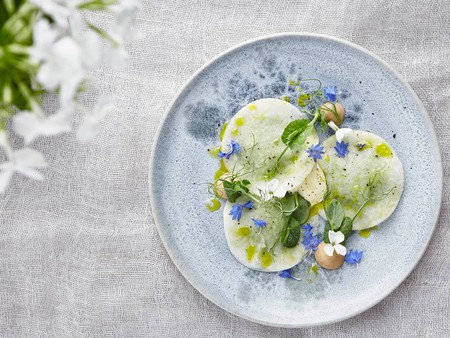 Dishes at Carousel dinners are more often than not once-in-a-lifetime meals, never to be repeated again | Courtesy of Carousel

All of the main details get settled around a month before the guest chef’s stint – a process that usually entails Ollie taking phone calls on his way home at night, speaking to chefs in New Zealand who have yet to start their lunch service. When the menu is settled, the guest chef is allocated someone from the Carousel kitchen who sorts out the finer details ahead of their arrival. Very often, the guest chef will land practically at the moment the previous chef leaves: “It feels like a student exchange program sometimes,” says Ed. “You’re saying goodbye to one chef before they fly back across the world, and the next thing you know, another chef is waiting with their suitcase, ready to take over!”

It’s during this phase when the dynamism of the Carousel team kicks in. Waiting staff are taught about the chef’s style and cuisine, and the bar staff begin to formulate which wines and cocktails would match with the dinner. Meanwhile, the kitchen brigade gets to work chopping, handling, preparing and plating all components of the chef’s dishes. “We have the system so it’s just a new chef every week, rather than a whole new restaurant,” says Ed. “We fit them into our structure while making sure that their menu is as close (as possible) to what it would be back home.” 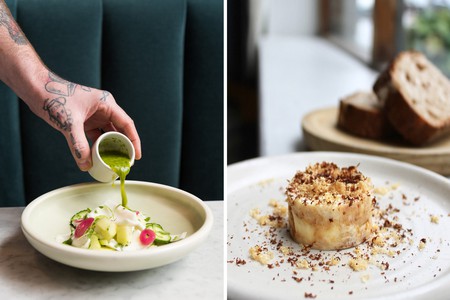 In the process, staff get a unique opportunity to learn about cuisines, methods and philosophies to which they would otherwise never be exposed. “We had one chef come from Japan who tried our team’s tempura, and they said it was the best they’d ever had,” says Ollie. Another Japanese chef, Toshio Tanahashi, arrived at Carousel to cook shojin ryori dishes – vegan Buddhist temple cooking. Tanahashi, a monk, would speak to his vegetables before preparing them, and prevented the restaurant’s chefs from refrigerating them, believing that this would stress the vegetables out. He has had two spells at Carousel – both of which were among the restaurant’s most popular residencies – and is returning in 2020 when the trained kitchen team will no doubt have advanced notice on where to store their vegetables.

As Carousel comes into its sixth year, 150 chefs later, its moving feast shows no signs of slowing down. One of its most vaunted guest chefs, Santiago Lastra, is opening up his debut restaurant, Kol, in March 2020, a stone’s throw away from Carousel in Marylebone. “We’re sure some of our audience will be his audience from the start, which is really cool,” says Ed. Aside from the returning Tanahashi, the venue has stints lined up for chefs from Mumbai to Seoul, Vancouver to Tel Aviv, and everywhere in between. Carousel is unique, diverse, international and committed to creativity and difference – and could only have come about in a city like London. 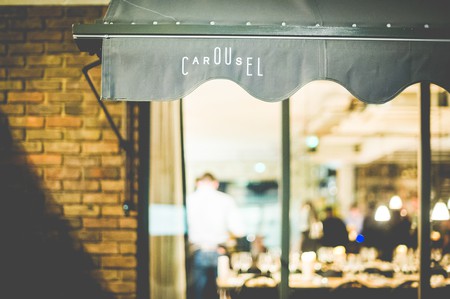