The Best Hotels Near Westminster, London 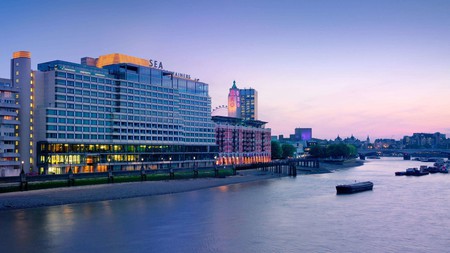 Branch out beyond Whitehall and the Houses of Parliament in central London, and stay in the best hotels near Westminster.

The City of Westminster is the heart of London – but it’s perfectly possible to experience all it has to offer without confining yourself to Whitehall. Take the townhouse hotels of neighbouring Belgravia, which has a thoroughfare running straight to fashionable Knightsbridge. Modernists should consider hopping over the Thames to the South Bank, home to several masterpieces of 1960s architecture. Then there’s Soho, London’s entertainer, where salon-esque cafés, seminal French restaurants and louche bars stand shoulder to shoulder. 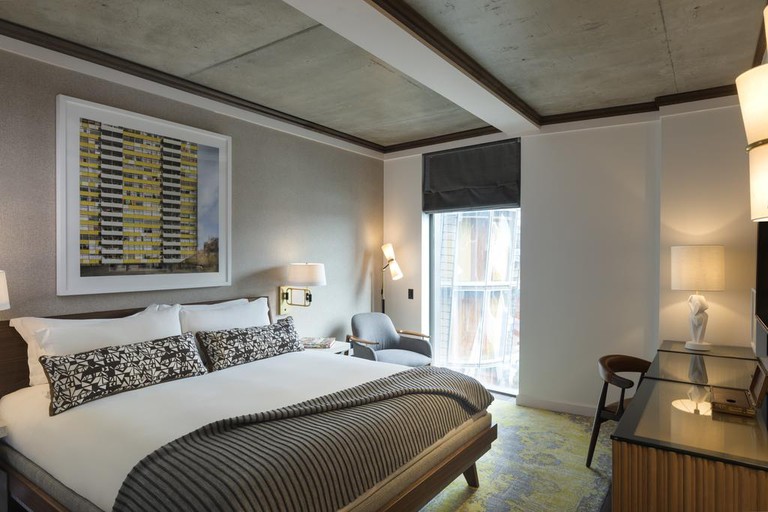 Courtesy of Bankside Hotel / Booking.com
View Rooms
Bankside Hotel looks like a tribute to the creativity that swept London’s South Bank in the 1960s. Mid-century design is the lifeblood of this hotel; every room is dressed with shapely furniture and modern art. On the ground floor, there’s a studio space where various makers-in-residence lead workshops in painting, printmaking and sculpture. Once you’ve coaxed yourself away from the inch-perfect interiors, you’ll discover that Shakespeare’s Globe, the National Theatre and Tate Modern are on the doorstep.
More info 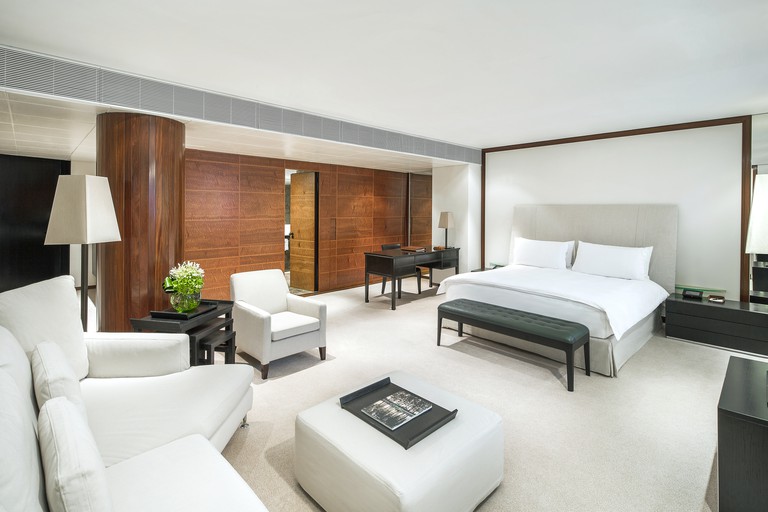 Courtesy of COMO the Halkin, London / Expedia
View Rooms
The Halkin rests its well-groomed head in Belgravia, an affluent pocket of central London known for its cream townhouses and upper-class residents. Pont Street, which runs towards Knightsbridge, gets a nod in Evelyn Waugh’s Brideshead Revisited. The Georgian exterior is unmistakably British, but the interiors are intercontinental, leaning towards zen-inspired minimalism.
More info 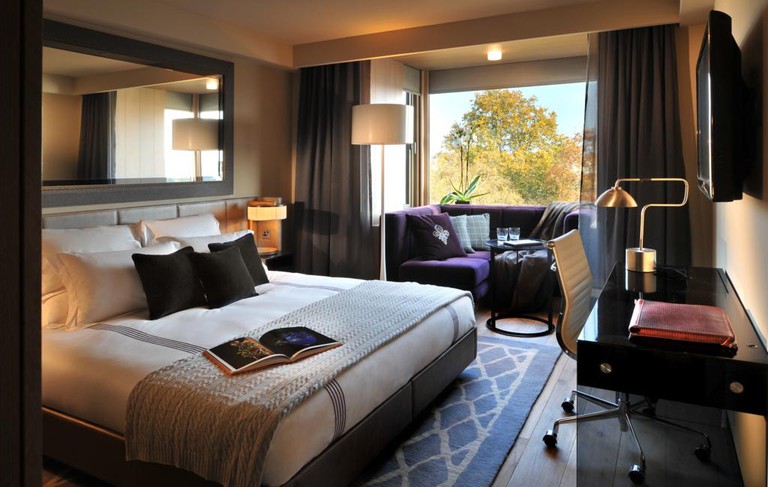 Courtesy of the Hari / Hotels.com
View Rooms
Another resident of Belgravia, the Hari could be mistaken for one of the more modern townhouses in the surrounding streets. Every room features bespoke wooden furniture, bathrooms of Arabescato marble and finishing touches in leather and velvet. Chelsea, Kensington and Knightsbridge are all close by, placing you at the heart of London’s most fashionable enclaves. Oh, and if you find you were a little liberal with last night’s gin cocktails, Hyde Park is hard to beat for a head-clearing stroll.
More info 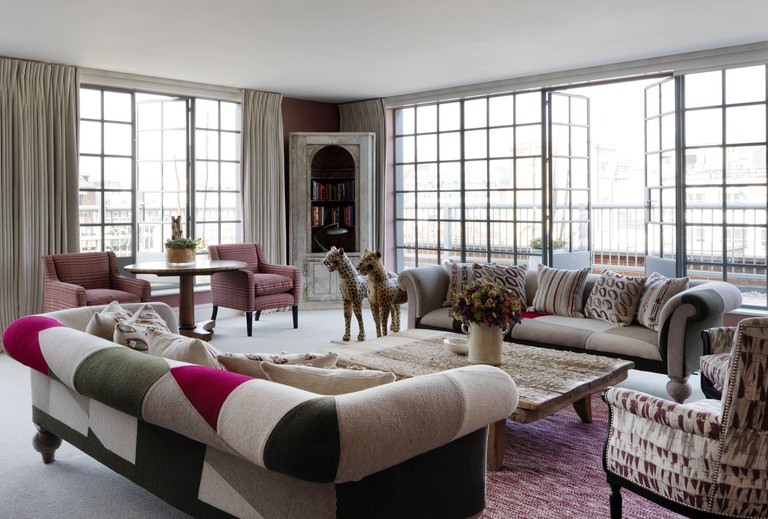 Courtesy of the Soho Hotel / Expedia
View Rooms
Sandwiched between Dean and Wardour Streets, the Soho Hotel is in the heart of London’s entertainment district, surrounded by iconic theatres, clubs and cafés. Part of the perennially popular Firmdale group, it sports striking interiors by award-winning designer Kit Kemp, who takes British tastes and gives them a spin through the colour wheel. Every room has floor-to-ceiling warehouse windows, too – a far cry from Soho’s dingy haunts of yesteryear.
More info 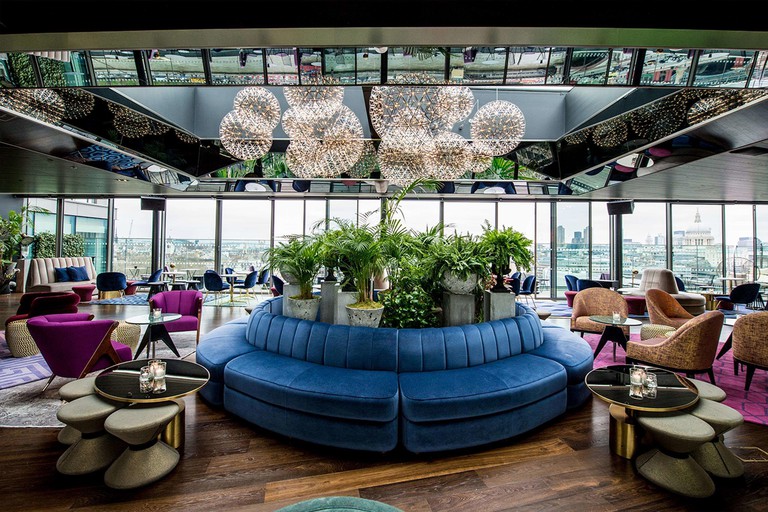 Courtesy of Sea Containers / Expedia
View Rooms
Sea Containers occupies a prime spot on the South Bank, ensuring front-row views of the River Thames. The entire project was designed by Tom Dixon, who has spliced his sleek aesthetic with the look of 1920s ocean liners. The result is an ode to the golden age of transatlantic travel, retold in Art Deco curves and maritime details. Some of Dixon’s most famous work is on show at the Victoria & Albert Museum; alternatively, seek out the 20th-century stunners at Tate Britain.
More info 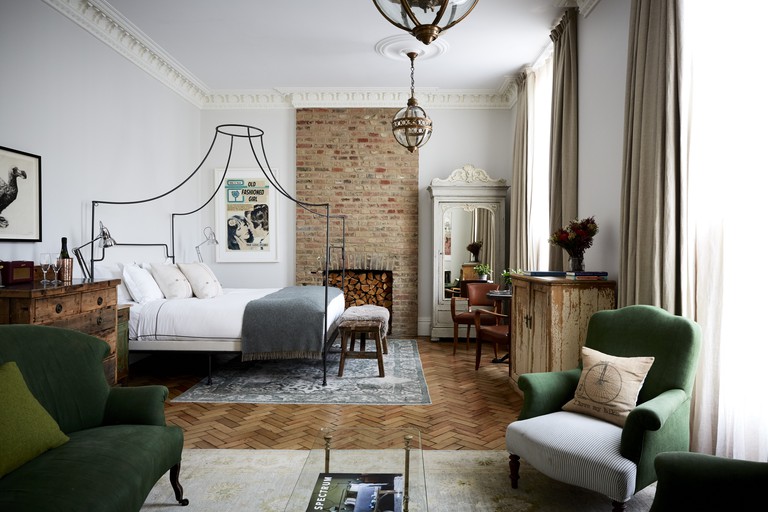 Courtesy of Artist Residence London / Expedia
View Rooms
The Artist Residence London is in pretty Pimlico, home to hundreds of Grade-II listed buildings. The hotel’s owners took an avant-garde approach to interior design, letting local artists treat its rooms as a blank canvas. The result is a mish-mash of styles that give the interiors an upbeat yet down-to-earth character. When Pimlico was first built as an extension of Westminster, space-seeking aristocrats were quick to snap up its Regency townhouses, the best of which overlook leafy garden squares.
More info 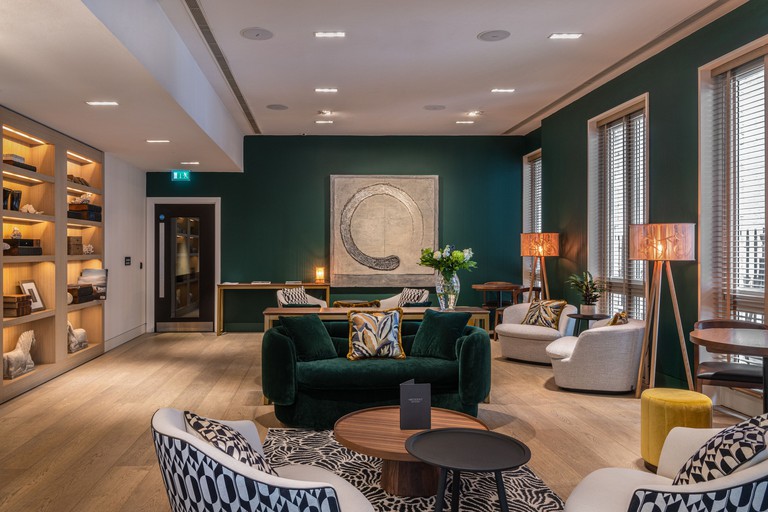 Courtesy of the Resident Soho / Expedia
View Rooms
Fans of clean-lined contemporaneity will feel right at home at the Resident Soho, which makes an excellent base for exploring the area’s many diversions. Some of the world’s longest running shows can be seen at its many theatres, and the streets around the hotel are thick with Francophile restaurants, Fifties cafés and New York-esque jazz bars.
More info 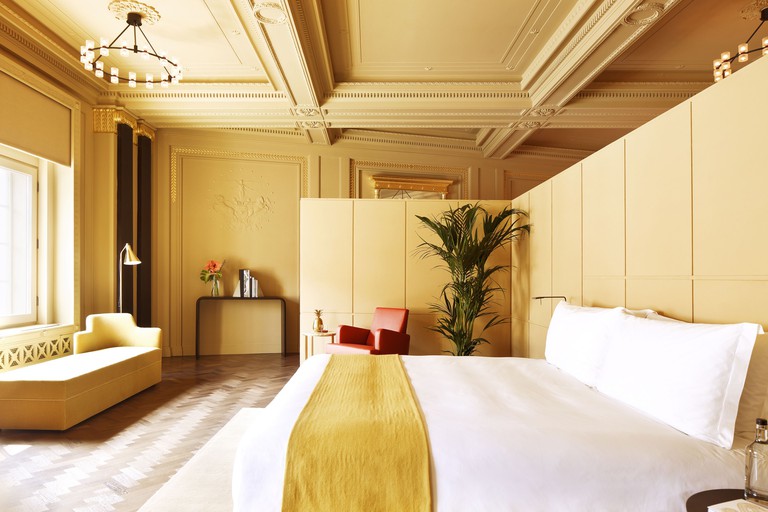 Courtesy of Hotel Cafe Royal / Expedia
View Rooms
In 1863, a debt-laden wine merchant and his wife arrived in London after fleeing creditors in Paris. So begins the story of the Hotel Café Royal, a tale of meteoric rise if ever there was one. By the time the 20th century arrived, this Piccadilly icon had become one of London’s premier salons. It isn’t much of an exaggeration to say that everyone who’s anyone has been a patron at some point, from Virginia Woolf to Muhammad Ali. There’s enough gold leaf, marble and leather to furnish a small palace – the perfect accompaniment to the theatricality of Soho.
More info