The Best Hotels Near London for Weekend Escapes 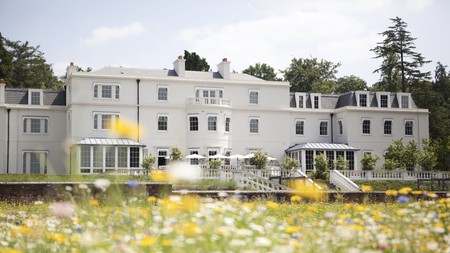 Country-house hotels in the Home Counties, such as Coworth Park, are the perfect weekend escape | Courtesy of Coworth Park / Expedia

Ready to make a break for it? These country-house hotels in the Home Counties deliver a much-needed dose of fresh air, bucolic scenery or, in some cases, stirring sea breezes. We’ve gathered our favourites – from cosy rooms above pubs to unimaginably grand manors, all within an easy drive (or train hop) from London. The countryside is calling.

Spa Hotel
View Rooms
This historic Surrey estate is the kind of place where you really wish the walls could talk – the visitor’s book reads like a who’s who of the 20th century – Elizabeth Taylor, Rudyard Kipling, Ian Fleming and Winston Churchill all stayed here. And though there’s an aura of grandeur about its turrets and terraces, that doesn’t seem to stop modern-day guests from having an outrageous amount of fun. The grounds house rambling woodlands, a brightly coloured spa and a Gatsby-esque drinking den called Sir Frank’s.
More info 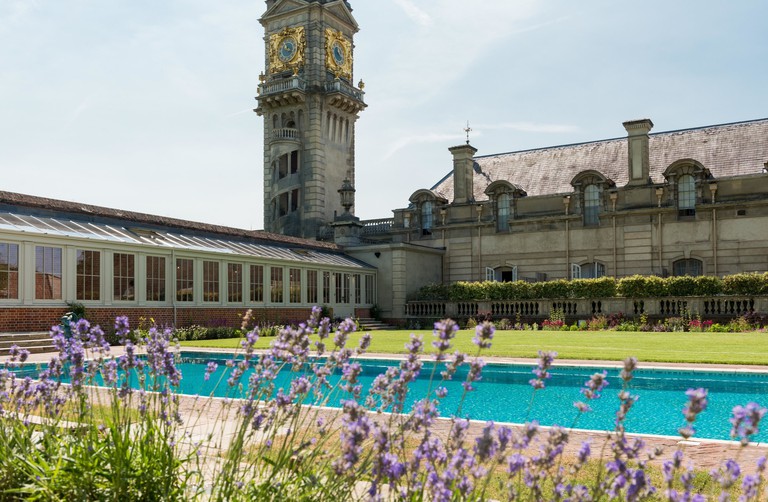 Courtesy of Cliveden / Expedia
View Rooms
Possibly one of England’s most well-known hotels – and certainly its most notorious – you could write whole books about Cliveden’s colourful history. Only 45 minutes by car from London, or 20 if you come straight from Heathrow, it’s a sumptuous, Italianate affair of regal rooms with marble-clad ensuites, a scene-stealing spa and that outdoor pool where Ms Keeler emerged to spark the Profumo affair. And when your attention isn’t diverted elsewhere, there are acres of parkland to explore.
More info 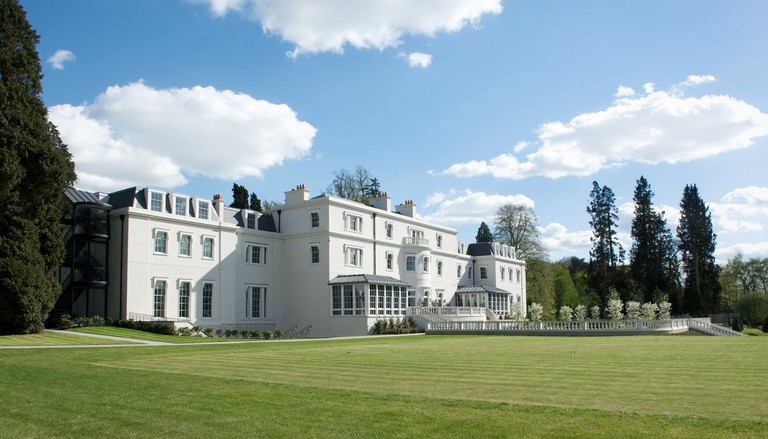 Courtesy of Coworth Park / Expedia
View Rooms
Giddy up! This equestrian estate near Ascot may be under an hour from central London but feels perfectly pastoral. If riding isn’t your thing, there’s plenty to do on your own two legs, too: spend mornings taking long, languid walks around the sculpture-dotted grounds, serene afternoons in the spa and evenings in the resplendent, Michelin-starred restaurant.
More info 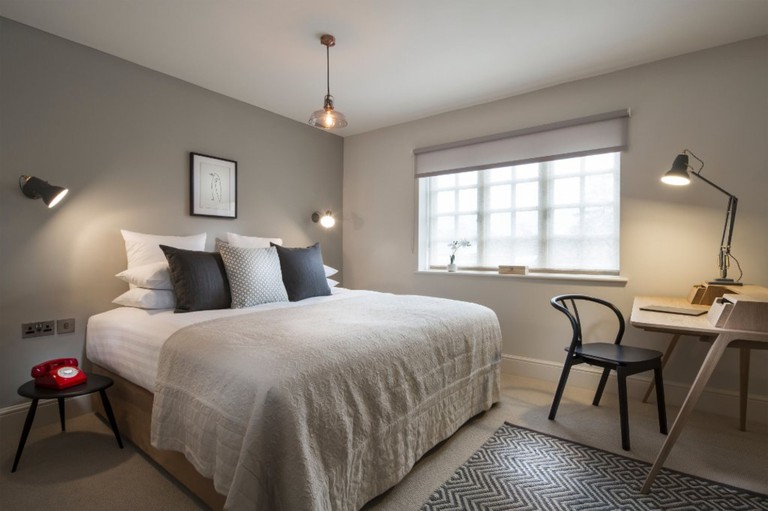 Courtesy of The Crown / Expedia
View Rooms
This Tube-accessible Tudor tavern plays a starring role in movie history – four-postered Room 101 is where Hugh Grant and Andie Macdowell skulked in Four Weddings and a Funeral (1994). Since then, the cosy coaching inn has had a contemporary makeover from design doyenne Ilse Crawford, and the revamped interior’s on-trend Scandi tones and sheepskin rugs pair surprisingly well with the building’s 500-year-old beams and bones.
More info 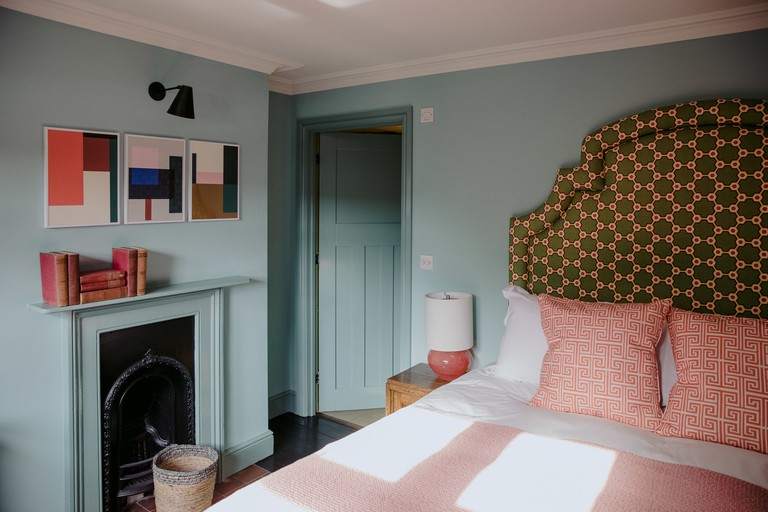 Courtesy of The Rose / Expedia
Book Now
In the tiny town of Deal on the east Kent coast, the Rose is a welcoming harbour that draws London’s cool crowd for weekends by the sea. The food is fabulous – the short menu showcases the best of the county’s seafood and farm-grown bounty – and the eight characterful bedrooms are all individually designed, with a mix of mid-century furniture, riotous colour and where-can-I-find-that vintage touches. 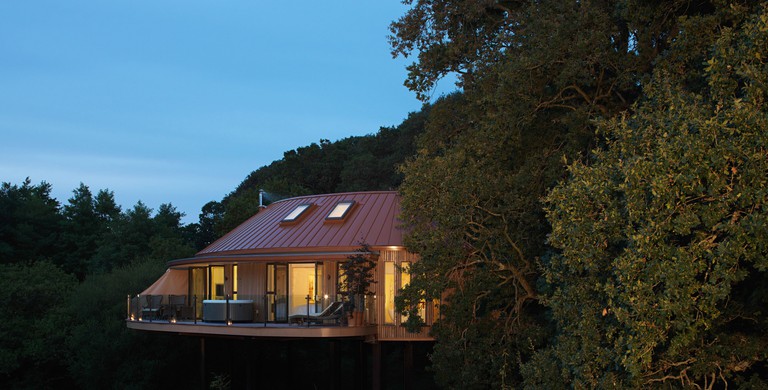 Courtesy of Chewton Glen / Expedia
View Rooms
This ivy-clad, New Forest hotel is fantastic for families – little adventurers will love spending the night in the treehouse suites with outdoor decks, set far enough from the main house that noise control is not an issue. Adults will appreciate the amount of activities available to keep everyone occupied: an impressive kids’ club, tennis courts, swimming pools (yep, plural), golf course and gourmet burgers in the relaxed Kitchen restaurant.
More info 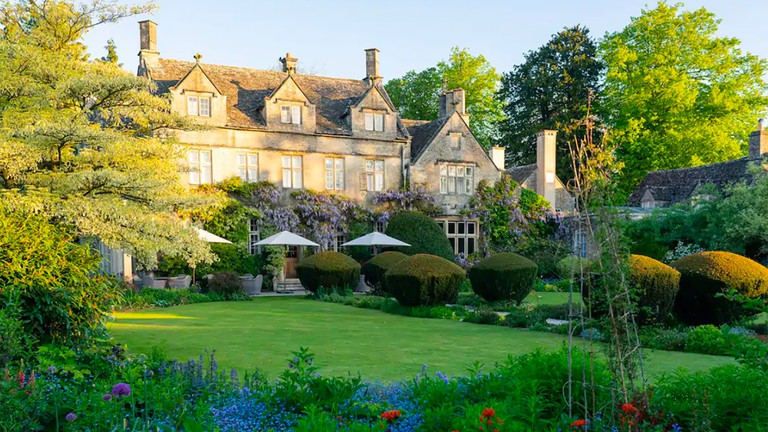 Courtesy of Barnsley House / Expedia
View Rooms
In a chocolate-box Cotswold village, the heavenly, honey-hued Barnsley House is most notable for its idyllic gardens. It was formerly the home of famous garden designer Rosemary Verey and her abundant borders, Laburnum Walk and bountiful kitchen garden remain preserved today. Indeed, a stroll around them feels like you might have stepped into Laurie Lee’s childhood. There’s also a spa with an outdoor pool, a farm-to-table restaurant and bikes to borrow.
More info 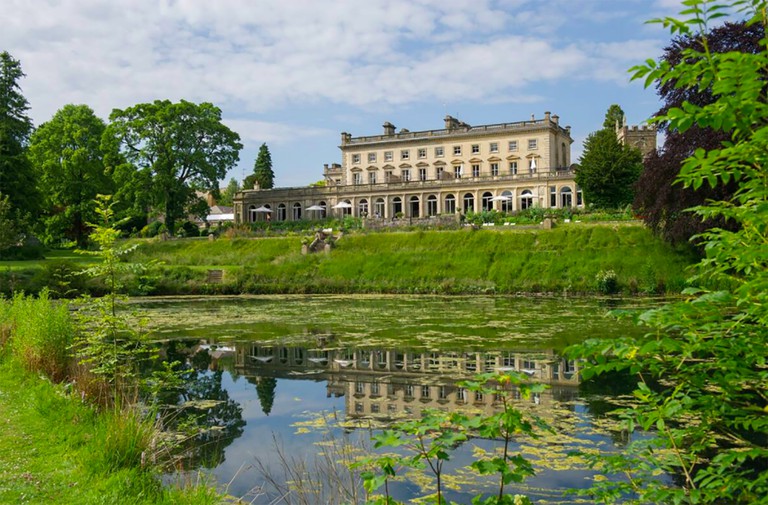 Courtesy of Cowley Manor / Expedia
View Rooms
Ignore the grand facade and landscaped grounds – inside, Cowley Manor has a modern heart. It’s all about innovation and informality here, so there’s no need to stand on ceremony, keep your voices to a whisper or wear a tiara to afternoon tea – unless of course, you want to. The crowning glories are the C-Side Spa, which has two heated pools large enough for serious swimmers, and the sprawling en suite bathrooms, with more square footage than most London flats.
More info 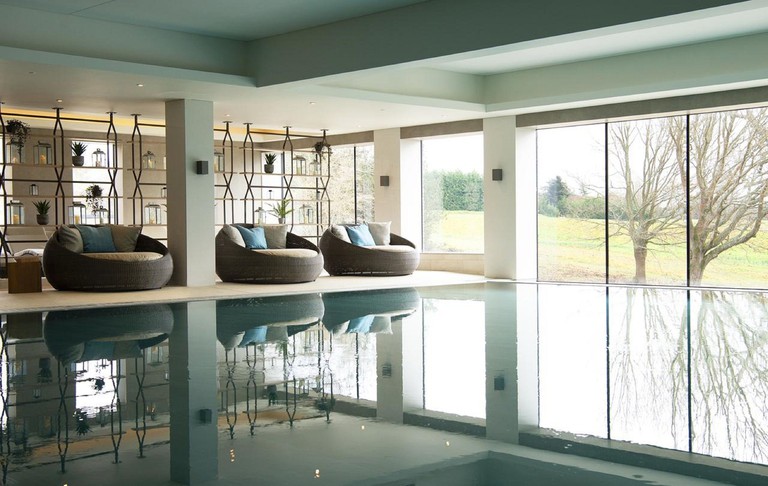 Courtesy of South Lodge / Expedia
View Rooms
Set in the rolling hills of the South Downs and just a two-hour drive from London, you can sleep easy at South Lodge knowing that your stay helps protect the planet. There’s no single-use plastic on the grounds, an ambitious no-waste restaurant and even a heated natural swimming pond. But a stay here is not about self-deprivation, either. Pampering is firmly on the menu at the award-winning spa and there’s a creative cocktail programme in the wood-panelled Billiard Bar.
More info 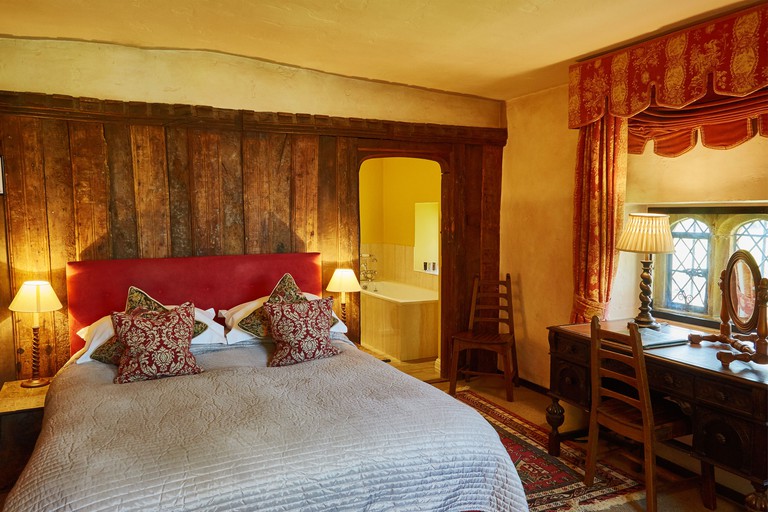 Courtesy of Bailiffscourt / Expedia
View Rooms
Expect romance of the four-poster-bed, roll-top-bath variety at this antiques-stuffed seaside hotel in Sussex. Though it was built in the 1920s, the architect installed fireplaces, beams and stonework salvaged from crumbling castles, so there’s medieval magic everywhere. Walk a short way through the grounds to find pebbly Climping Beach or stay put for a treatment in the spa, a dip in the outdoor pool, or a glass of local English sparkling wine in front of the fire.
More info 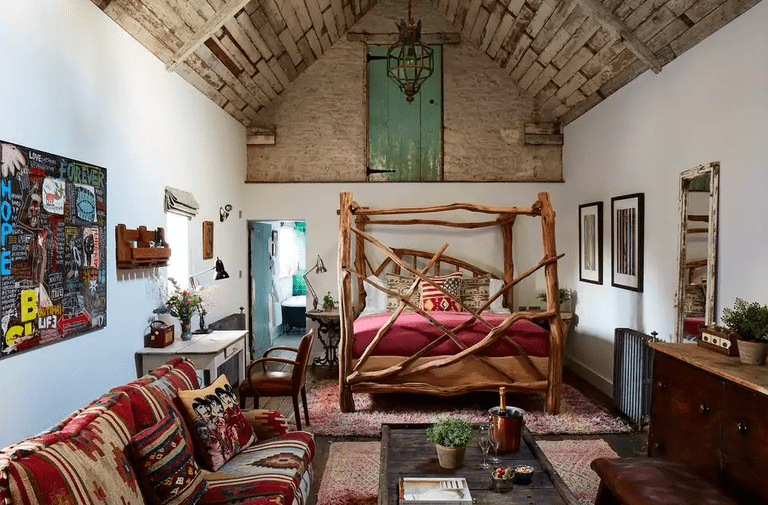 Courtesy of Artist Residence Oxfordshire / Hotels.com
View Rooms
Every corner of this bohemian Oxfordshire escape is bursting with charm. We can guarantee you’ll spend an unfeasible amount of time just hanging out at the Clubhouse, the welcoming fire-warmed country pub, delighting in proper pints and hearty dishes that shine a light on local farms. When you need to walk it off, pull on your wellies and set off for a ramble – or borrow bikes for a countryside caper.
More info

Looking for more hotels just on the cusp of the capital city? Book one of the best hotels surrounding London’s Heathrow airport now through Culture Trip and enjoy all the benefits staying in the city’s scenic surrounding villages.