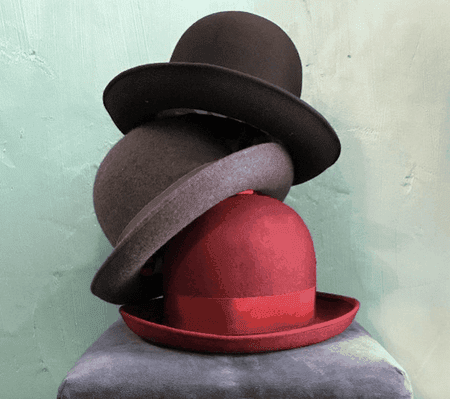 Much like any capital city, London is steeped in history, from economy to architecture, anarchy to technology, but it’s fashion that we focus on here and the impression that a select few stores have made on the industry, shaping it into what it is today. From globally-acknowledged establishments to lesser known boutiques, here are the historic London fashion boutiques worth reading about.

When John Perse launched Granny Takes A Trip in 1969 on the then-understated King’s Road in Chelsea, it didn’t take long for it to become the name on every style-conscious Londoner’s lips. Everyone knew about the quirky little store and for good reason. Perse sourced one-of-a-kind vintage and antique clothing pieces which he altered in a way that brought them into the present. The store garnered itself a cult following and it soon became famed for welcoming some of the era’s most iconic rock’n’roll legends including Mick Jagger and Pink Floyd. Still celebrated today, it was part of the Royal Albert Hall’s Summer of Love: Revisited exhibit this year which showcased never-before-seen pieces and footage from inside the store.

Building, Shop, Store
Facebook
Email
Twitter
Pinterest
Copy link
Share
Map View
The first London shopping destination to launch back in the 1800s, Selfridges on Oxford Street is arguably the most historic UK clothing store there is, even if it’s no longer one that you could class as a boutique. Initially founded to offer women a place to go whilst men were at work, it’s evolved into a completely new riff on the original concept and is now globally recognised as one of the world’s most premium fashion, homewares, electronic and food destinations. Whether you’re in the mood to shop or not, there’s plenty to see and do inside this historic building, which boasts a rooftop restaurant, champagne and oyster bars and an entire floor dedicated to Christmas from October every year.
Open In Google Maps
400 Oxford Street, Marylebone, London, England, W1A 1AB, United Kingdom
+442071606222
Visit Website
Give us feedback

I Was Lord Kitchener’s Valet

Initially launched as a stand-alone boutique on Portobello Road in the mid 60s, I Was Lord Kitchener’s Valet became an instant success and a favourite among the remaining mod rockers of the time. Stocking re-imagined vintage military uniforms and Pop Art-inspired union jack clothing, it was here that Jimi Hendrix famously bought his iconic braided military coat. The boutique’s success and the following that it accumulated meant that a further two stores were opened across the city with Soho’s Wardour Street branch positioned a stone’s throw from then-famous rock club, Marquee, and designed with blacked out windows to spike intrigue.

Shop, Store
Facebook
Email
Twitter
Pinterest
Copy link
Share
Map View
Designer’s don’t come much more British than Vivienne Westwood, the queen of eclecticism, the master of boundary pushing and the creator of the 1970s punk fashion movement. This is perhaps why her first boutique, World’s End, is still in business today. When it opened in 1970, it was called Let It Rock and it stocked clothing specifically for the Teddy Boys of the time, evolving with the trends to create ‘clothes for heroes’. Today, you’ll find a carefully curated archive of pieces behind its doors spanning each decade. As much a lesson in history as a shopping experience, it attracts both Westwood fans and tourists alike.
Open In Google Maps
430 King's Road, Chelsea, London, England, SW10 0LJ, United Kingdom
+442073526551
Visit Website
Give us feedback

It’s Michael Fish that the menswear fashion landscape initially had to thank for bringing a little controversy to classic suiting and for contributing to the 1960s ‘Peacock Revolution’. His label, Mr. Fish, which launched in the 1960s, was the first to introduce the idea of statement suiting and his designs displayed vivid colour palettes, bold prints and statement adornments that introduced a new and eccentric way of dressing. Not just a tailoring specialist, Fish also introduced the idea of dresses for men, fluid kaftans and separates influenced by ethnic dress. Reference to the aesthetic can be found in modern day collections, namely Gucci and JW Anderson – the ultimate testament to the credibility of his designs.

If vintage menswear is your thing then it’s Seven Dials in central London that you want to head for in search of the city’s most inspirational finds. This is where you’ll come across The Vintage Showroom – a store that may have only been open for the past 10 years (a relatively short time in comparison to the rest of our list) but that prides itself in being one of the city’s leading resources for such collectables. Its stock covers early mid-20th century items and genres include military and sports clothing, country wear, and international designs. 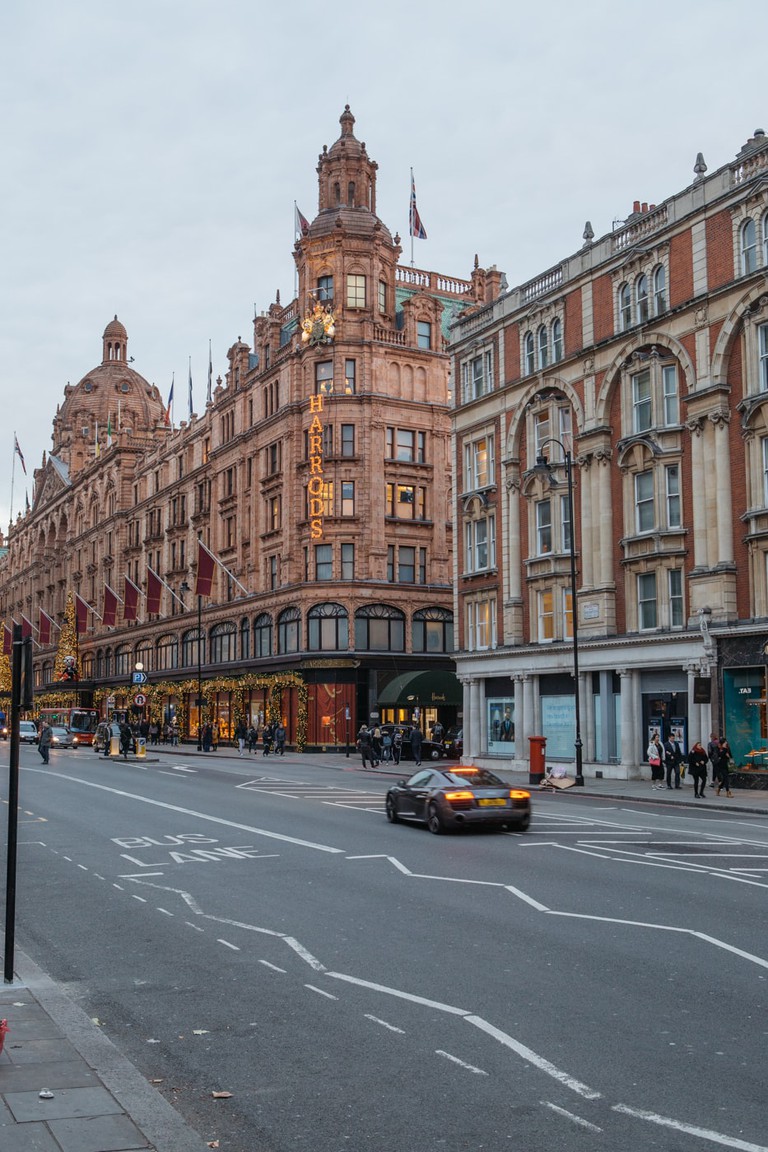 © Chiara Dalla Rosa / Culture Trip
Spanning over a million square feet, 7 floors and more departments than you can imagine, Harrods in Knightsbridge is one of London’s most iconic sights as well as a shopping destination. It’s also steeped in history, having launched in 1849 as a tea and grocery store and developing into what it is today. It housed the first ever escalator, or ‘moving staircase’ as it was then called and had to be re-built in 1883 after a fire destroyed the original space. The owners, however, used this to their advantage and created the emporium that remains so prominent on the west London landscape today.
Want more? Read our list of the best menswear boutiques in central London.