Hiraeth | The Play Exploring The Homesickness of a Generation

For young people from small communities, big cities can be full of excitement, opportunity and adventure. But what is left behind for the glamour of the city, and what happens when that glamour wears off? The Buddug James Jones Collective’s latest show Hiraeth explores the truth of rural depopulation in Wales and the irresistible call of home. 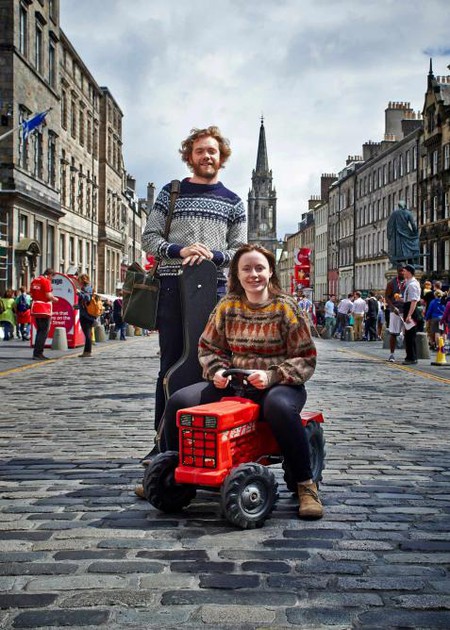 There’s no doubt about it – rural communities are quickly shrinking. Young people are leaving their hometowns in droves to seek employment, education and the kind of opportunities that were denied to their parents a generation before. This phenomenon of rural depopulation has been seen across the world and history, from the Industrial Revolution in 18th century Britain to the Great Migration in the United States and the mass urbanisation currently occurring in China. Throughout time, people have always gone looking for better.

The recent wave of rural depopulation in the UK has been much studied and discussed over the past decade. Factors such as fewer job opportunities, declining industries and higher unemployment rates drive many young people to leave the place where they grew up, and where many generations of their families have lived before them, to move to the cities.

Hiraeth is a show about a young woman from rural Wales who decides to do just that. Buddug James Jones is the daughter of farmers, themselves the children of farmers. Buddug can trace her family’s lineage back through five generations on both sides, sharing stories of the lives of her great-grandparents and illustrating the importance of community in a small town like her ancestral home, Newcastle Emlyn. For Buddug, as for many other young people, the decision to up sticks and leave the family farm is not an easy one to make. For someone from a close-knit community where everyone knows your name, the anonymity of cities can be as lonely as it is liberating. 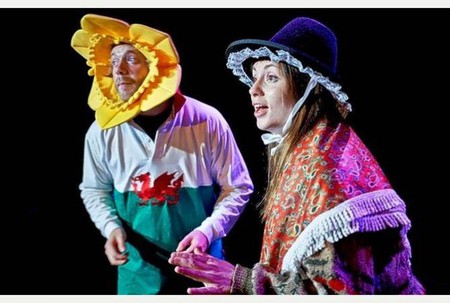 Hiraeth and The Buddug James Jones Collective is striking chords across the UK. The show was awarded the Wales Theatre Awards Best Production in the English Language, and the Ideastap Underbelly Award 2014, as well as four- and five-star reviews from major national publications including The Evening Standard, The Telegraph, The Times and The Scotsman. Their run at The Underbelly at last year’s Edinburgh Fringe sold out, and they completed a successful run at the Soho Theatre before embarking on a national tour.

The show is charming and emotive, with the audience laughing and crying alongside Buddug and her co-star Max Mackintosh throughout the whirlwind hour. James Jones plays herself, while Mackintosh brings to life with impressive energy every other character Buddug encounters on her journey from Welsh countryside to London’s urban jungle. There are woolly jumpers, toy tractors and Welsh cakes, as well as a few other surprises. The show is accompanied by Mackintosh on guitar and his mate David Grubb on the fiddle, and the trio fill the stage with their energy and enthusiasm.

Hiraeth is a Welsh word that means an intense longing and nostalgia; a homesickness that cuts to the bone. To head off in search of new opportunities is not necessarily to reject where you come from, and when the culture shock of a big city gets to be too much, home can feel like a world away. This is a story about that homesickness and a piece of theatre that will revive it: a funny, touching show that evokes excitement for the unknown and nostalgia for homes left behind. It will resonate with anyone who has left in search of something better, and anyone who has ever missed the green green grass of home.