The maverick maestro of ready meals is back with his latest creation for Waitrose, and it’s his most weird yet…

It’s been a tricky year for Britain, and the world of food is no exception. Potential Marmite shortages, price rises and Toblerone cuts are just the most recent examples of national angst. So news that Heston Blumenthal, who, let’s face it, has got a bit of previous when it comes to doing the unthinkable, has put bacon in a trifle has got the nation thinking, ‘whatever next?’.

Heston’s drawn inspiration from the memory of having a bacon and banana sandwich while at school. “I loved how you wouldn’t normally think of putting those two flavours together but they just worked so well,” he said. “I can’t wait to hear about people’s reactions when they see and taste this fantastic dessert at their Christmas dinner table – it’ll definitely be a talking point.” 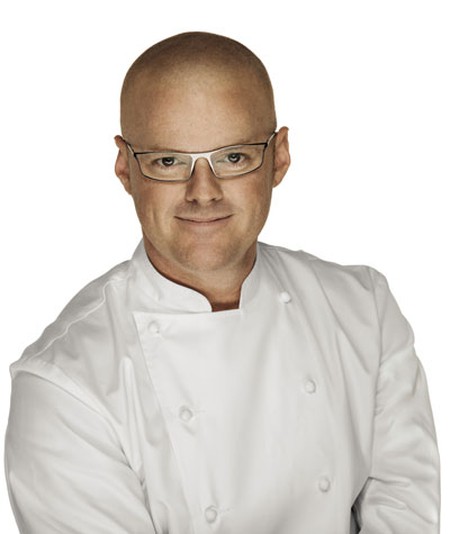 Yes, yes it will be. But actually, this could this be a moment of total genius. Let’s look at the facts: Trifle is a ‘good times’ pud that can take all manner of additions and embellishments. Only in a trifle can you find custard, booze, hundreds and thousands, sponge, jelly, fruit, more booze, angelica and cream. When Helen Saberi wrote her book, Trifle, she found dozens of recipes from all over the world. Even the word itself means ‘talk or act frivolously’ – it’s a boozy, show off, look-at-me dessert and it knows it.

So, fruity banana, sweet caramel, and salty bacon – why not? After all, 10 years ago salted caramel was ‘out there’, now it’s in everything from tea to bath foam. And if we look back to one of the earliest recipes for trifle from the Eighteenth Century, we see Hannah Glasse using bones of calves feet to supply gelatin to set the jelly. What goes round, comes around, and Heston’s not one of Britain’s best chefs for nothing, even if he’s a little ‘unusual’ in his methods. Maybe 2017 is the time for meaty puddings to go mainstream, or perhaps it’s just final proof that bacon really does go with everything.