Opened in 2017, Hackney Walk is a luxury designer outlet in East London offering up to 70% off luxury designer brands. The project has rekindled Hackney’s relationship with the fashion industry while offering shoppers an alternative to Oxford Street. 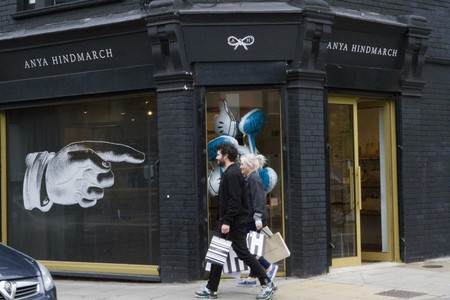 Hackney has a strong fashion heritage. At the beginning of the 20th century, 15,000 people were employed producing clothes and footwear in Hackney’s factories. Burberry’s old factory can be found right by Hackney Walk, and although it no longer produces apparel for the fashion brand, it’s still operated by the company as a factory outlet store. Jack Basrawy, founder and executive chairman of Hackney Walk, explains that the area was still at the heart of the garment production industry in London during the 1950s. He sees the new luxury designer outlet as a 21st-century incarnation of Hackney’s continued association with fashion. 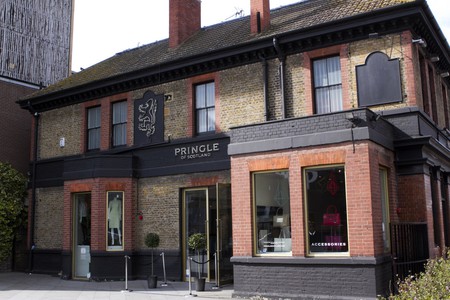 A key element of the project’s local provisions is the Stitch Academy. As well as holding events and workshops featuring famous fashion figures, it seeks to promote East London as a European fashion hub. One way it will be doing this is by offering one up-and-coming East London designer free commercial space to showcase their work for a year as the ‘Designer in Residence’ in the Fashion Bunker.

The Hackney Shop, a retail unit dedicated to offering rental space to designers on a week-by-week basis, will continue to promote new talent, too. It provides a brilliant opportunity for small businesses to showcase their work without having to commit to full-time commercial rental agreements. Pop-ups at The Hackney Shop include a range of designers, exhibitions and collectives. 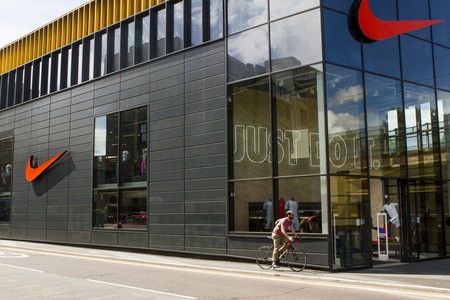 Hackney Council funded the project with the help of a £2 million grant provided by the Mayor of London from the Greater London Authority’s regeneration fund following the 2011 London riots. Approximately £1.5 million went towards funding Hackney Walk, while the rest of the money was used to revamp existing shop fronts in Hackney Central. The council’s Ways into Work initiative is responsible for overseeing the hiring process at Hackney Walk stores to ensure that the project directly benefits the community by offering local work to local people.

If the project is successful enough, Basrawy and Hackney Council are hoping to expand the development into a further nine nearby railway arches. Ideas for expansion also include a 450,000-square-foot block offering retail and office space. While Hackney Walk has been billed as London’s answer to Bicester Village, it’s not yet as big as the Oxfordshire outlet – but it will be if this expansion goes ahead.

Enjoy reading this? Check out how this Hackney warehouse became a beautiful home or have a look at our walking neighbourhood tour of Hackney.