Here's Why London is the Football Capital of the World 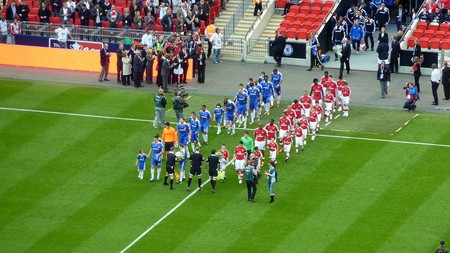 Football is a pretty big deal here in the UK. Up north, Liverpool, Everton, Manchester United and Manchester City all play within roughly 30 miles of each other. Down here in London, however, anyone would be forgiven for thinking it’s just one big footie fest, with no less than six Premier League clubs calling the capital home.

Europe boasts a ferocious number of football clubs, with cities like Milan and Madrid flying the flag for milti-club cities on the continent. Famously, Milan is home to both A.C. Milan and Inter Milan, who not only share a city, but also a stadium – officially the Stadio Giuseppe Meazza, though commonly known as the San Siro. Definitely scoring some points for environmental consciousness here.

Madrid, meanwhile, is home to two top-tier Spanish clubs: Real Madrid and Atlético Madrid. In the past few years, these two clubs have battled it out not once, but twice, in the most extraordinary of local derbies as they’ve clashed in their claims to the crown of European football.

Both the 2014 and 2016 UEFA Champions League finals saw these two Madrid clubs come face-to-face, with Real Madrid coming out on top on both occasions. Ironically, the second of these encounters took place in the Milan teams’ beloved San Siro stadium – no doubt the Milanese were jealous to be hosting two Madrid clubs in its own derby ground. 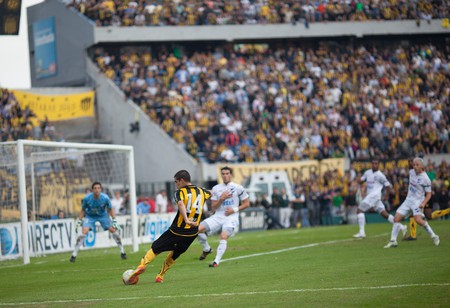 Brazil, however, is the big dog of the region. Not only is Porto Alegre in Southern Brazil home to two clubs – Gremio and Internacional – but both São Paulo and Rio de Janeiro flaunt four big clubs each, too. São Paulo is home to Corinthian, Santos, Sociedade Esportiva Palmeiras and the exceedingly originally named São Paulo. Rio de Janeiro boasts Botafogo, Flamengo, Fluminense and Vasco da Gama. With this concentration of clubs, it’s no wonder Brazil has got five FIFA World Cups to its name – and counting.

Despite Brazil’s valiant efforts, London makes the pride of South American football’s efforts look like child’s play. The Championship, England’s second-tier division, alone includes four London clubs – Fulham, Brentford, QPR and Millwall. But that’s nothing. Of the twenty teams currently in the Premier League, six clubs are London based – that’s a whopping 30 percent of the league.

In no particular order they are: Watford in North West London; West Ham (which is oddly enough in East London); Crystal Palace in South London; Chelsea in West London; and last, but certainly not least, Arsenal and Tottenham, who together provide the makings of the hotly contested North London derby. 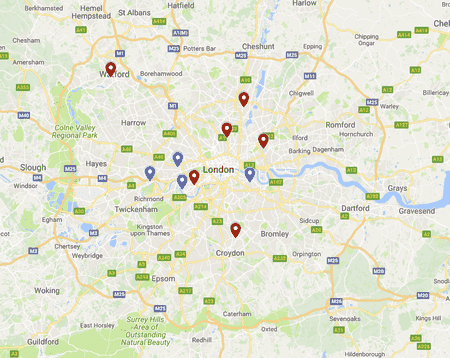 Tottenham Hotspur is based in Wembley Stadium for the 2017-18 season while White Hart Lane undergoes redevelopment.