The Booker Prize Foundation have announced a special one-off award to mark the 50th anniversary of the world’s leading prize for fiction. The winner of the “Golden” Man Booker Prize will be chosen from all 51 previous winners of the prize, and, in effect, be crowned the greatest work of fiction of the last half-century.

Since its inauguration in 1969, the Man Booker Prize for Fiction has cemented itself as the leading prize for English-language fiction. Previous winners include Iris Murdoch, Nobel-prize winner Kazuo Ishiguro, Hilary Mantel and in 2017, George Saunders for his work Lincoln in the Bardo.

After each judge has selected their winner from each decade, the ‘Golden Five’ shortlist will be revealed at this year’s Hay Festival in May. A public vote will then decide which one of the five should be crowned the winner, and declared the best work of fiction in the last 50 years at the Man Booker 50 Festival on July 8th 2018 at London’s Southbank Centre.

Baroness Helena Kennedy, Chair of the Booker Prize Foundation, commented: ‘The very best fiction endures and resonates with readers long after it is written. I’m fascinated to see what our panel of excellent judges – including writers and poets, broadcasters and editors – and the readers of today make of the winners of the past, as they revisit the rich Man Booker library.’ 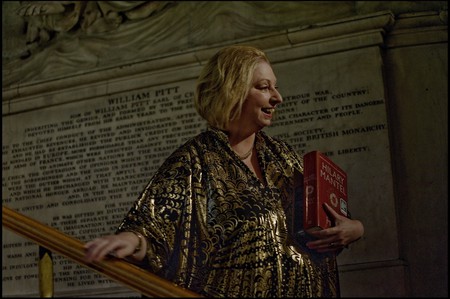 Meanwhile, the CEO of Man Group Luke Ellis has said: ‘We are delighted to be sponsoring the Man Booker Prize in its 50th year and celebrating outstanding fiction from the past half century, which remains as relevant and resonant as ever. The prize plays a meaningful role in recognising and supporting literary excellence that we are honoured to support.’

With Salman Rushdie emerging as the winner of both the Booker of Bookers Prize and the Best of the Booker award – to mark the prize’s 25th and 40th anniversaries respectively – his work Midnight’s Children will no doubt be in strong contention.

Speaking to The Guardian, judge Kamila Shamsie said: ‘It says something about the importance and reach of the Man Booker prize that I read all the winning novels from the 1990s within months of the prize announcements – even though I was at university in the US for most of that decade, with far too much reading assigned for classes to pick up very many books outside the curriculum.

‘I’m hugely looking forward to returning to the Booker winners to see how similar or different it might feel to encounter them again,’ Shamsie continued. ‘Whether it’ll be possible to work out if any changed responses have to do with how the world has altered or how I’ve altered is something that remains to be seen.’

Shamsie, who herself was longlisted for the prize for her work Home Fire, will select the winner from the 1989 to 1999, which include works by Graham Swift, Arundhati Roy and Ian McEwan. 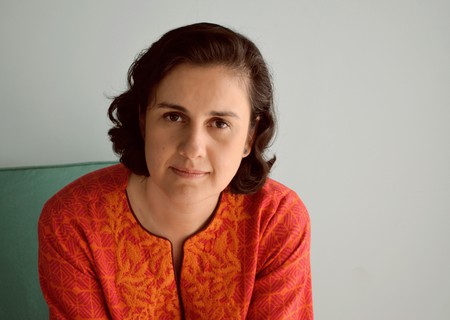 According to Ian Trewin, who was Literary Director of the Booker Prize Foundation from 2006 until his death in 2015, the aim of the prize has remained faithfulto increasing ‘the reading of quality fiction and to attract “the intelligent general audience”,’ something that has stayed consistent despite recent changes to the Man Booker’s laws. In 2014, a rule came into effect that allowed any writer writing in English and published in the UK to submit, which has led to an influx of American authors, including the two previous winners George Saunders and Paul Beatty.

In response to heavy criticism from publishers in the UK surrounding the recent domination of American authors, the foundation responded earlier this month with a statement, both refuting any bias towards to US and highlighting the multicultural richness of the submissions. In their statement, the foundation quoted Lola Young, chair of the 2017 Man Booker judging panel, who spoke at last year’s ceremony:

‘The writers whose work was submitted to us for this year’s Man Booker Prize, came from around the globe – for many of them, their cultural heritage as suggested by their biographies, is rich, varied and complex. They defy categorisation on the basis of nationality or ethnicity. Born in one village, town or city, at school in another, maybe attended university in another; they visit family somewhere else and have a job in yet another place. That’s the reality for vast numbers of people as they criss-cross the world, searching for ways to express, to discover, to pose, maybe even to answer the questions that perplex us all.’