An Interview with Hollie Belton: Founder of 'Books on the Underground'

Have you ever seen one of her books on the London underground? The lovely Hollie Belton has been leaving books for others to pick up every day on her way to work in an effort to make the commute that bit more bearable. We chat to her to find out more. 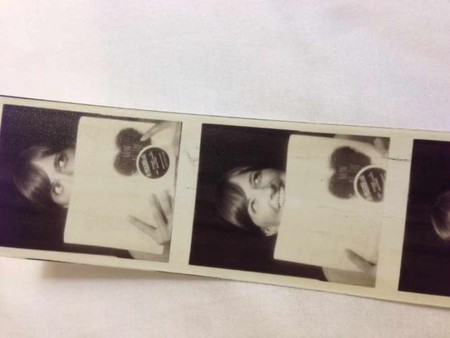 The founder of the project, Hollie | © HollieBelton

What is ‘Books on the Underground’ all about and how did it start?

I started commuting from Dalston to West London about four years ago and I decided to start reading again. I noticed that I would see the same people each day reading on the tube and I thought it would be cool if somebody picked up somebody else’s book and reviewed it, like an underground community for people who would read. I created a sticker and started putting books on that I had read, then went and bought them from charity shops, until a few publishers got in touch who now supply most of our books. The reviewing bit never took off, but I do hope that people put the books back once they have finished them, but obviously I can’t monitor it. It’s an organic project – people can email me for stickers for their own books to leave on the tube and a few people tweet me when they’ve found a book.

Is this a project to get people reading more, or to make the commute more fun?

Both. I think there is something nice in the fact that when you find a book it feels special to you and there are people who have got in touch that they haven’t read in ages and they’ve reignited their love of reading after picking up one of our books.

Do you think books beat reading a free newspaper or playing on your smartphone?

Yeah definitely. It’s more immersive, there’s something about a book which means you can get wrapped up in it. Lots of people look really stressed before or after work and reading can allow you to escape, if only for a bit. Unless, of course, the train is that packed that you can’t get your book out, which has happened to me a few times.

Do you still distribute second-hand books or is it all new books from publishers?

Mainly from publishers unless it’s a book I’ve read at home. I specifically target one book a day and leave a few copies of that for the day. Originally when I started it I wanted it to be my favourite books, but then I had to come around to the idea that there are millions of people in London, who don’t all share my tastes, so perhaps this way I can appeal to as many people as possible. The idea is to get people sharing and reading and actually making people feel happy, so I think I had to put aside what I would like to read.

If there was one book that you could make every commuter read, what book would that be?

I think one of the best books I’ve read wasn’t actually a fiction novel, but it was Paul Arden’s ‘It’s not how good you are, it’s how good you want to be’ which in fact isn’t a book I’ve read on the tube. It’s really inspiring and he’s an advertising man, which is a bit biased because I work in advertising, but it really helped me when I was looking for a job. And I think if that book were to be left for somebody who perhaps needs some guidance or confidence, it could really make a difference. 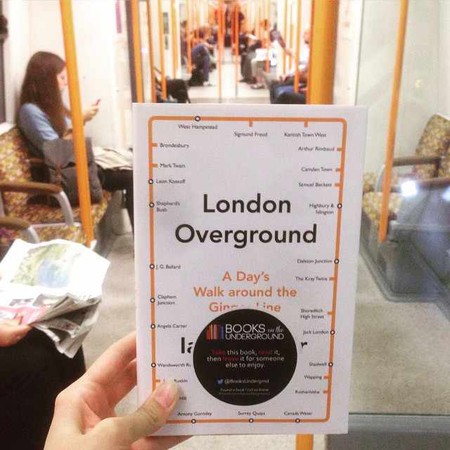 Colour-coding – One of Hollie’s Stickers | ©HollieBelton

You have created a way for people to access the arts for free when they might not have otherwise been able to, do we need to do more to keep them accessible?

Recently I saw on the Humans of London Facebook page a post about a homeless man who had picked up one of our books and he was saying how a book can take him all over the world without moving an inch. My gran has said this before actually as well: she’s never left England but she had felt as if she had travelled to so many places just through the books she had read. There are some examples in culture nowadays where exclusive cinema performances or music gigs are really expensive, but I hope there are projects like mine that help people in a really basic but necessary way. There is something about books that feels more accessible than anything else in the grand scheme of things.

I’m not allowed to like them, am I? I can’t exactly leave them on the tube. People have suggested I could leave vouchers with codes on them, but it’s not really the same, is it? I don’t know if paper books will survive, but I hope they do, without becoming more and more expensive of course.

Do you have anything in the pipeline for ‘Books on the Underground’?

I do, and I have had one particular plan for the last 18 months, but it’s a matter of trying to get people to buy into it. I want to write a book – more specifically I want Londoners to write a book, but that’s all I’ll say. I don’t want to give too much away. I’ve seen the Poetry on the Tube run by TFL and we would love to get endorsed by them, but nothing has come to fruition yet. It’s just me and a helper at the moment but I’m going to live in New York so I’m going to work on that one as well.

And finally, ‘Books on the Underground’ adds a personal touch to the tube, do you think Londoners will ever break that final taboo and start chatting to fellow commuters?

I don’t know, because books don’t really inspire people to talk so I don’t know how much I’m helping that! But I feel like people only talk on the tube when something strange happens, but saying that I have had way more conversations on the tube since I’ve started leaving books. People see me doing something which looks quite strange, and they ask me what I am doing. I have to admit I sometimes deliberately make it look really obvious so people know what is going on. People are naturally very suspicious and when I tell them I’m leaving free books on the Tube they ask, ‘What’s the catch’, but once their convinced they all think it’s a good idea. Some think I’m a weirdo, but I can’t complain because I spend my time running on and off trains dropping books – so they sort of have a point. 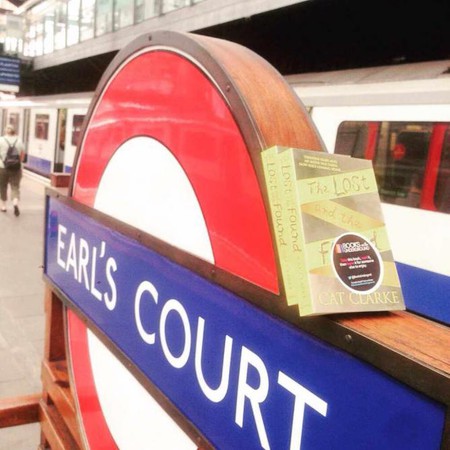