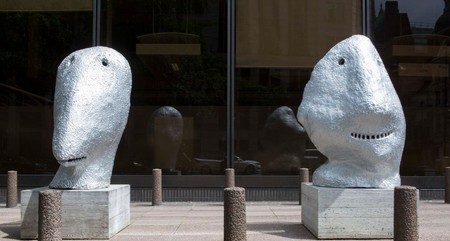 For the past five years, acclaimed open-air public art programme Sculpture in the City has been bringing a touch of art into London’s financial district, with mostly large-scale, cutting-edge sculptures popping up temporarily in unexpected places across the City, seeking to enhance the urban environment. Its sixth year is the largest to date, with work by 15 leading artists exhibited outside of the area’s architectural landmarks, including the Gherkin, The Cheesegrater, and the Lloyd’s building. Here are our tops picks from this year’s programme.

Pakistani sculptor Huma Bhabha is known for her grotesque interpretations of the human body, often dissected or dismembered in their forms. Made from clay, chicken wire, styrofoam and found objects (characteristic of Bhabha’s style) before being cast in bronze, The Orientalist is a strange mix of regality and farce. Its title, as well as the non-human form of the figure, points to the monstrous ideology of Orientalism, in which the West has historically miscast Middle Eastern people in a perpetual state of Otherness. 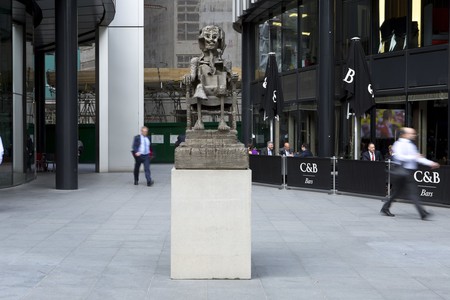 In 2010, British artist Mat Collishaw was commissioned by the Victoria and Albert Museum to produce a piece which embraced new media and represented the museum’s status as a beacon of culture around the world. Inspired by the zoetrope, a precursor to the modern cinema projector which created the illusion of movement using a sequence of pictures, Collishaw created a massive optical installation atop the museum, which lit up at dusk each evening to simulate a flurry of moths in a lantern. This smaller replica sat in the garden below, allows visitors an up-close view of his enchanting magic lantern during the day. 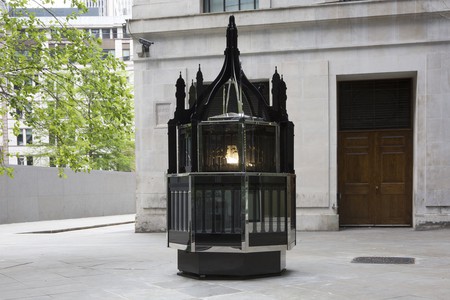 Art by the Recycle Group, made up of Russian duo Andrei Blokgin and Georgy Kuznetsov, is characterised by a provocative combination of the classical with the contemporary. Using both ‘recycled’ classical narratives and motifs, as well as recycled materials, their work ponders upon the rising level of material waste in our consumer-orientated world, and the resultant question of what will be left of us for archaeologists of the future to uncover. Their piece, Falling into Virtual Reality, was created especially for ‘Sculpture in the City’, and shows a modern-cum-classical Saint-like figure falling into a world of virtual reality, the spectral image changing, depending upon the viewer’s perspective. 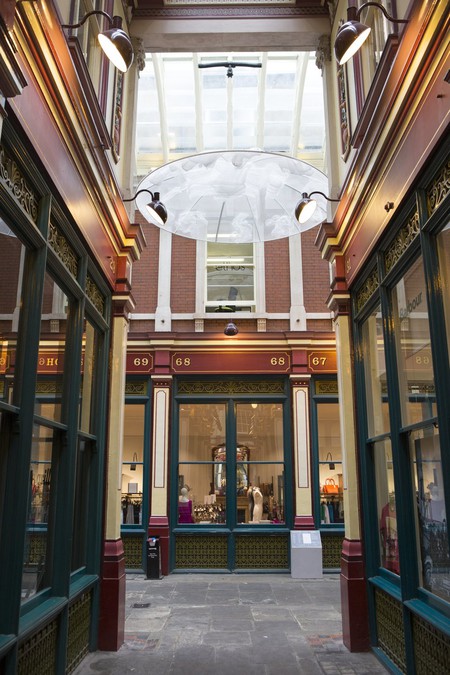 Originally commissioned by the City of Johannesburg in 2010 for the football World Cup, this imposing steel sculpture stands at 11 metres high, and has become known as that city’s ‘Statue of Liberty’. It refers to the activities of typically migrant and often homeless women who, in recent years, carried burning pieces of coal to sell to street vendors in the busy metropolis. Made up of individual steel plates that only obtain their lucid, collective structure from a single angle, the sculpture almost always appears fractured and disintegrating, demonstrating both the fire-walker woman’s ambiguous place in the world, and her precarious grip on life. 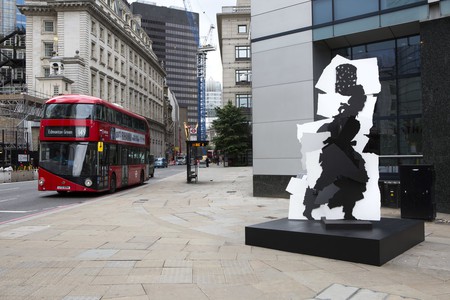 Swiss-born multi-media artist Ugo Rondinone is well known for his anthropomorphic sculptures, having produced a series of nine colossal slab-stone figures which were showcased right around the perimeter of the Rockefeller Plaza in New York in 2013, which seemed to resemble a herd of primitive robots. The two sculptures currently sitting on London’s Leadenhall Street are from a series of 12– one for each month of the year, and each exhibiting a distinct mood. Drawing inspiration from the ritual use of stones such as those at Easter Island, yet with a uniquely modern caricaturist quality, the masks are covered in the artist’s finger marks, allowing us to visually connect with the ancient artistic process of modelling. 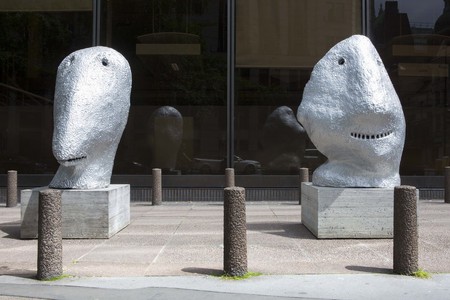 Of Saints and Sailors, Benedetto Pietromarchi

The story behind this installation is completely fascinating. Italian sculptor Benedetto Pietromarchi explores the theme of psycho-geography through his work, examining how our natural reality and surroundings affect our experiences and our individual cultures. For Of Saints and Soldiers, the artist traveled on a transatlantic journey on a wood pulp cargo ship from Uruguay to the Netherlands, where he joined a fraternity of Filipino men who live their lives at sea. The busts atop the sculptures are modeled on the fraternity’s members, the springs within their mounts and their adornment with chains, engine pieces and other trappings of sea-fare giving an impression of the link between the men’s inner lives and their tempestuous, sealed world. 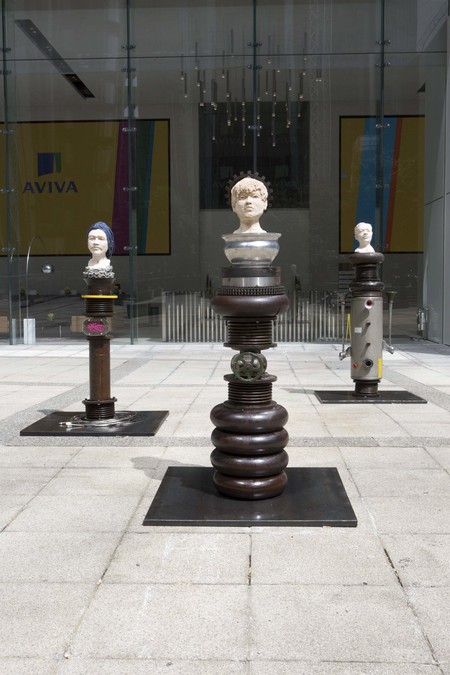 Sculpture in the City is also supported by an education programme for young people, with educational workshops held for schoolchildren and run by Open-City taking place in many of the Square Mile’s most iconic towers.