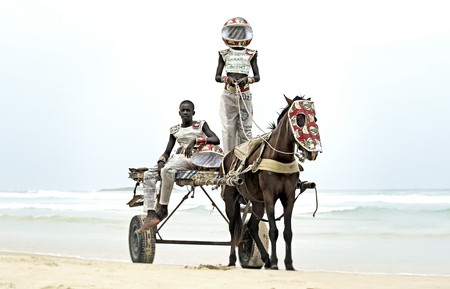 Black creative pioneers have had a huge influence on British art, film and music. Artist Zak Ové tells of how his father’s generation broke new cultural ground, and how the artists who followed in their footsteps helped make the Britain of today.

West Indian soldiers fought for Britain in both world wars, so when the British government encouraged immigration to the British Empire and Commonwealth to fill roles vacant after World War II, the people who moved from the Caribbean expected to be welcomed to the ‘Motherland’. However, for those who came to be known as the Windrush generation (named after the first ship, Empire Windrush, to arrive in the UK from the Caribbean), the reality of life in the UK proved to be a fight against racism and a struggle to be heard and seen.

Seventy years after Empire Windrush’s arrival, Zak Ové, curator of the show Get Up, Stand Up Now, talks about how that generation and Black creatives of the past 50 years have played an intrinsic part in shaping the creative culture in Britain today. 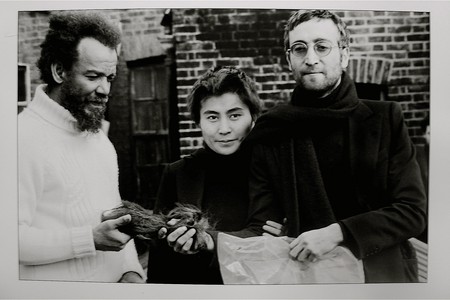 “I think the interesting thing about Britain is how [West Indian] culture has become so embedded in British culture. Even typical white Londoners feel that this is very much a part of who they are, and a culture that they revere musically, artistically and otherwise,” Ové says. His father, Horace Ové, was part of the Windrush generation and became Britain’s first Black director of a feature film, Pressure (1975).

Many Black creatives working in the ’60s, ’70s and ’80s created work that would have a huge impact on British society but wasn’t acknowledged at the time. “Their practice was heartfelt. They were working in isolation without recognition, and it was through sheer determination and self-belief and bravery that they came out to speak very sharply about injustice, about an incorrect history, about inequality,” Ové says. Among them is Claudia Jones, who founded Notting Hill Carnival, probably the most well-known celebration of Caribbean heritage in the UK and the biggest street festival in Europe. “Claudia Jones understood that carnival brokered a situation, culturally, for us to give Britain a gift that it could receive, and create a space of interaction, of gaiety, of dance, of something we could share,” Ové says. 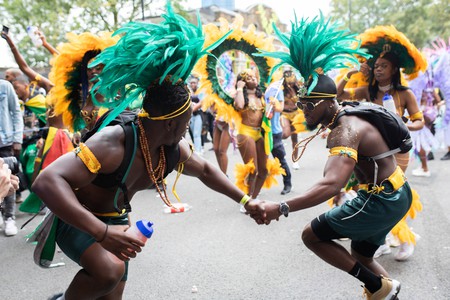 Today, West Indian culture has become a part of London culture – “even in language, London has a Caribbean derivative in its slang now,” Ové says – and when the Windrush scandal broke in 2018, Britons were shocked at how people who’d lived here most of their lives were treated. “It was an awful situation, with the denial of these people being British and a right-wing government trying to ship them back to the Caribbean 60 years post their arrival, which is ridiculous. I think British people, on the whole, woke up and really found the whole thing hard to swallow,” Ové says. 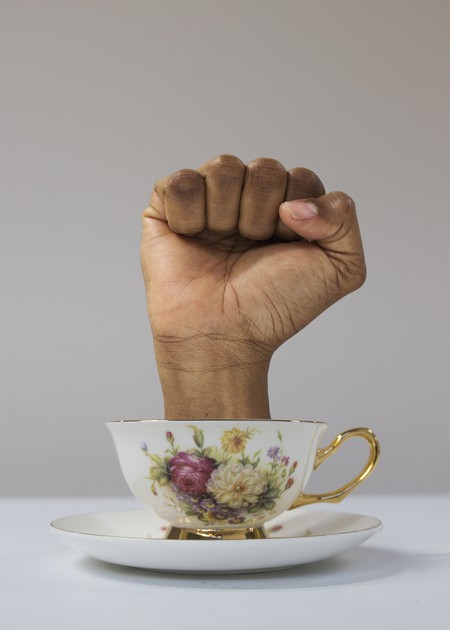 It was due to the work of those early creative pioneers that this marriage between two cultures could happen. When Ové, who was born in 1966, started working as an artist in the ’80s, he says: “Museums didn’t recognise the diaspora; the only work on show in public institutions were usually African antiquities, which meant that you were looking at things like carving and sculpture-making as a dead art. Now, if it’s a dead art in my culture and a living art in your culture, that’s a dilemma for me.”

Today, Ové’s the first British Caribbean artist to be exhibited in the British Museum’s permanent collection. His work recontemporises African sculpture-making through the use of contemporary materials: “Graphite, polyurethane, gold, any number of sumptuous fabrications that speak of a future world, not just a past world.” 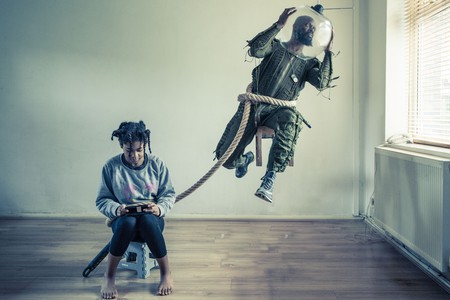 Social media has helped acknowledge the work of Black artists today, according to Ové. “Somebody can Instagram stuff, and by the time you wake up in New York or Sydney or wherever, you’re already looking at my show. Years ago that didn’t happen – you’d have to try and seek out a brochure from a show that maybe happened six or seven years prior that had sold out, so there was no record. It was very hard to archive anything in the past, to understand who the players were before you; how they’d honed their craftsmanship; what they’d encountered in getting their voices heard and getting recognition for their practice.” 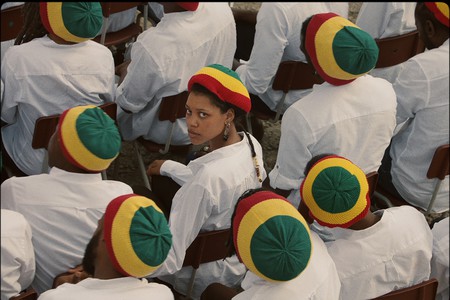 Though he believes Black creatives are now becoming more recognised, Ové is also scared, really scared, he says, because a battle that at one point seemed like it was almost won is still being fought. “In my mind, nationalism is an ugly word,” Ové says. “What we want to do is look at all the things we’re not happy with that we can change. I realised it when my father was given a CBE; as somebody who had protested for the embetterment and integration of multiculturalism in this country, he was recognised as having participated in really helping Britain become a better place to live in,” he concludes.

Get Up, Stand Up Now, in association with Hennessy, is open until 15 September 2019 at Somerset House. 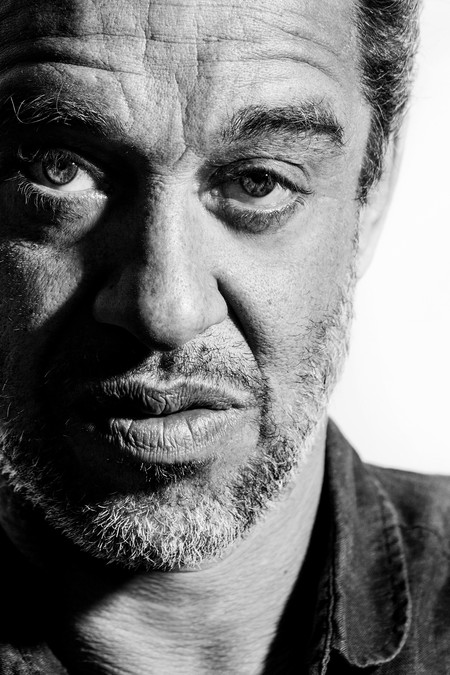