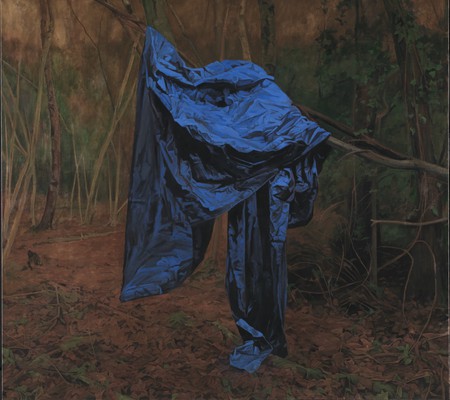 The National Gallery may seem like a depository of dead artists, but once in a blue moon ‘living’ contemporary artists make an appearance. George Shaw has been the National Gallery’s associate artist for the past two-and-a-half years and like his predecessors, he had the task of creating new work that would respond and engage directly with the pre-1900 collection.

More than 50 new works, including drawings and paintings, have been created for the show. Appropriately and in keeping with a key subject matter from the National Gallery’s collection, the visitor is confronted with 14 self portrait drawings in the various poses taken up by Christ in the Stations of the Cross. The biblical episode depicts a series of images of Jesus Christ on the day of his crucifixion and accompanying prayers; but in this instance the sketched images might refer to the challenging task the artist had to undertake, painting alongside some of the most famous works of the Western world. Shaw is not an artist known for working with human figures, but these drawings show the viewer an important step he undertook to achieve his woodland scenes. 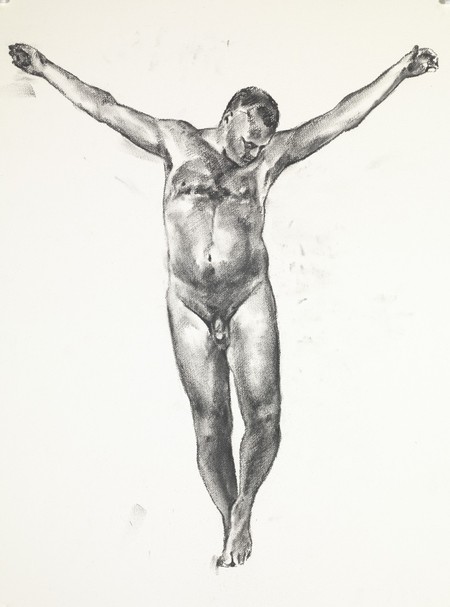 George Shaw, The Sadness of the Middle-Aged Life Model (12), 2015 (Charcoal on paper 61 x 46 cm) | Courtesy of the Artist and Wilkinson Gallery, London

From Titian’s Landscape to Coventry Woodlands

As a teenager Shaw made regular day trips from his home on a Coventry council estate to the National Gallery, where he drew pictures that inspired him. In 2014 he took up his residency in a studio located at the heart of the National Gallery, from which he had unrestricted access to the Gallery; to explore the collection out of hours and at his leisure. This allowed him to become, as he put it in the informational video, a member of staff who clocked in and out. The works that inspired him could not be more different than the estate on which he grew up.

Titian’s The Death of Acteon is a visual representation of Ovid’s account in which the goddess Diana takes revenge on Acteon after he surprised her while bathing naked in the woods, and turned him into a stag, which his own hounds attacked and killed. What drew Shaw to this painting was how the subject matter was merely an excuse for the artist to depict striking woodlands, which both entice and repel the viewer. Shaw noticed that many mythological events involving incidents outside the accepted norms of behaviour, including violence, illicit sex and drunkenness take place in the woods. If the mythological figures were to be taken out of the landscape, only the physical objects such as ewers and arrows would be left, giving the viewer visual clues of what might have happened in the scene. 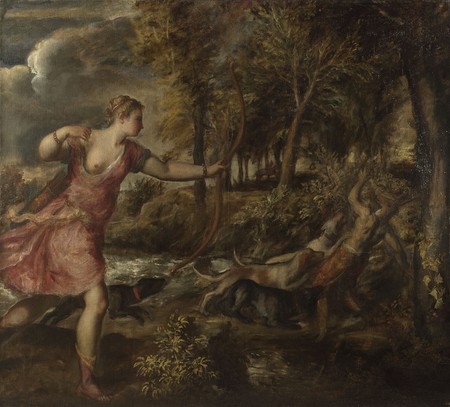 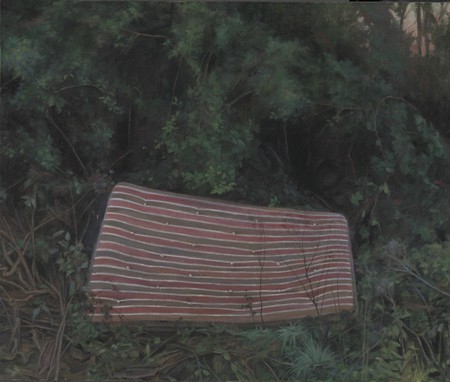 Shaw’s paintings are thus a modern interpretation of the mythological woodlands that inspired him. In one of his almost photographic paintings, The School of Love, 2015-16 the artist has left a used mattress on the ground. The viewer’s imagination is left to decide what could have happened in these striking yet repellent woodlands, could there have been a first teenage sexual encounter? A rape? Or perhaps is it the depiction of someone’s home? Either way the melancholic landscapes do not look inviting, nor would one want to be caught in them. They are beautiful, yet at the same time repellant and scary, especially since none of them have any figures except for one which shows the artist relieving himself. 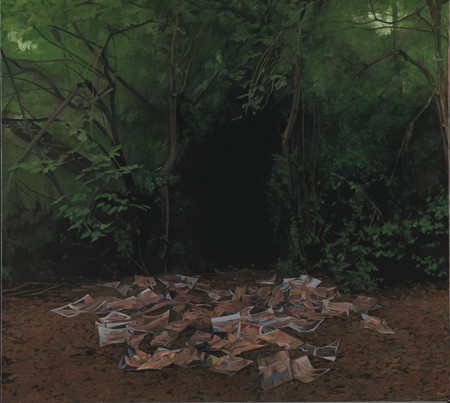 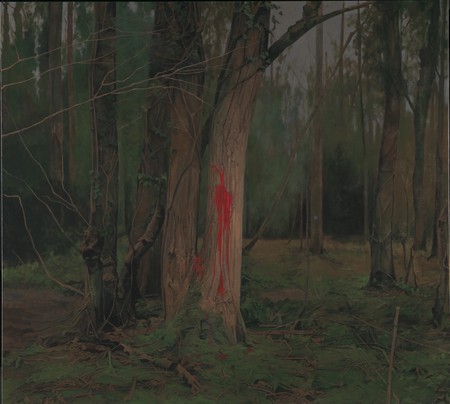 Shaw is known for his highly detailed approach and his favoured medium is Humbrol enamel paints, used more often to paint model trains and aeroplanes than canvases. It gives his work a unique appearance, almost photographic. He concedes that he likes the fact that they have no historical resonance and that they are mass-produced. However, midway through his term he ordered three canvases in the same size as the trio of great Titian mythologies he admires so much (178 x 198cm), the triptych of paintings he created are a direct response to Titian (pictured above). The medium and subject matter of George Shaw’s paintings make his work more about the every day than the highbrow mythological scenes found at the National Gallery. George Shaw’s exhibition manages to link the old and the new, reminding us of those instances when we feel that something out of the ordinary could happen at any time.

George Shaw: My Back to Nature is on display at the National Gallery until 30 October 2016.