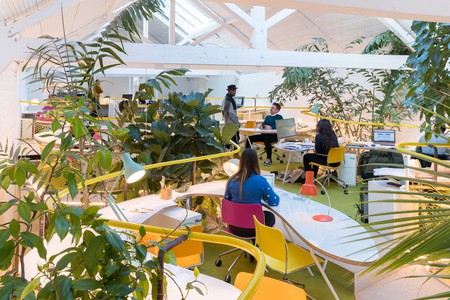 More of a casual members’ club with everything from its rich cultural programme to on-site crèches, unique co-working concept Second Home is reinventing office life for the better. We talk to London-based co-founder Rohan Silva about the company’s unorthodox collaborative work spaces that couldn’t be further from the world of cookie-cutter corporate offices.

Long gone are the days when the bland corporate office environment was the norm. Now, the millennial generation is demanding more from their working environment, as we work longer hours and more of us are grafting for ourselves and starting up our own businesses – the number of self-employed workers has increased rapidly from 3.3 million people in 2001 to 4.8 million in 2017, according to the Office for National Statistics. 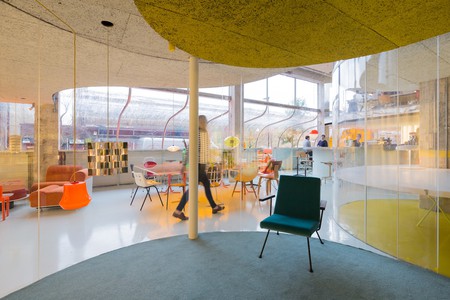 So when you’re spending almost your entire day in one space, it’s acceptable to expect better from your surroundings. This demand has been recognised by blue-chip firms including Google, Facebook and Bloomberg, who have called upon ‘starchitects’ such as Norman Foster, Bjarke Ingels and Thomas Heatherwick to create the biggest and best state-of-the-art, sustainable offices for their staff. While this is great for those working for big-cheese firms, what about the rest of us?

Second Home, co-founded by Rohan Silva and Sam Aldenton, takes a slightly different approach. Yes, it has ultra-funky and futuristic work spaces that every creative company lusts after, but the firm’s USP is that it can provide an affordable and accessible working environment for every type of business, with its flexible ‘roaming’ membership or ‘studio’ membership for more established firms. 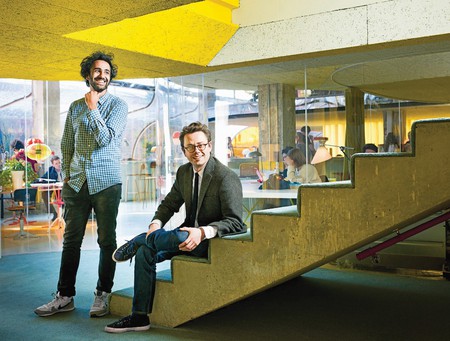 Perhaps even more importantly, there’s another focus at its heart – collaboration. The company has shaken up the traditional division of industries with its unique dynamic approach, combining the likes of Canary Wharf and Clerkenwell under one roof to encourage corporates and charities to sit side by side, to integrate, share ideas and work together on projects that they never would have done otherwise.

‘Sadly, small teams usually end up in sterile, identikit cubicles in soulless co-working spaces – it’s only the biggest businesses like Google and Apple that can afford to create beautiful offices that integrate nature and really support their employees’ wellbeing,’ explains Silva. ‘We’re trying to democratise access to that kind of positive environment for all those companies that aren’t as big as multinational corporations; we think that’s a really important mission.’ 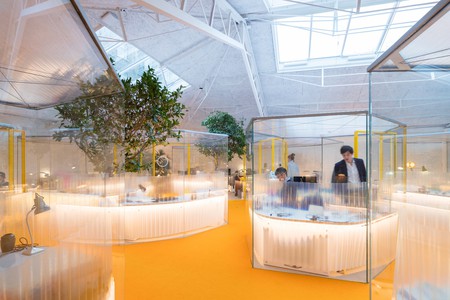 Apparently, businesses grow 10 times faster in Second Homes’ working environments than the national average, which currently include offices in Spitalfields, London Fields and most recently Holland Park in London, plus an office in Lisbon. As a result of this idea of ‘mixing business to drive innovation’, 75% of the companies at Second Home have worked with other members within their ‘community’, which includes fast-growing businesses such as Vice, Kickstarter and Artsy as well as established firms like Ernst & Young. The latter recently partnered with a small charity called Help Refugees, simply due to the fact that EY’s innovation lab sits right next door to their studio in the Spitalfields office. 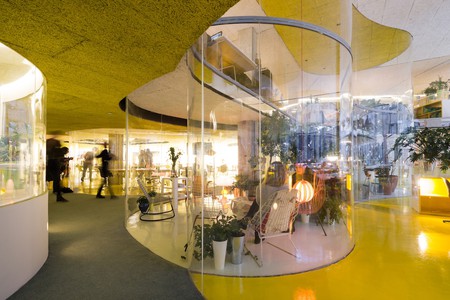 ‘We choose the mix of teams very carefully at Second Home. Obviously we don’t care what anyone wears, or what they look like, our obsession is building a community with the broadest possible range of industries and types of organisation, from small teams like the female empowerment charity Spring, through to fast-growing businesses like green energy company Bulb.

‘We even employ full-time community organisers whose only job is to make connections and introduce our members to one another. Another way we encourage collaboration is our brilliant cultural programme and education events. Throughout the week we have incredible thinkers, such as fashion designer Stella McCartney, author Dave Eggers and singer Annie Lennox, speaking at Second Home and sharing their insights. Perfect for bringing our community together and helping spark new creative ideas, too.’ 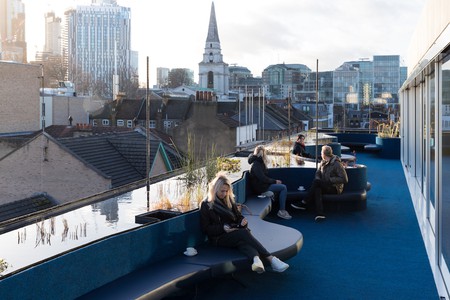 Silva also recognises that, with self-employment on the rise, there’s a demand for dynamic and flexible working environments more than ever as the boundaries between work and home life become increasingly blurred. ‘Fewer people these days finish their office day at 5pm and get to forget about their job as soon as they get home,’ he adds. ‘If you’re self-employed, or work for a small business, you never really get to leave work behind – it’s always with you, one way or another.

‘That’s why we have such a broad-ranging programme of talks, live music and film screenings at Second Home, so you don’t need to separate your work life and cultural life. And it’s also why our next London space will have a nursery in it, because if you’re working for yourself, you need all the support you can get.’ 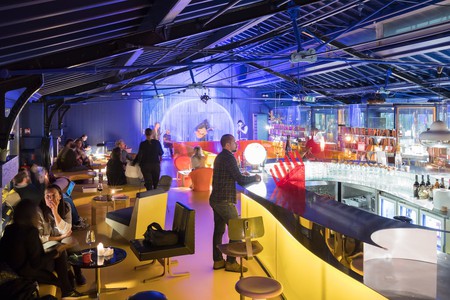 As for the spaces themselves, they couldn’t be further from the identikit office environments we’re used to. Even architect Lord Richard Rogers approved of the company’s model, referring to one of Second Home’s office spaces as ‘magnificent – a real organisation and spatial breakthrough’. There’s more Bauhaus and mid-century furniture in the SelgasCano-designed Spitalfields office than you can shake a stick at, while its Holland Park venue features thousands of plants, including trees growing directly out of the floor. 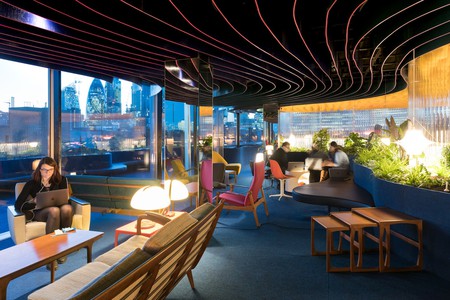 Plants are a trademark feature of the Second Home operation, as the firm is big on biophilia, which essentially means humanity’s inherent love of nature. The team’s architects, who were teaching at MIT in Boston, have a keen interest in evolutionary psychology and biophilia and believe that it’s important to design spaces that reflect the natural environments that humans evolved in over millions of years. 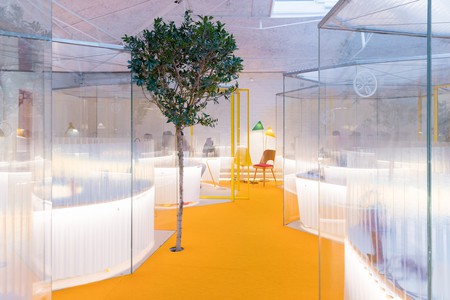 ‘If you think about the natural world, there’s wonderful complexity, colour and diversity everywhere you look – the exact opposite of the grey and homogenous office buildings being built by corporate developers today,’ explains Silva. ‘Spending time in natural environments is really good for us; it helps reduce stress, and it’s incredibly beneficial for our health, productivity and creativity. If you want to know more, I’d recommend Biophilia (1984) by Harvard professor Edward O Wilson. Professor Wilson spoke at Second Home the day we opened in November 2014, and he’s incredibly insightful on the affinity we all have with the natural world around us.’ 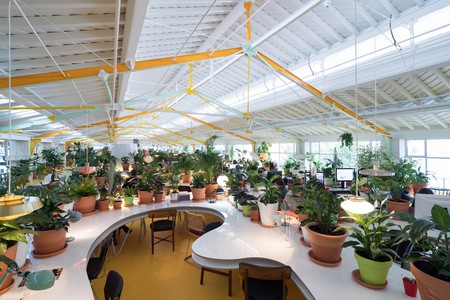 It isn’t just this affinity with our natural habitat that’s important – it’s also respecting and honouring the existing buildings in which Second Home chooses for its office locations. Rather than knocking down properties to make way for shiny, new one-dimensional offices, Second Homes hunts down unique historic finds and does them up in a spectacular fashion. As well as paying homage to the vernacular and narrative of each building, the firm also brings a fresh and distinctive signature look to each property, which appears to be a kind of a fusion of space-age retro, sci-fi fantasy and garden-centre chic.

‘Every Second Home is a response to the individual character of the neighbourhood and building it’s in, so each one is very different. It’s a million miles away from the identikit corporate spaces and generic architecture you find everywhere, and it also makes our lives much more interesting. Historic buildings often have wonderful stories and textures in them, such as our space in Holland Park, which is where the classic Michelangelo Antonioni movie Blow-Up (1966) was filmed, and later became the first architecture studio of Richard Rogers. Who wouldn’t to continue that cultural heritage? For us, that’s what Second Home is all about.’ 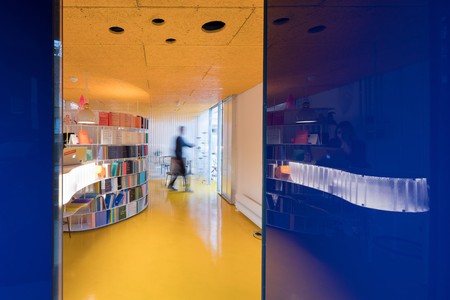 So what’s next for Second Home? ‘Every office is completely full now, and we could fill each of our spaces three times over with our waiting list alone, so we have a bunch of new projects coming up to keep pace with demand,’ reveals Silva. ‘The reason we’re keen to keep growing our community is because it means even more potential connections between our members, which in turn leads to new collaborations and opportunities for innovation. That’s why we’re opening new spaces in London, Lisbon and LA this year and next. It means lots of time on aeroplanes, but it’s lots of fun and definitely worth the jet lag.’ 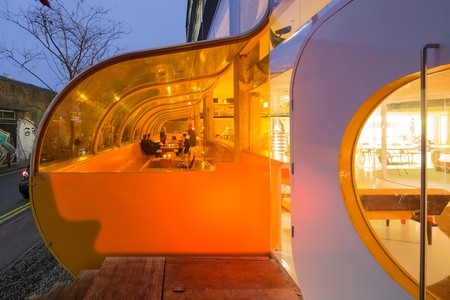 Find out more about Second Home here. Read more about sustainable office design, the effect our working environments can have on our wellbeing and other co-working spaces in London.