The Grand Tour launched in a blaze of glory last November, premiering on Amazon Prime to the streaming service’s highest ever viewing figures for an original series, but have audiences cooled on the show? 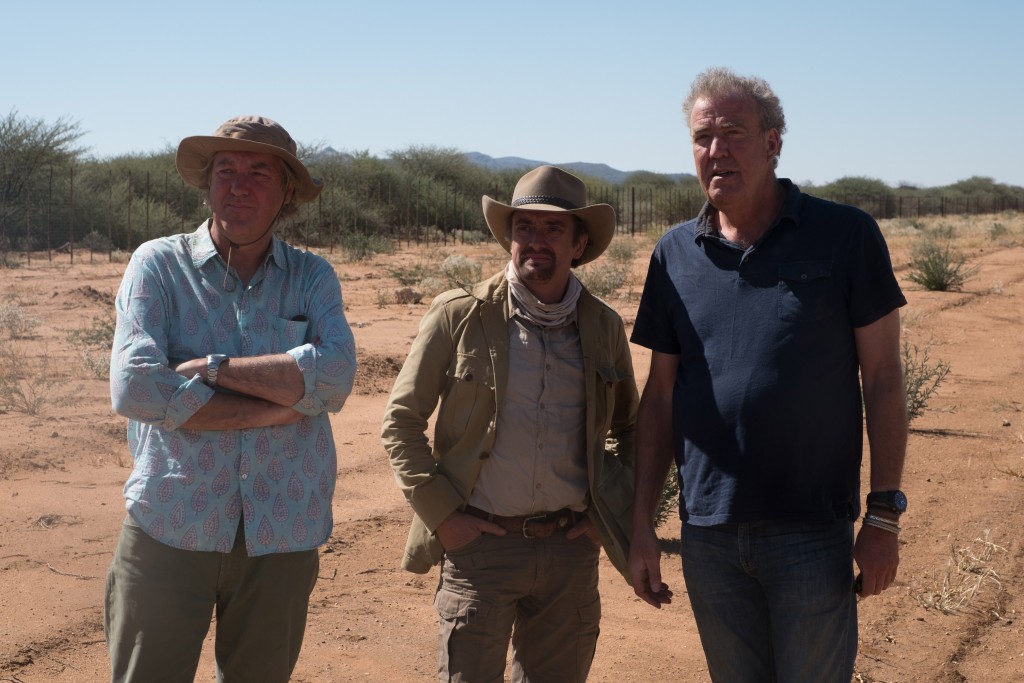 Initially the record numbers of audience members tuning in must have felt like a relief for Amazon owner Jeff Bezos, who reportedly shelled out £160 million to secure ex-Top Gear presenters Jeremy Clarkson, Richard Hammond and James May following their ‘fracas’-related departure from the BBC in 2015.

The Grand Tour‘s debut episode opened with the trio tearing through the California desert in a sequence of vehicular mayhem straight out of a Hollywood blockbuster. The sky-high budget was immediately evident, and critics gave the retooled Top Gear the thumbs up.

Now, as the show approaches the finish line for its first series, that new car smell is beginning to fade. Even die-hard Clarkson defenders will probably acknowledge that the heavily scripted format might be in need of a refresh.

Pin-balling across the globe in a travelling tent, the show is a blend of studio segments, anchored by Clarkson in his usual hectoring style, and elaborate set pieces that often fall spectacularly flat. Their spoof of Tom Cruise epic Edge of Tomorrow in episode two has to be considered one of the most excruciatingly unfunny bits of TV in 2016, while a later episode spends an eternity on a thankless skit featuring a remotely beamed Bob Geldof pratting about on a Segway.

Musing on the ill-fated Chris Evans Top Gear era just prior to The Grand Tour‘s launch, Clarkson suggested that the revamped BBC series failed due to its lack of good writing.

“You look at the TV show, you read all the credits, you’ll see the cameraman, the sound recordist, you’ll see their names,” he said. “You find me one where it says ‘written by’. They just cobble it together. Writing is everything.”

Ironically, it’s the cobwebby scripts for The Grand Tour that are its undoing. Much of Top Gear’s entertainment value stemmed from Clarkson, Hammond and May’s endless bickering and catastrophic car failures. Things inevitably go wrong on The Grand Tour, but these Basil Fawlty-like blunderings are so tightly scripted they feel robbed of any spontaneity.

The low point? That undoubtedly came during a studio bit in which Hammond insinuated that eating ice cream was gay. When Clarkson observed that you couldn’t “enjoy a chocolate Magnum ice cream” in a Rolls-Royce because of its cream-coloured interior, Hammond shot back: “That’s alright, I don’t eat ice cream. I think it’s something to do with being straight.”

The presenter was widely criticised for the retrograde gag, but tellingly, the episode had already been out for several days before anybody actually picked up on it.

Controversy and Top Gear have gone hand in hand for years – Clarkson and Co. locked horns with the BBC over everything from quips about murdering prostitutes to provoking Argentina over The Falklands War. With Amazon, though, the trio wield the dangerous double-barrelled weapon of creative control and zero accountability.

“The main reason [we chose Amazon] is we do get left alone, which as anybody who’s worked with us knows we like,” he explained. “But we are left alone because it is logical… we have to be left alone to make what we want in a bubble.”

With nobody posing questions or putting decisions through the editorial ringer, the show is losing creative focus. Maybe that tension with the BBC was part of what fired up Clarkson and made Top Gear tick? Quality aside, the question of whether or not people are actually tuning in to watch The Grand Tour remains unanswered.

Whereas traditional TV broadcasters can point to ratings to gauge success, The Grand Tour‘s audience is a mystery. Amazon, like Netflix, don’t release streaming figures because their business is based on customers forking out a monthly subscription fee instead of attracting advertisers.

“We’ll never know the numbers because Amazon never give us the viewing figures,” Wilman said in November. “That’s a blessing in its own way, because you can just make something and never, ever have to be judged by looking for overnights and consolidated figures.”

Symphony’s figures below take into account US viewers for the first four episodes – in the 18-49 age bracket – from the first eight days of each installment’s release:

Though these numbers are unofficial and don’t take into account viewers outside of the United States, where the ex-Top Gear trio have a sizeable following, they’re perhaps an indication of how the series is progressing after switching from the BBC to Amazon. 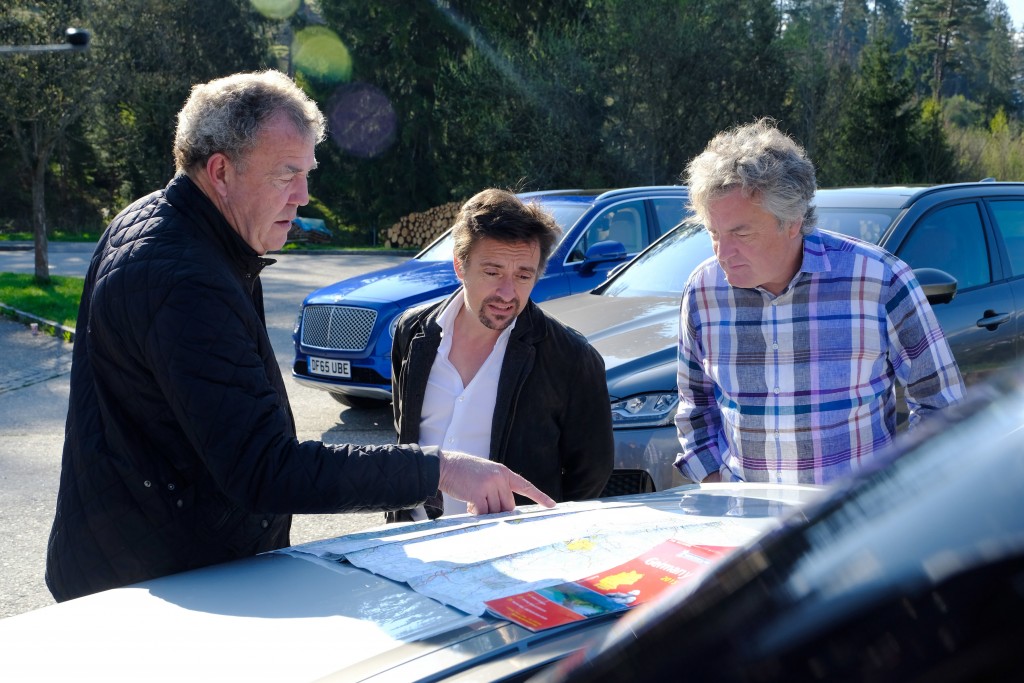 Netflix, who stream episodes of the Clarkson era Top Gear, were originally bidding for The Grand Tour, but the company’s Chief Content Officer Ted Sarandos hinted that their internal numbers on these old episodes suggested it wasn’t worth the hefty investment.

“We made a play for that show, definitely,” he told The Telegraph. “But we’ve had every season of Top Gear on Netflix in most territories in the world, so we had a better sense than most of what the audience was for Top Gear on our platform. We knew what it was worth.”

Top Gear was once described as the most-watched ‘factual’ programme in the world, but in its new guise on Amazon it’s hard to walk away from an episode gleaning anything of note. It’s a show still trying to find its groove.

Still, there are exceptions that suggest it might be able to return to its glory days (in terms of quality, if not audience reach). May’s feature on the iconic Le Mans rivalry between Ford and Ferrari was enlightening stuff, while the two-part Namibia special strived to recapture the adventure and fun of Top Gear‘s treks to the North Pole and Vietnam. 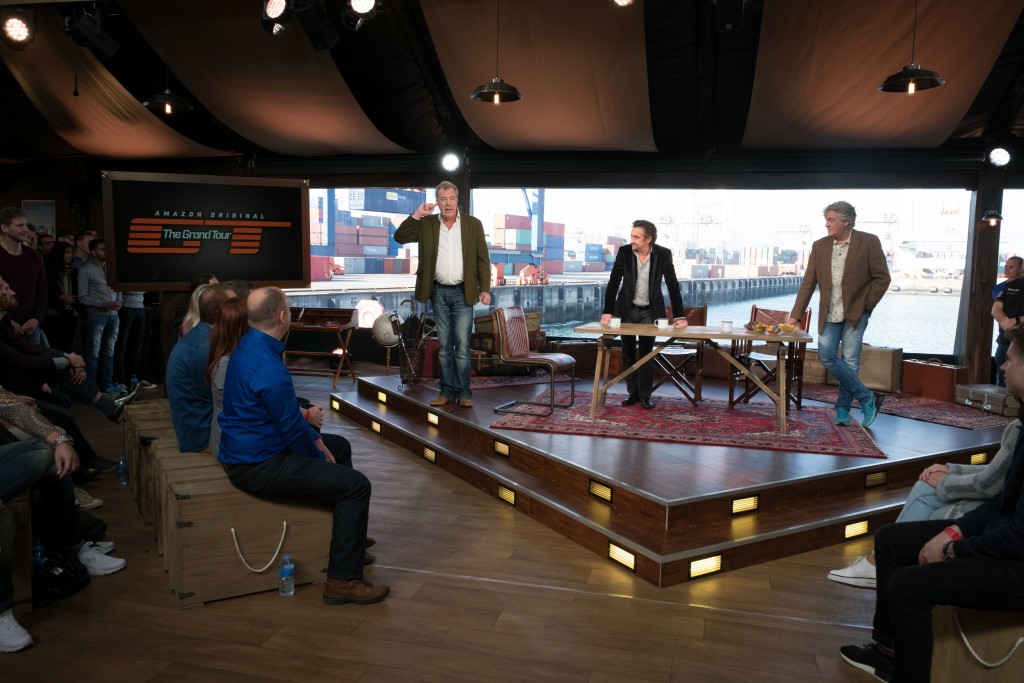 With a three-series commitment, Clarkson and his cohorts at least have time to get The Grand Tour right. For now, though, Amazon’s ambitious offering is in need of some careful engine fine-tuning.