Five Reasons Why 'Doctor Strange' Is the Best Marvel Film Yet 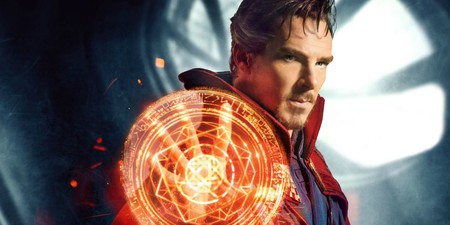 Doctor Strange has always been seen as one of Marvel’s trickier comics to adapt for the screen. It’s unashamedly based in the realms of the supernatural, dealing with astral projection and self-healing soul power. Now that we’ve seen the movie, here are five reasons why it is Marvel’s finest to date.

Based on the comic series created by Stan Lee and artist Steve Ditko in 1963, the story follows Stephen Strange (Benedict Cumberbatch), a gifted, arrogant surgeon who has it all. When injuries sustained in a car crash leave him unable to perform medical operations, Strange becomes obsessed with finding a cure. His desperate search leads him to a temple in Nepal where he meets a mystic known as The Ancient One (Tilda Swinton).

Initially disappointed to learn that he will only be training his mind and his soul to get better, Strange begins to realise the full power of his psyche, and what it can unleash… as well as the dangers of this power falling into the wrong hands.

The film’s biggest successes are its stunning special effects. Think of the rotating corridor scene from Inception, the fight sequences from The Matrix and the trippy surrealism of Salvador Dali — and you might start to get the right idea. They might seem like an odd mix, but it’s one that works outstandingly well. The opening confrontation between The Ancient One and the villainous Kaecilius (Mads Mikkelsen) takes place on the streets of London, but the visual effects transform the solid building into a rotating mass of clockwork walls.

In a later scene, where Strange is forced to enter the psychic world he initially dismisses, things take on a psychedelic tone. This time astral projections are executed on screen and Cumberbatch is transported into space. It’s a breathtaking excursion that is flawlessly delivered. 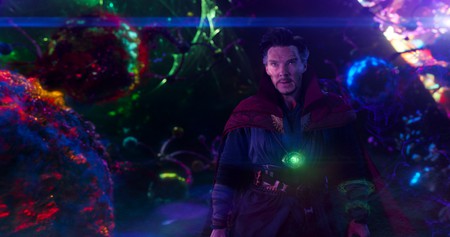 Not since the first portion of Kenneth Branagh’s Thor has there been so many intentional laughs in a Marvel movie. Part of this is down the bewilderment that Strange expresses at what is going on around him, with Cumberbatch doing a wonderfully droll side-eye every now and then, but for the most part the humour comes from a smart script.

Swinton and Chiwetel Ejiofor go for the deadpan approach, and it works. There are even visual gags, which sound ludicrous when described in writing, but trust us: the comedy cape with a life of its own will have you in stitches.

Scott Derrickson is best known for the horror series Sinister. He pulls of a neat trick with Doctor Strange by keeping some of the supernatural elements he is used to working with (more on that later), and balancing them with the critical elements of a superhero film. This is very much an origin story after all, and to get us fully involved in a world we have never seen before, as well as introduce a new character to the Marvel universe, is some achievement.

Blending Superheroes and the Supernatural

Here’s where I had the greatest concerns beforehand. Just how would the paranormal elements of the character sit alongside the long-established ‘real-world’ mechanics of The Avengers?

Although there aren’t any direct interactions with other superheroes, there are enough references throughout to let us know this is very much a shared universe. There is even an early, albeit hard to spot, reference to War Machine and his fate after Captain America: Civil War.

Doctor Strange doesn’t concern itself with unnecessary physical limitations or explainers. Instead, the action never holds back — the director relishes hurling us into brash fight sequences that are like nothing we’ve seen before. We pick up on the rules of this universe very quickly, and are in tune with it within minutes.

Benedict Cumberbatch might struggle with a wonky American accent, but his performance is superb throughout. Playing Strange perfectly as an intelligent outsider, he turns what could have been an annoying character into a likeable hero.

He is helped by a supporting cast who take things seriously when they need to, but are willing to play it for laughs where necessary. Tilda Swinton has the cool aura of an ancient mystic, but she also has the dry humour of a professional comedian. We’ve seen it before, most recently in Trainwreck, and this time she gets to add some kick-ass action to her repertoire.

Special credit to two other members of the Strange cast, with Benedict Wong and Rachel McAdams working wonders despite limited screen time. 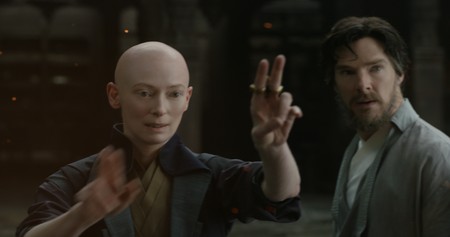 There are also a number of Marvel easter eggs to dine on for hardcore fans. We see Tony Stark’s Avengers skyscraper whenever we pan across the city (it’s even part of a spectacular early sequence that sees the New York landscape fold in on itself).

If you’ve made it this far, you’ll know what to expect next. Here come the obligatory post-credit stings… so if you want to avoid spoilers, look away now.

There are two additional clips at the end of the film, one midway through and one after all the credits have rolled.

First up, Strange sits opposite a thirsty Thor (Chris Hemsworth), who appears mesmerised by a jug of ale that continuously tops itself up every time the god of thunder thinks he has downed it. The pair have a brief discussion about why Thor and Loki (not seen on screen) are back in New York. When it is revealed that their mission is to find their father, Strange agrees to help.

Finally, there is a sequence that sees Ejiofor’s Karl Mordo return to find Jonathan Pangborn (Benjamin Bratt). We see Mordo turning to his more villainous side that is prevalent in the comics, and his desire to eliminate as many sorcerers as possible.