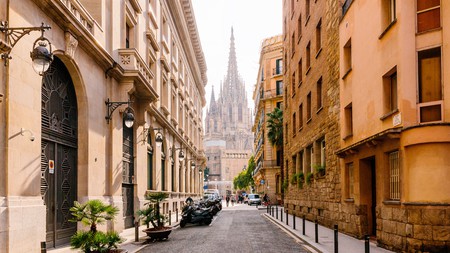 Barcelona proved to be the perfect fit for the 'Killing Eve' character of Villanelle – playful, effortlessly cool and stylish | © Alexander Spatari / Getty

Hit series Killing Eve is back for a third season. Fans can expect more thrilling action from female assassin Villanelle, a determined pursuit from Eve and a twisty plot played out in some of the most glamorous locations in the world.

Culture Trip spoke to Jamie Parsons, the location scout who has helped bring the series to different parts of Europe, to find out what it’s like working on such a globe-trotting adventure.

Culture Trip [CT]: The espionage genre lends itself perfectly to glamorous locations around the world. Was that something you wanted to portray with Killing Eve?

Jamie Parsons [JP]: Absolutely. We are so lucky to have such amazing characters in Killing Eve, and Europe and the world are their places of work and their playgrounds. We never know where “The Twelve” will send Villanelle and who will be her next target, so it’s an awesome opportunity for us to explore the coolest and most vibrant cities and countries for our filming locations. 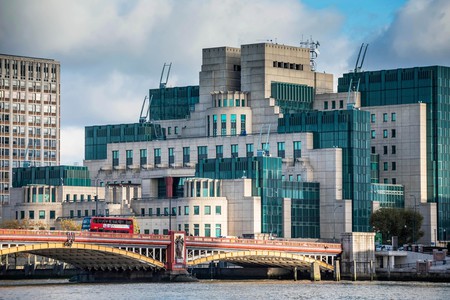 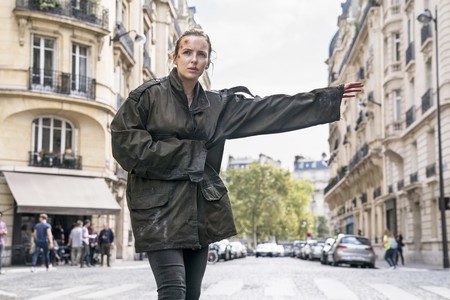 CT: Why does Europe make for such a great backdrop for these types of stories?

JP: Europe offers us such a wide variety of cultures, languages and terrains all within a short flight of each other. There’s perfect hiding places for any assassin, and in Season 3 we could easily jump from central London to a finca outside Barcelona or from Bucharest to Scotland; all have such individual character and a wealth of fantastic locations that give the show such a strong style… Our characters can run free even with Eve and MI5 hot on their tails. There is also such a great pedigree of these ‘cat and mouse’ stories, James Bond, Matthew Bourne and now Villanelle… 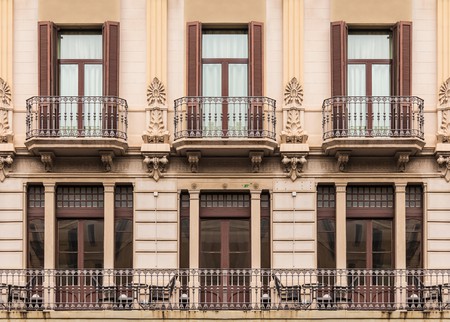 CT: The show has picked some well-known locations to use as the bases for Eve and Villanelle, but we get to see a very different side of London and Barcelona. Why those two cities for our central characters?

JP: In Season 3, Eve and Villanelle are in two very different worlds. Eve’s life is falling apart, her relationship is hanging by a thread, and we think we find her working in a restaurant kitchen in Seoul, South Korea – only to discover that’s she’s making mandu as part of London’s bustling Korean community, New Malden. Villanelle, on the other hand, wants to start climbing the ranks within “The Twelve.” With each character, we wanted to make their surroundings fit with their state of mind: Eve is fragile and recovering from the ordeal she went through in Season 2, and Villanelle is bolder and stronger than ever. Both of their bases reflect where we find them – Eve in a bedsit studio apartment and Villanelle in a sprawling finca.

CT: What is Villanelle’s Barcelona like? Is it a version of the city many visitors get to see?

JP: As we know, Villanelle wants the best. She has class and wants what other successful people have. With Villanelle’s apartment, we knew that the two would fit like a glove. We looked at dozens of options for her apartment and kept coming back to the incredible Gaudi-designed building that became her home. And yes, visitors can stay in properties like this across Barcelona! We also filmed in some of the beautiful and really chilled squares around Barcelona. The beaches around Poblenou and the Barcelona Cable Car are all great places to film, visit or just to hang out. A beer on the beach after a busy shoot day was a great reward for the crew. 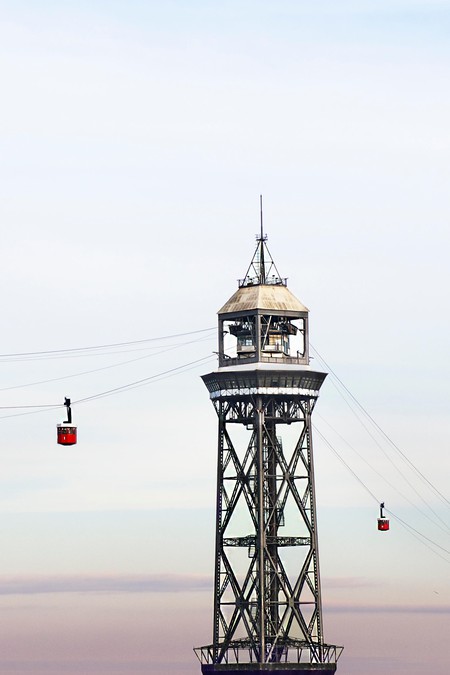 CT: What were the main influences and inspirations behind the styling of the city and Villanelle’s home we see in Season 3?

JP: Barcelona is a city full of so much character, from the Gothic Quarter and the traditional squares (like Plaça de la Barcelona), where Villanelle and Dasha relax and chat over a bottle of vodka, to the modern beachfront, marina and cable cars where you can dangle high above the super yachts. Barcelona is a perfect fit for the character of Villanelle, playful, effortlessly cool and uber stylish. The apartment, the city and Villanelle were a perfect match.

CT: Eve’s London manages to avoid a lot of the clichés normally associated with the capital city. But how do you make London look like London without putting a double-decker bus in every scene?

JP: As a Londoner, shooting in London is an absolute joy for me. It’s even better when we can bring areas of the city which might not be that recognisable to a viewer and subtly reveal where we are as the scene plays out. The Brutalist architecture of the Southbank was a great setting for a meeting between Carolyn and Audrey in Episode Two; we just love making our home city the backdrop to the action. Shooting scenes in neighbourhoods off the beaten track but with distinctive London design make the visual that much more interesting. Let’s just drop the Royal Albert Hall into the background, we know where we are and it’s a great shot. 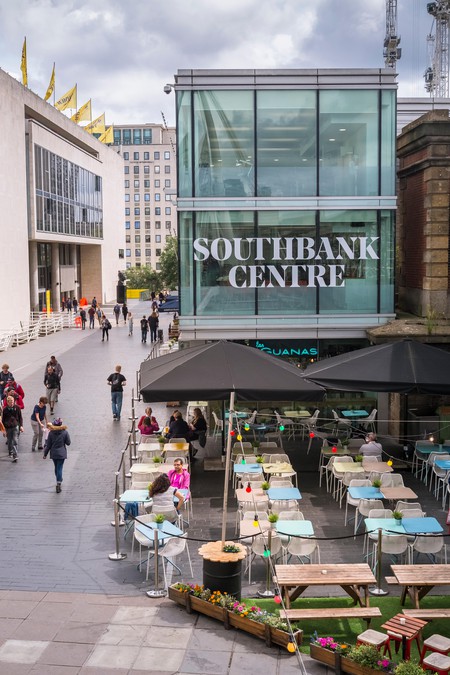 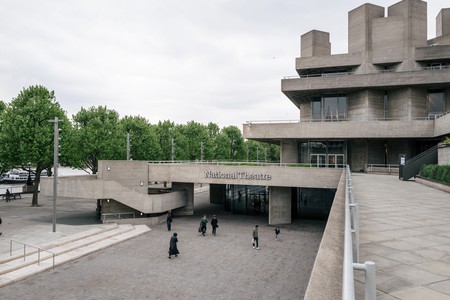 CT: Eve isn’t a native Londoner, or even a Brit. How does that outsider status inform her version of the city?

JP: While Villanelle gets a lot of the glamour, Eve seems to pull the short straw and is often in slightly more grungy locations. But Eve has a great sense of humor, though, and her sarcasm is very British. I think this gets her through the ordeals she faces!

CT: Other locations in the production stand in for other places, so how did you go about recreating these?

JP: With a little filming magic, we can and sometimes have to make some cities or countries double for others. Filming schedules, flights, civil unrest and even a stray bear made Season 3 quite a complex shoot. We used areas of Bucharest, Romania for several locations throughout filming. I work very closely with our director and designer to find locations that tell the story wherever we are in the world; we have to match the architecture, interior design and layout often with interior sets that are built in London. It has to look good. 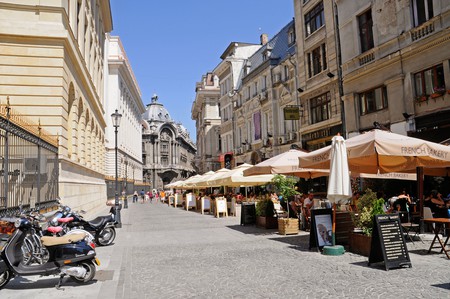 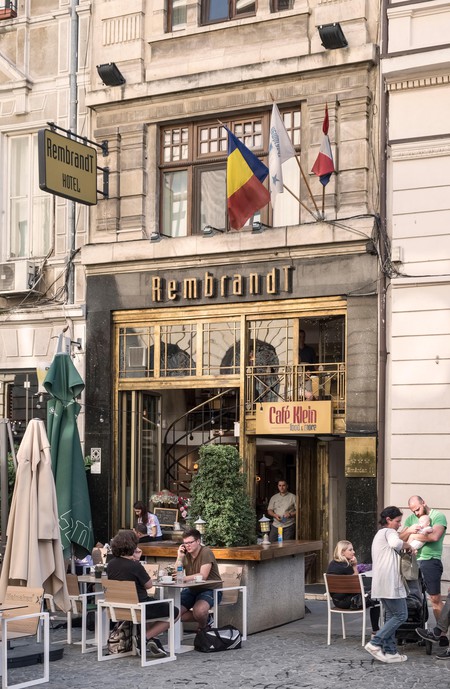 CT: Given that both Eve and Villanelle’s lives are completely uprooted by the Season 2 finale, how will Season 3 address the concept of “home” for them? Will we be treated to a lot more international travel?

JP: You sure will be! Eve and Villanelle have been trying to keep their lives on track. Eve has sold the London home she shared with Niko, who himself hasn’t coped brilliantly with the events of Season 2. Niko wants to travel home to go back to his roots in Poland, and Villanelle becomes obsessed with the concept of family and wants to discover her past in Russia. Carolyn has left Notting Hill behind her and she is now in Highgate, north London. This season really shakes the characters to the core and makes them all reassess their home lives and what constitutes home for them.

CT: In some ways, both central characters also have to deal with the realities (good and bad) of travel. Was this an aspect of “real life” that was important to keep in the series?

JP: We always make sure the travel and the geography makes sense to the viewer; we have a huge fan base, and people will know if a character has magically arrived in rural Russia an hour after leaving London. We often have scenes set on trains or in cars – it’s a great way to connect the scenes and take a look at the world around us at the same time. The limo journey away from Villanelle’s wedding is a great moment and sets the scene, and even the season, as starting off in Spain. 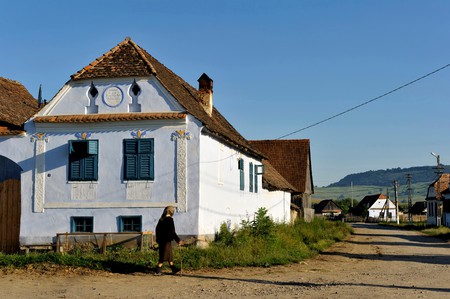 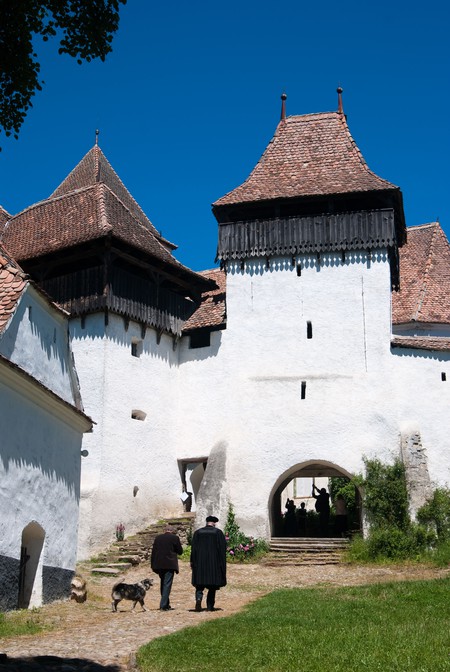 CT: Tell us about some of the challenges you faced bringing the locations to life?

JP: We have an amazing team on Killing Eve, and I work with some great scouts across Europe. This year, we had an awesome experience scouting across Spain and Romania and found some of the most beautiful areas to shoot the series. Constant travel, delayed flights and sometimes really basic airport terminals are never great fun. One episode, we shot in Comandău, a remote logging village in rural Romania. We were really happy and it was all worthwhile, but the bears that live in the surrounding woodlands thought the circus had come to town. It kinda had!

CT: What were your favourite places to look for when making the series, and what were the distinctive “styles” you were after for each of them?

JP: All of Villanelle’s locations are always great fun to scout for. We know she’s such a strong character, and her sense of style means her wedding, her apartment and any hotel or restaurant – wherever she is in the world –need to be to die for.