Fashion’s Most Influential Trio On 20 Years of Photography 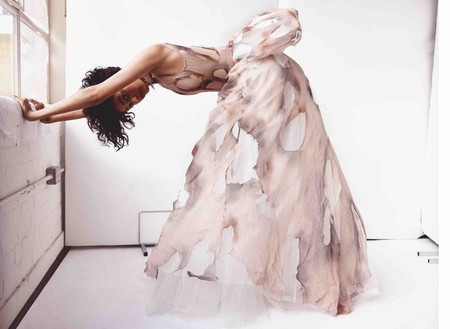 Giles Deacon, Katie Grand and Sølve Sundsbø have created some of the fashion industry’s most recognised photography. Culture Trip caught up with Deacon to find out what it’s like to be a part of such an iconic trio.

It’s not often that three fashion industry tastemakers as influential as Giles Deacon, Katie Grand and Sølve Sundsbø work together with such consistency, but that’s what makes their images special. Their newly launched book, GilesSølveKatie, celebrates 20 years of collaborative work.

Deacon, a creative director and haute-couture designer, first met Grand, a British stylist, journalist and magazine editor, some 20 years ago when they worked for Bottega Veneta. The brand was going through a time of change and together they brought photographer Sølve Sundsbø into their clique to help revamp its aesthetic.

“The Bottega Veneta project was a great platform for us to develop and expand our ideas,” Deacon says. “I love and respect both Katie and Sølve’s tastes and levels of experience, which is what makes doing projects together so seductive… Plus we have an exciting time working together.” 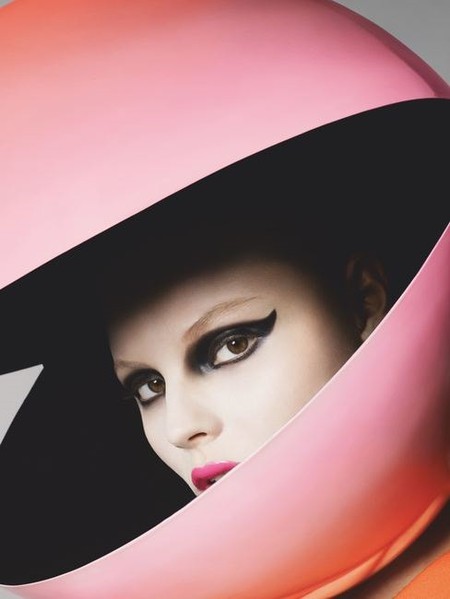 When Deacon left Bottega Veneta to launch his namesake label, Giles, he took Grand and Sundsbø with him. “It felt natural that Sølve should shoot it,” Deacon says during a recent talk he and his two business partners held at the Vicotria & Albert (V&A) Museum. “Katie called in an unknown model called Giselle,” he jokes. Grand follows up with: “Giles’ designs were very strong and they weren’t something that were going to look good on a wallflower.”

Now Deacon, Grand and Sundsbø have created an archive of imagery strong enough to carry a book. “I was looking through an archive box at the studio. I couldn’t think of a comparable 20-year relationship between a designer, stylist and photographer and that to me felt special. The images were much worthier of a book than a box,” Deacon tells Culture Trip.

Shots featured in GilesSølveKatie include their first ad campaign at Bottega Veneta, which Sundsbø speaks about during the V&A talk: “I was so terrified,” he says. “We made a whole wall of woven leather for the backdrop. I remember wondering if that was what ad campaigns were always like. I loved it.” 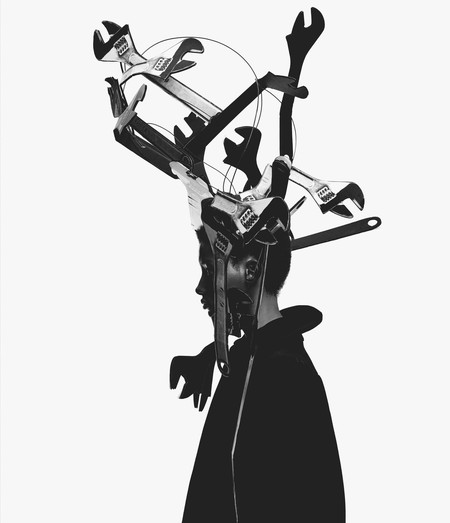 There’s also a close up of Yoko Ono’s rarely-seen eyes peeking out from behind a feather headdress and Bella Hadid wearing a Giles haute-couture creation. The caption reads: “Bella Hadid looking super relaxed in a jacket we made from an Eton schoolboy’s coat that we burnt with crème brulee torch. It brought back memories of my home economics lessons which I got thrown out of for setting fire to things. GILES, September 2015.”

But despite the perfectly polished selection of final shots, it’s the slightly blurry unpublished group Polaroid of Linda Evangelista, Karen Elson and Erin O’Connor that Deacon loves the most: “Until we started putting the book together I hadn’t even seen it,” he reveals to Culture Trip. 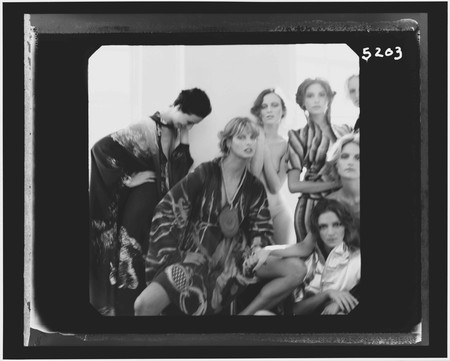 So what makes Deacon’s working relationship with Sundsbø and Grand so successful? “We have a great intuitive way of working [because of] knowing each other so well. It enables us to be very focused with minimal time wasting,” he explains. At the V&A talk, Grand recalls trying to fit shoots into the team’s already jam-packed schedule: “There had to be a lot of trust between us. We had to know that it would be fine, and if it wasn’t then it wouldn’t be the end of the world.”

Deacon describes the trio’s style as being “timeless but with a unique glamour”. He tells Culture Trip: “It’s an aesthetic that we have unconsciously perfected over the years but it was there on some level from the very first collaboration.”

This, and the lack of chronological structure within the book’s pages, makes it hard to pinpoint an image to a decade. Sundsbø puts it down to the subject and Giles’ designs: “If you have something outstanding in front of you then you take a simple picture,” he says during the V&A talk. “It will look timeless because of that.”

Find out more about GilesSølveKatie here.