Fantastic Bakes and How to Make Them 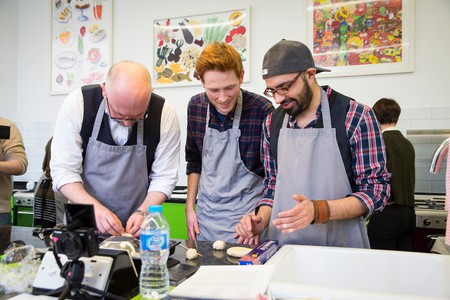 To celebrate the release of Fantastic Beasts and Where to Find Them on home entertainment and digital formats, we tried our hand at baking with GBBO’s Andrew Smyth and his delicious recipes inspired by the blockbusting movie.

Runner-up in last years Great British Bake Off, Smyth guided us through how to make the delicious strudel, inspired by the one seen in the film, as well as his take on the Niffler. Our Food Editor, Andrew Webb, obviously knew his way around a kitchen, but even for a novice such as our Film and TV editor Cassam Looch, the recipe was a simple enough task… or so he claims. 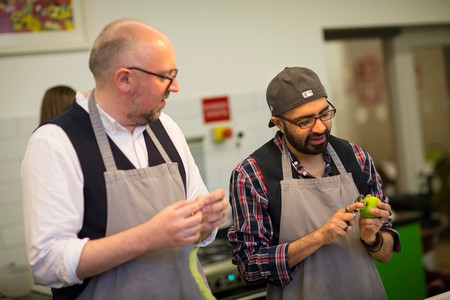 Andrew Webb guides Cassam Looch through the tricky task of peeling an apple.

In the film, Queen (Alison Sudol) shows off her magic skills and produces a strudel at the waft of her wand. It took us a little longer, but with help from Andrew, we were able to pull of the feat. The only injuries were two slightly cut fingers, so all in all, not a bad result. 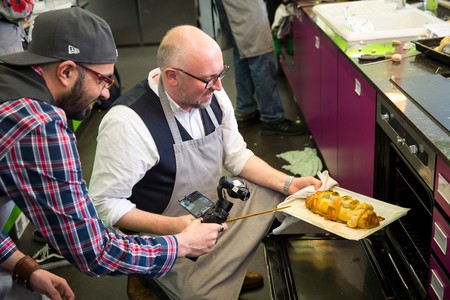 We then moved onto to baking our own Niffler, the creature that torments Newt Scamander in the film more than any other. The recipe itself was fairly simple, but as ever, it was the baking process that proved to be the trickiest part of the day. Smyth was used to working under intense pressure, following his time in the Bake Off tent, so was able to talk us through it all. It’s fair to say though, his effort easily outshone ours! 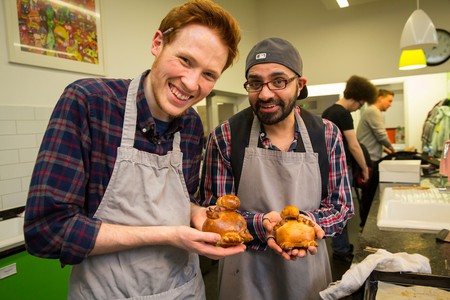 Here’s our exclusive interview with Eddie Redmayne where he explains how his character in Fantastic Beasts and Where to Find Them fits in the Potterverse.

Fantastic Beasts and Where to Find Them is now available on Blu-ray and DVD.