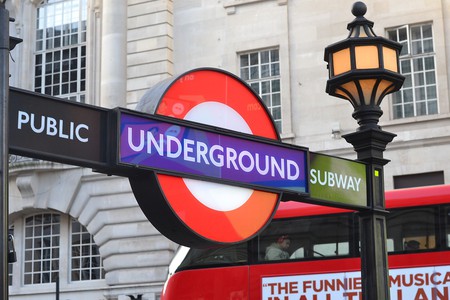 Technicolour tube maps, world-famous roundels, and unmistakable red busses are just some of the designs that are encountered on a daily basis in London, which through time, have grown to be iconic symbols of the city, referenced in popular culture and imitated in bustling cities across the world. Now the London Transport Museum’s latest exhibition, ‘Designology‘, reveals the story behind these icons, showing us how the designs for London’s Transport System, be these functional or familiar, were developed and changed over time, shaping the way locals and visitors alike can see and experience London.

Described as ‘a celebration of London’s internationally recognised iconography’, Designology explores the influence design has had in over 150 years of public transport running in the capital. Materials, graphics, products and prototypes, along with written information, adorn the exhibition’s two floors. As you journey through, you’ll see designs of the early years, such as the London General Omnibus and the Underground Electric Railways Company, and how they were implemented and developed into modern times. Today, Transport For London has a host of graphic, industrial, product, and architectural designers that work on anything from vehicle interiors and exteriors, station architecture, street furniture, uniforms, tickets, signage and branding.

There’s also the Designology Studio on the first floor of the exhibition. The studio guides you through the design process of current TFL-related products and services, be it architecture, maps, or vehicle interiors. And on select dates, resident designers will be in-house offering talks and workshops for members of the public. 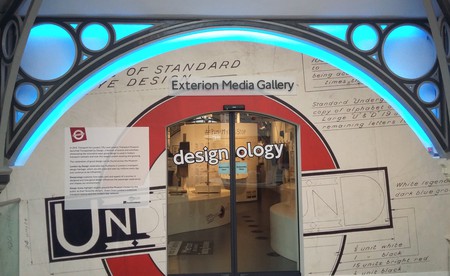 London’s earliest form of public transport came in 1829 with horse-drawn omnibus services. In 1863, the Metropolitan Railway was built, becoming the world’s first underground railway station and it used gas-lit wooden carriages, with electric trains slowly introduced in the years that followed. In 1902, vehicular omnibus services were introduced, and the London Electric Railways Company was formed, which unified the various underground companies that were in operation and led to what is known as the London Underground. Soon tubes, busses and trams would all operate under the London Underground brand name which remained until the year 2000, where a publicly owned transport corporation, Transport For London, took over. Today TfL is responsible for the underground, overground, DRL, TfL Rail, trams, busses, bicycle, Emirates Air Line, Dial-A-Ride, and river services. 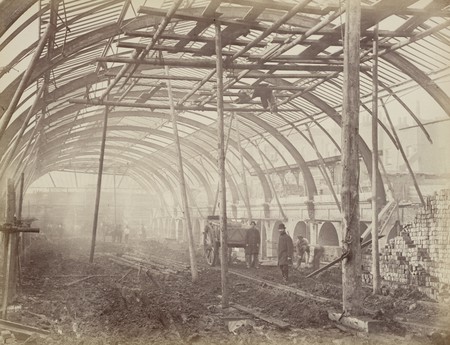 Whether it’s maps, trams, or train tickets you’re after, you’ll find in-depth information about the development of all the designs that encompass the London Transport System, complete with imagery and physical samples that LTM have saved throughout the years.

In addition to this, there are two fascinating case studies to look out for. Firstly, there’s a feature on New Johnston Typeface that explores the development of the London Underground’s typeface that has been used for over 100 years. Moquette is also worth a look, as it highlights the vibrant, durable upholstery designs that have been used on the underground and on busses over the past century.

And so there’s something interactive for the young ones (or the young at heart): you can have a go at ‘Pimp My Bus Stop’ where, with the colouring pencils provided, you can show the London Transport Museum how you would design a bus stop in order to make waiting times more fun! 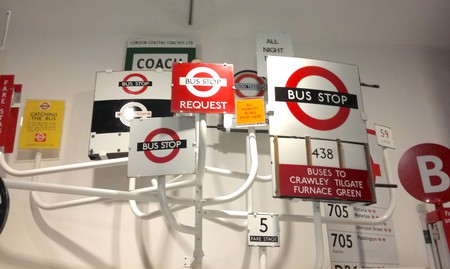 And as an essential compliment to Designology, it’s well worth checking out the rest of the museum, as it tells the story of London’s use of public transport over the past two centuries. Themes to explore include London at war, the underground, future travel, and, in the ‘Transportorium’, you can step back in time by taking a seat in a classic carriage or in the original Routemaster bus. 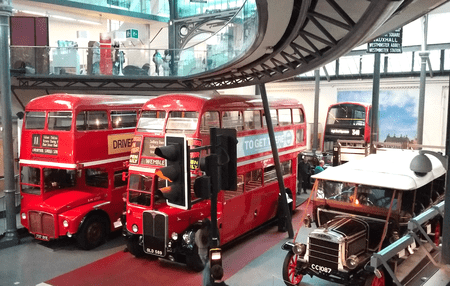