All You Need to Know About Trooping the Colour 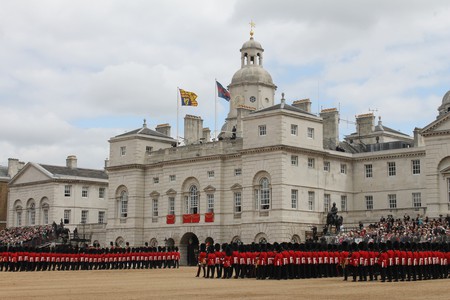 Every year, thousands of people line the streets of central London to watch one of the most impressive displays of pageantry and tradition in the British calendar. Few events are so full of pomp and ceremony, but what exactly is Trooping the Colour?

Trooping the Colour is a military parade held to celebrate one of the Queen’s two official birthdays. It’s been a royal tradition since 1748, but has even older origins.

On the second Saturday of June each year, more than 1,400 of the Queen’s personal troops, known as the Household Division, take part in the parade. You can hear the soldiers before you see them, thanks to the imposing rolling drums of the 10 military bands on display, featuring a total of more than 400 musicians. 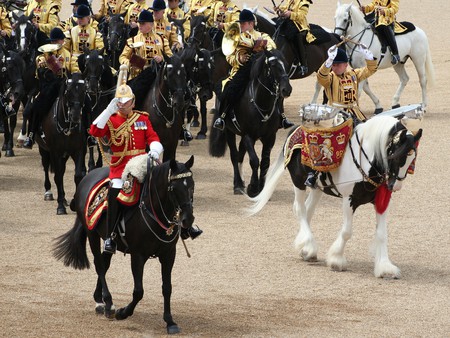 It kicks off at 10am, when the Queen leaves Buckingham Palace and travels to Horse Guards Parade by carriage; a journey she used to make on horseback when she was younger. First, she receives the Royal Salute from army officers, before performing an inspection of her troops.

The name ‘Trooping the Colour’ refers to the ceremony of parading a military flag in front of the Queen. ‘Colour’ is the name given to the flags of the different regiments of the British army, which were used as a way of making sure soldiers could identify their correct units during the chaos of battle. In order for troops to know what their flags looked like, they needed to be displayed regularly and thus a military tradition was born.

The reason it became a royal birthday tradition is due to Britain’s notoriously unpredictable weather. King George III feared conditions would be unsuitable to hold a celebratory parade for his birthday in November, so instead combined it with Trooping the Colour, which took place in the summer. 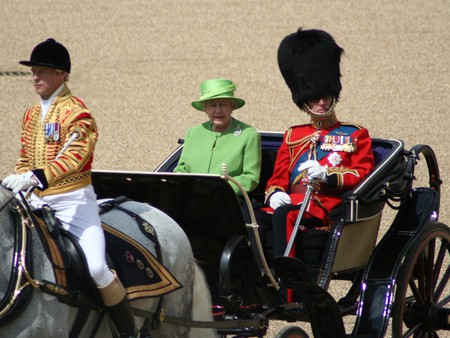 This means that, while the Queen was actually born on April 21st, she has a second official birthday in June, on the same day as the now ceremonial Trooping the Colour. The Queen has attended every one of the yearly occasions since becoming Queen in 1952, except in 1955 for the rather prosaic reason that there was a national rail strike.

After displaying the ‘colour’, the Queen and a whole host of other royals return to Buckingham Palace where they go to the palace balcony to watch the Royal Air Force fly past at 1pm, before a 41-gun salute is fired in nearby Green Park to mark the occasion.

While official tickets for the event at Horse Guards Parade have long sold out, anybody can head down to The Mall to watch the royal procession heading to and from St James’s Park, as well as the RAF fly-past. Alternatively, you can watch the whole thing from the comfort of your sofa on BBC1.