Everything You Need to Know About British Vogue's Venetia Scott 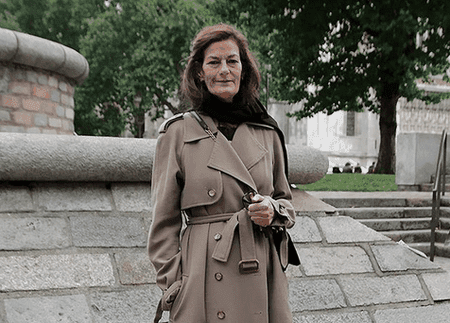 When Edward Enniful was appointed creative director at British Vogue last year, it marked a shift in the way that the publication was set to develop. He brought with him none other than stylist, photographer and creative director Venetia Scott, who now takes over Lucinda Chambers’ role as Fashion Director of the prestigious publication. Here we take a look at her career and achievements to date.

Discover the best British fashion podcasts to listen to here.

When you take a look at Venetia Scott’s illustrious CV, it’s clear to see why Edward Enniful made her his first appointment at one of the UK’s most well-respected fashion publications. Starting out as part of the Conde Nast family in the mid-1980s, she secured perhaps the most yearned-for junior job in the industry at the time, assisting then Fashion Director at British Vogue, Grace Coddington. When Coddington left Vogue, Scott did too, and she took her career and her learnings into the world of freelance. Creativity and innovation have always been key to both her work and her personal aesthetic and her talent continued to flourish as she went on to work for the magazine’s Italian counterpart as well as contemporary names such as AnOther Magazine and i-D.

The 1990s saw a shift in what was considered to be ‘cool’ in fashion (think Kate Moss’ wardrobe circa her Pete Doherty era) and Scott’s work reflects the darker, more rebellious aesthetic that took over not just the pages of print publications but the industry in general. She has reportedly stated that her inspiration came from her family’s style; her older sister’s carefree, rock’n’roll approach to getting dressed in the morning and her mother’s retro 1970s glamour. The models that she cast were controversial and each image produced tells a story. Looking back over the archive, there is little that is conventionally ‘pretty’ or feminine about the shots that Scott produced. Perhaps it is this combination that makes her work so intriguing still today?

Before long, Scott’s career took a tangent and in 1997 she started consulting for Marc Jacobs – its mainline collection, diffusion line and accessories label – where she later became Creative Director for a further four years. Her next move was in 2005 and into photography. Behind the lens she secured positions not just at the aforementioned publications but at Dazed and Confused, American Vogue and Vogue Paris as well; proof that there is seemingly no end to this inspirational woman’s talents.

Chatting with Vogue upon her appointment as Fashion Director, she said that a great image should be something that stops readers in their tracks, ‘that affects you in some way’. So it seems fair to assume that there’s set to be a shift in the magazine’s aesthetic going forward. Reflective of her previous work or not, we can’t be sure, but exciting it certainly will be.

This is how we do it, with thanks to @mercedesbenzuk. #LFW #OnTheRoadWithBritishVogue